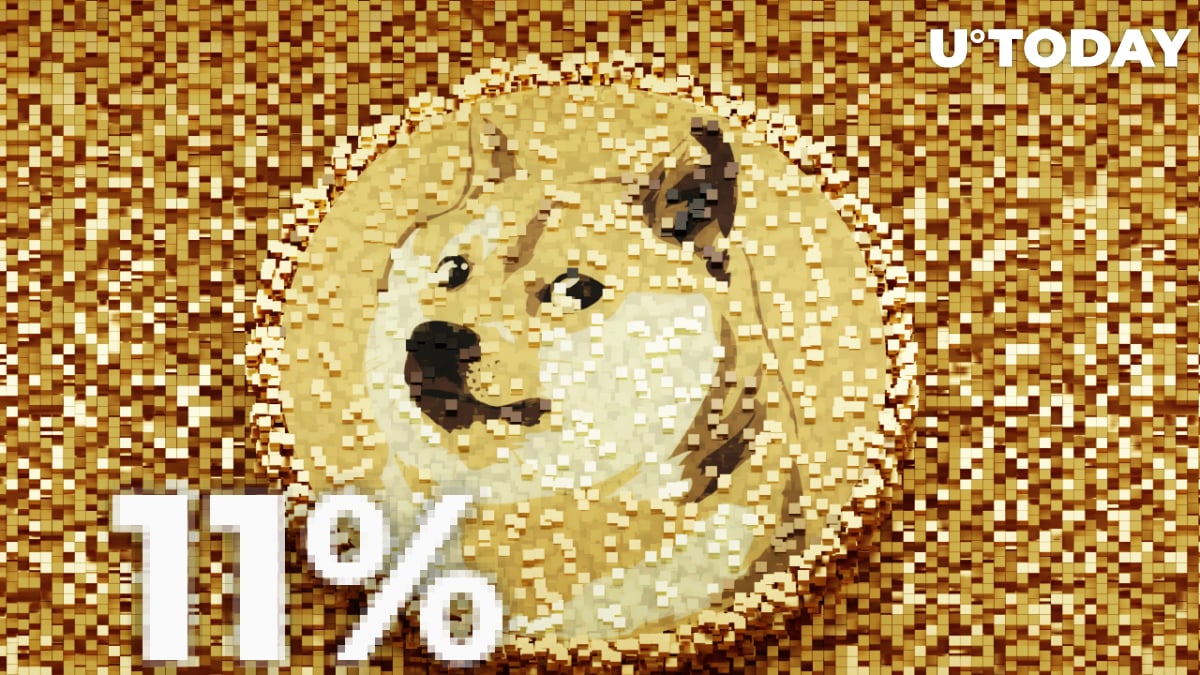 Following the Dogecoin Core 1.14.5 update announcement, the meme-based coin jumped in price by 11% but then rapidly retraced, losing approximately half of the day's profit, according to TradingView.

Another reason behind the sudden growth of the coin is the rally on the cryptocurrency market, which is now valued at $3 trillion. But the main fuel for the growth is the update, which led to the reduction in fees that has been endorsed by Elon Musk.

The fee reduction has also been warmly welcomed by the Dogecoin community, which is always up for the further decentralization of the network.

In addition to the reduction of transaction costs, the update also improves the network's performance by fixing preexisting vulnerabilities that have caused issues for Dogecoin users.

The rapid retrace on the market has most likely been caused by selling pressure close to the $0.3 price, which is the local top from which Doge retraced back to September's value.

Dogecoin has been steadily moving in an uptrend since the beginning of the month, gaining 43% in total with a local peak at $0.34—reached in August. At press time, Doge is trading with a $37 billion market capitalization, adding 7% to it.