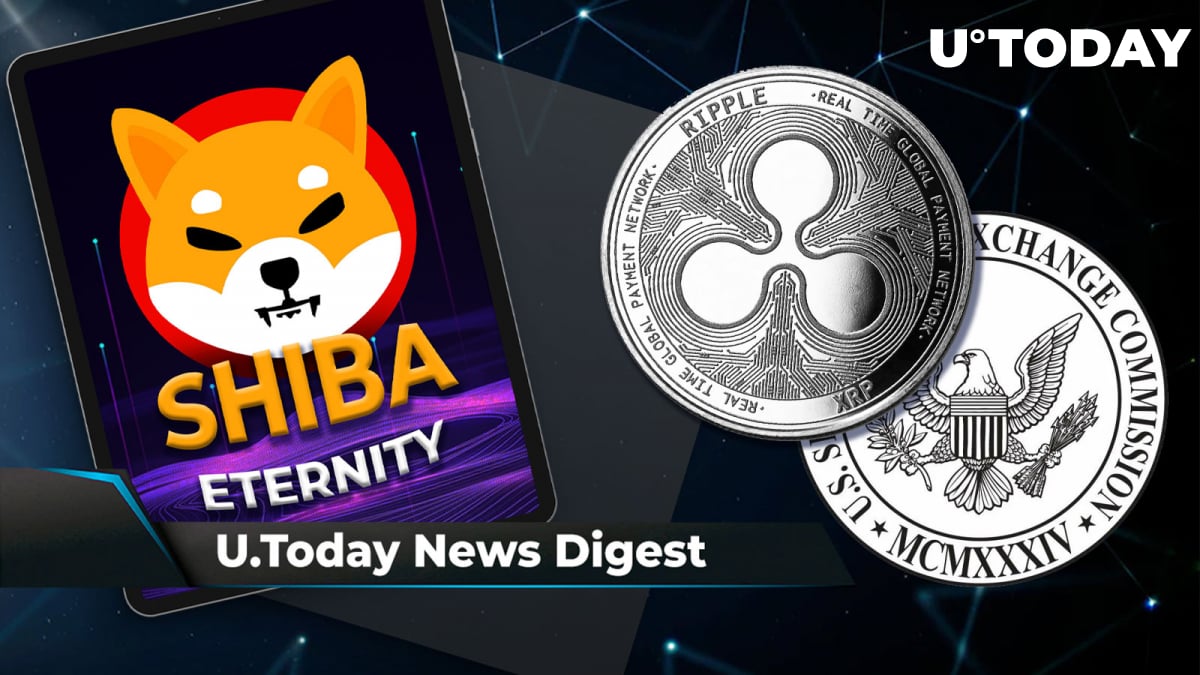 The SEC has been criticized by Ripple for attempting to prevent two XRP-friendly firms, I-Remit and TapJets, from filing amicus briefs in the case. In their letter-motions, both companies argued that XRP was vital to their business models: I-Remit relies on Ripple's ODL solution, while TapJets needs XRP to make it possible to quickly book charter flights. The regulator stated that these arguments should have been adduced by the defendants, and that the firms failed to explain how their usage of XRP depends on the case’s outcome. Ripple replied that I-Remit and TapJets are independent third parties that are not connected to the litigation, accusing the SEC of "mischaracterizing" their briefs. Ripple’s legal team believes that the briefs in question could refute the agency's talking points that revolve around every purchase of XRP being an investment.

As reported by Financial News, SWIFT, the global payment and messaging network, is inching closer to switching to the ISO 20022 standard. The transition will take place this November, making the new message format available for roughly 11,000 banks. According to the JPMorgan banking giant, it will be one of the most significant changes in the history of banking. As the transition process might take several years, during this period, banks will be using both old and new standards. Originally, SWIFT was expected to switch to the ISO 20022 standard last November, but its migration was delayed by a year back in May 2020. Ripple joined the ISO 20022 standardization committee as the first blockchain payment company more than two years ago.

Yesterday, Shiba Inu's official Twitter account posted an announcement, according to which Shiba Eternity collectible card game has finally gone live across the world on both Android and iOS devices. Shytoshi Kusama, lead developer of Shiba Inu, is now putting the finishing touches on the released game, saying that he is finishing up a comprehensive players' guide for it. As reported by U.Today, the Shiba Inu team claimed that Shiba Eternity would be the most complex collectible card game release to date. The game features 10,000 Shiboshi heroes, 500 collectible cards, 87 card traits and much more. The team aimed for a high number of downloads, and their expectations were fulfilled: on its first day of release, Shiba Eternity was downloaded more than 10,000 times on Google Play and even made it into the top 20 games on Apple's App Store.

Former director of development at Ripple, Matt Hamilton, has taken to Twitter to explain the difference between Bitcoin and other cryptocurrencies. In his opinion, the main difference is that Bitcoin revolutionized and proved the concept of artificial digital scarcity, and all the other cryptos are “where the actual innovation is now happening and business models are forming.” At the same time, we cannot say that Bitcoin technology is not being addressed. Lightning Labs recently released a test version of Taro, a new software that will allow BTC developers to create, send and receive assets on the Bitcoin blockchain. Besides, Bitcoin contributes $381.4 billion of the total $916 billion crypto market capitalization, with its dominance reaching a comfortable level of 41.75%. Thus, for now, Bitcoin remains the main cryptocurrency on the market.