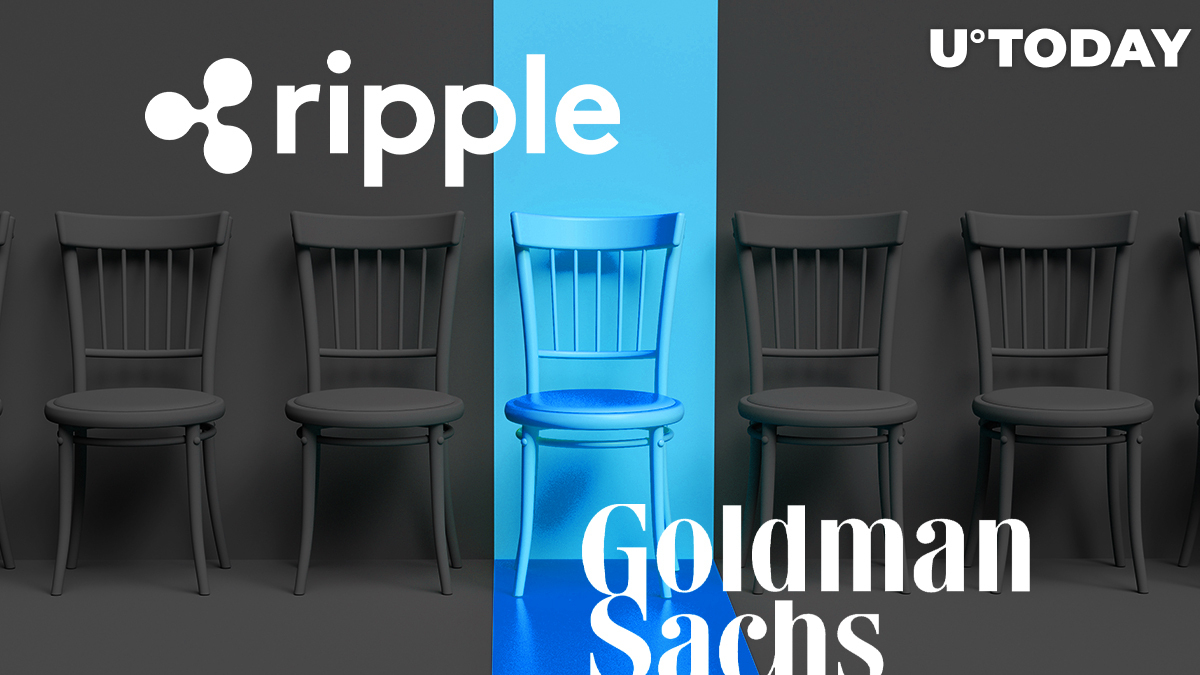 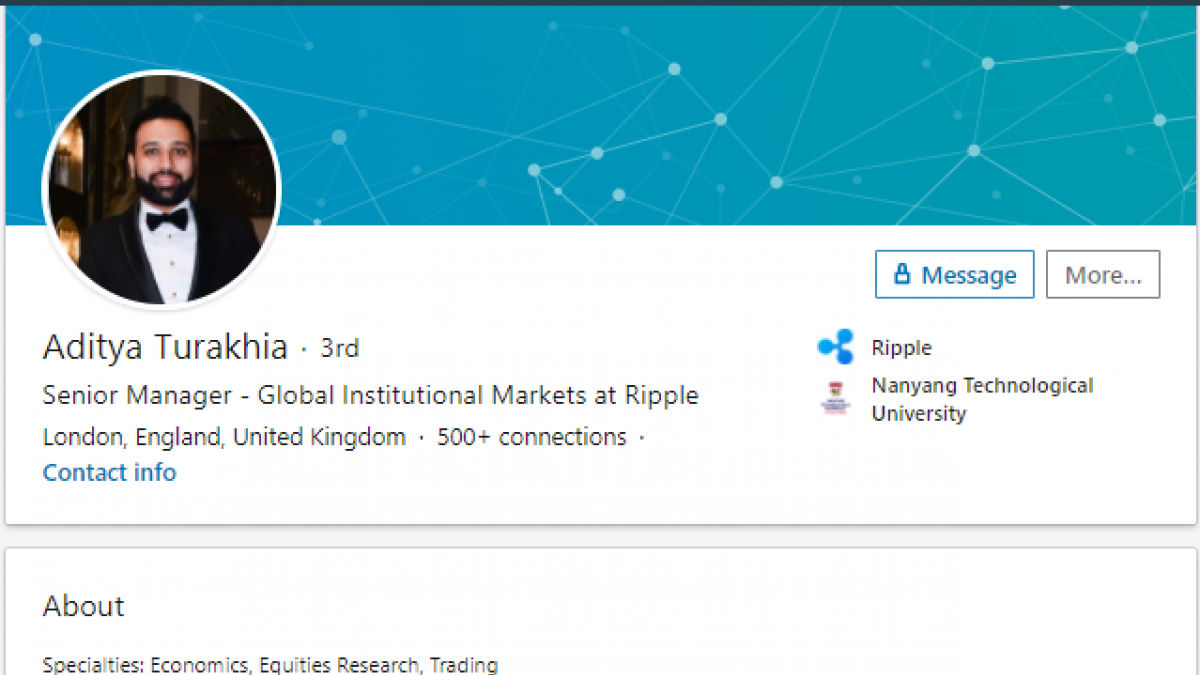 According to Aditya Turakhia’s LinkedIn page, the Executive Director in charge of Global FX and Emerging Markets Franchise Management has been working for Ripple in the UK since August 2020. He works full time as a senior manager of global institutional markets.

Turakhia previously worked for Goldman Sachs for more than seven years, since 2013, and changed positions multiple times until he was promoted to the post of Executive Director of Global FX management.

Millennials change their top jobs in banks to work with blockchain

Back in 2018, many millennial executives from banks and other traditional financial institutions started leaving their well-paid jobs to join companies working in the nascent spheres of DLT and crypto.

Some were simply giving up their jobs in banks because they began living off the profits from crypto they had acquired earlier. 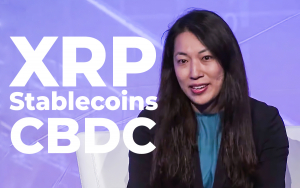 In November 2019, Ripple CEO Brad Garlinghouse stated that his company counted more than 300 customers. The majority of those are financial institutions.

However, according to a recent article in The New York Times by the technology writer Nathaniel Popper, some of Ripple's major customers—such as Spanish Santander banking giant—are not interested in utilizing XRP for cross-border payments.

Popper shared his view that Ripple may be misleading its investors about banks using their XRP coin in the future and that Ripple plans to become a version of Amazon but having to do with payments.

This article and its author faced a backlash from Garlinghouse on Twitter, who stated that Ripple is not changing its original business.