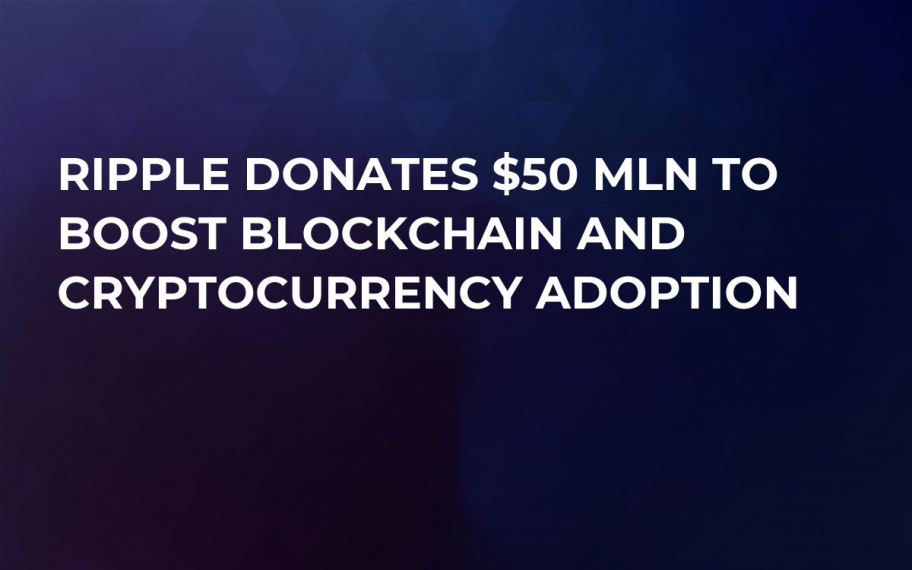 The funds will be used to accelerate the research and development of Blockchain, cryptocurrency and digital payments at 17 universities including the University of North Carolina and a research institute at MIT.

Ripple, whose primary focus is developing faster settlement and payment platforms for banks, has announced a series of partnerships with financial institutions including US-based MoneyGram, Western Union, American Express and Santander, since the beginning of this year.

The impetus for the initiative has been a sharp increase in the Blockchain and cryptocurrency job market which has soared 150 percent within the past year.

"As globalization increases, so does the demand for technological solutions and talent to solve the world's hardest financial problems, such as retail remittances."

While some projects will involve Ripple and the XRP digital token, not all of the projects will be focused specifically on Ripple or XRP and the donation will be in fiat, not cryptocurrency, the company said.

The partnership may be a strategic move by the company to boost specific use cases for its currency as price correlation between Bitcoin and other cryptocurrencies continues to diverge and prevent the XRP token from dropping further.

Brad Garlinghouse, CEO of Ripple, said in an interview with CNBC last week:

“There’s gonna be a bit of a correction along the way here where a lot of the players in the space that don’t actually solve a real problem are going to get washed out.”

Ripple, the third largest digital currency by market capitalization, has lost more than 70 percent in value in the first quarter of 2018 since its year-to-date high of $3.16 in January and is trading at a meager $0.65, according to data compiled by Coinmarketcap.