Retail Sales Moving to Internet, So Money Will Too

David Dinkins
With the Internet pervading every aspect of our lives, including shopping and entertainment, it makes sense to give up physical money for digital currency 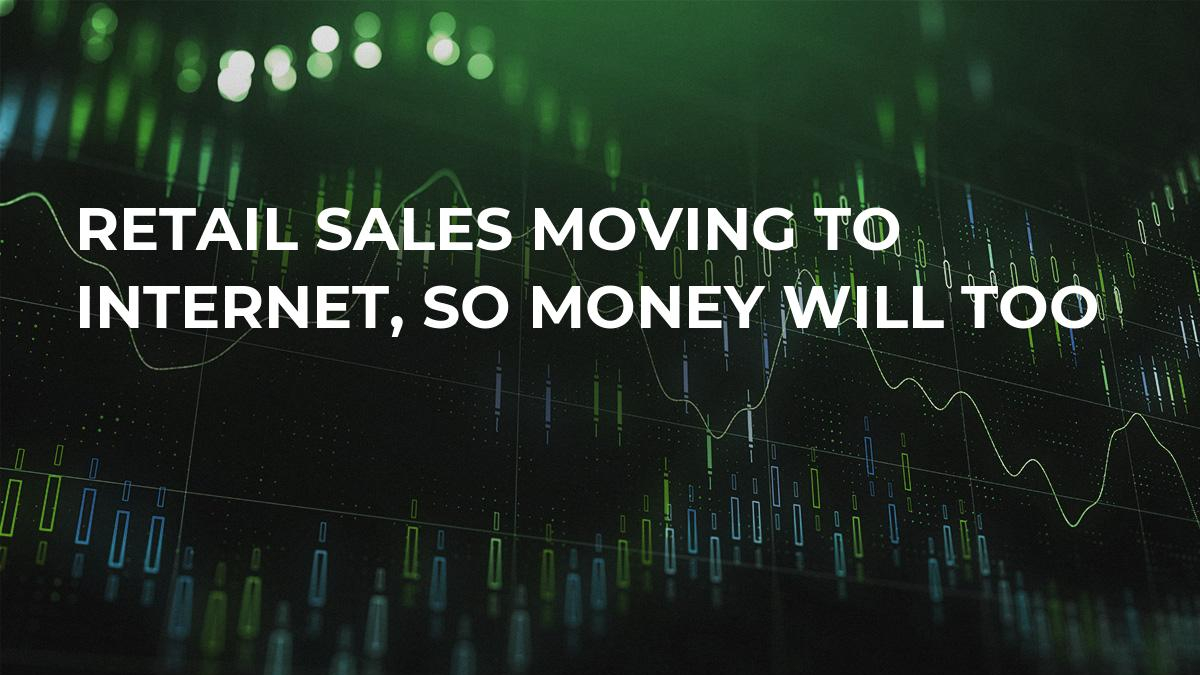 Have you heard? The Internet is winning.

Last year’s holiday shopping season was the first time more shoppers planned to go online than into a physical store. In 2017, 55 percent of respondents said they would be doing their shopping online, up from 45 percent in 2016, according to Deloitte.

CNBC has released a list of 19 major retailers that filed for bankruptcy last year- some of them more than once. Included are familiar names like Toys R US, The Limited, RadioShack, Rue21 and other. Likewise, in an article entitled “Retail Apocalypse,” Fox Business reports that 23 major retailers have plans to close additional stores this year. CNN Money calls 2017 the worst year in history for retail store closings.

It seems to follow, that if the Internet is having such a massive influence on how we shop, how we are entertained and how we live our lives, that at some point the Internet is going to change how we interact with money as well. While credit cards have done a great job of bridging the gap between paper money and the Internet, something more is still needed. The Internet needs native currencies of its own.

Cutting out the middlemen almost always creates greater efficiency, speed and monetary savings. Using credit cards involves a half dozen or more different businesses working in tandem to make sure that your money eventually ends up in the hands of the retailer. This is fine for now, but a form of money that’s native to the Internet, that doesn’t have to go through the hands of numerous middlemen, that is the ultimate goal. In an era where cryptocurrency begins to take its rightful place as the money of the Internet, massive dumps of hacked credit cards will be a thing of the past.

Brick and mortar stores still comprise 85 percent of retail sales, so there’s virtually no chance that you’ll see cities full of shuttered retail stores any time soon. However, Internet commerce is forcing brick and mortar companies to adapt to a changing landscape. They have to be more price competitive, sensitive to their customer’s needs and adaptable.

Cryptocurrencies aren’t going to destroy banks - not now, not ever. But they will eat into banks’ profits, and force bankers to change their ways. It’s amazing that in an era of instant global communication, near-instant peer-to-peer money transmission anywhere in the world, satellites and the Internet - traditional banks are still only open from 9 a.m. to 5 p.m. They’ve yet to adapt to people’s actual needs, seeing their customers as something to be exploited rather than cultivated.