Eric Eissler
Promising to clean up the ticketing industry, Eventchain takes on a dirty market but to what extent has its presence been felt? 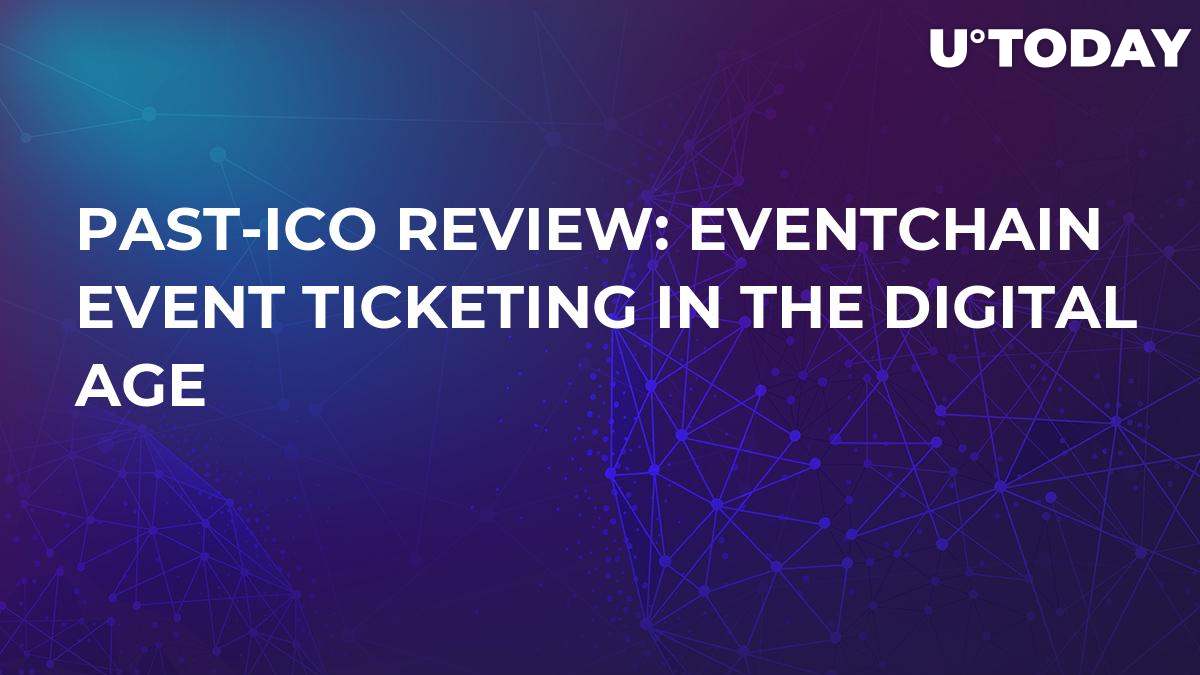 If you live in the US then you know that there is pretty much a monopoly on how you can get tickets to events such as concerts, shows, sporting events, etc., it’s called TicketMaster, and while it was cool to get tickets from them in the 1990s, it is not so cool anymore, because of all the fees. Eventchain is to be the Blockchain-based counter to the, what really did become a “master of all tickets,” TicketMaster. If you don’t have a deal with TicketMaster in your country, then Eventchain is supposed to clean up the scalping and black market for tickets. Let’s take a dive into the finance before getting into the details.

Canadian Eventchain launched its 30-day ICO in on Sept. 13, 2017 and it ran until Oct. 14 of that year. It raised $16.3 mln in funding and the token entered the market at $0.1517 on Nov. 29, 2017. It reached a high of $1.20 on Jan. 20, 2018 and has been sliding down a steep hill since the start of the year. At the time of writing, it is now valued at $0.4915 and it is not looking like things are going to get any better, for this token is taking a beating. But it promises to revolutionize the event-ticketing industry, right? Yeah, it promises, but does it deliver? How many other companies promise to do something but don’t deliver? Too many to count on one hand.

By using Blockchain technology, Eventchain promises to do the following to make the event-ticketing industry a better place:

1.Prevent counterfeit tickets from being created and sold for events

A finite amount of immutable Smart tickets will be available for each event and are tied to an event’s smart contract. Each Smart ticket has a unique sequence number that makes it impossible to be sold multiple times or counterfeited on the network.

2. Provide proof that a ticket is an authentic original ticket

Smart tickets have the ability to maintain data in the form of smart contract code and can be interpreted through the EventChain Oracle, therefore, if a Smart ticket is resold, all of the original ticket information is still on EventChain’s framework and on the Blockchain.

By using Blockchain on the Ethereum network, all sales and ticket numbers can be recorded and tracked, making it a transparent process for all parties involved.

Show me the progress

While the company has some great plans for making the ticketing-industry a better place, it won’t be able to do so until it starts getting the technology out there. While there was a beta release in April 2018, you would think that it would have garnered token support, but if you look at the chart during the time of the release, it was just a steady downward trend. It has been almost two months since the beta release and there has not been any more news from the company on how the release was received nor what the next steps are. With the ICO market the way it is, nothing is scarier to an investor than silence. Radio silence, it’s a killer.