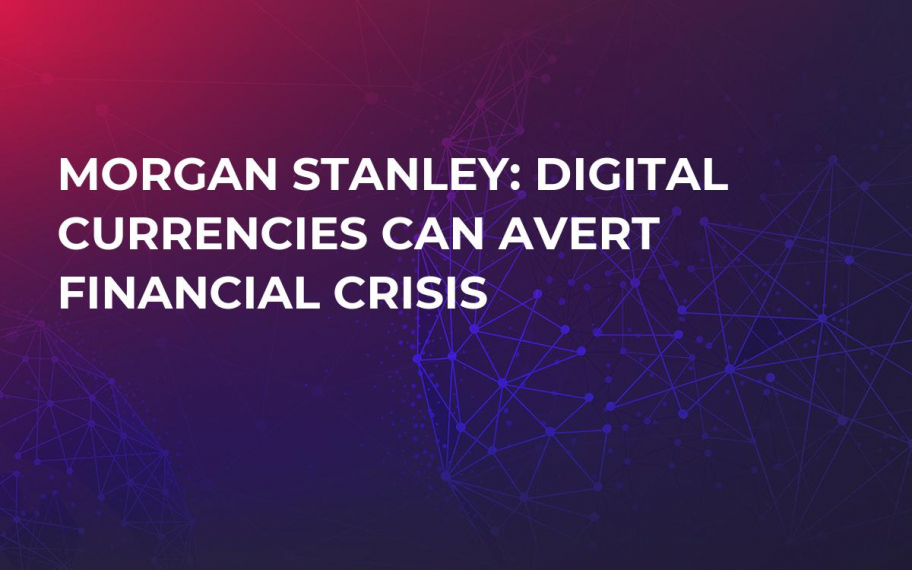 Cryptocurrencies and Bitcoin could help central banks to avert a financial crisis in the future, according to a report released by Morgan Stanley.

While central banks have remained critical of digital currencies and the long-term imposition of negative interest rates, they may serve as a boon during times of crisis.

Sheena Shah, a strategist at Morgan Stanley, said in an interview with Business Insider that a monetary system which is 100 percent digital could enable deeper negative interest cuts by traditional banks which in the past have been capped at -0.5 percent.

Experts say that digital currencies could facilitate the implementation of negative interest rates as monetary policy far better than the existing fiat currency because it’s not possible to account for cash existing outside of the banking infrastructure.

“Central banks would then have to go direct to currency users to implement monetary policy, reducing leverage in the system significantly and cutting GDP growth.”