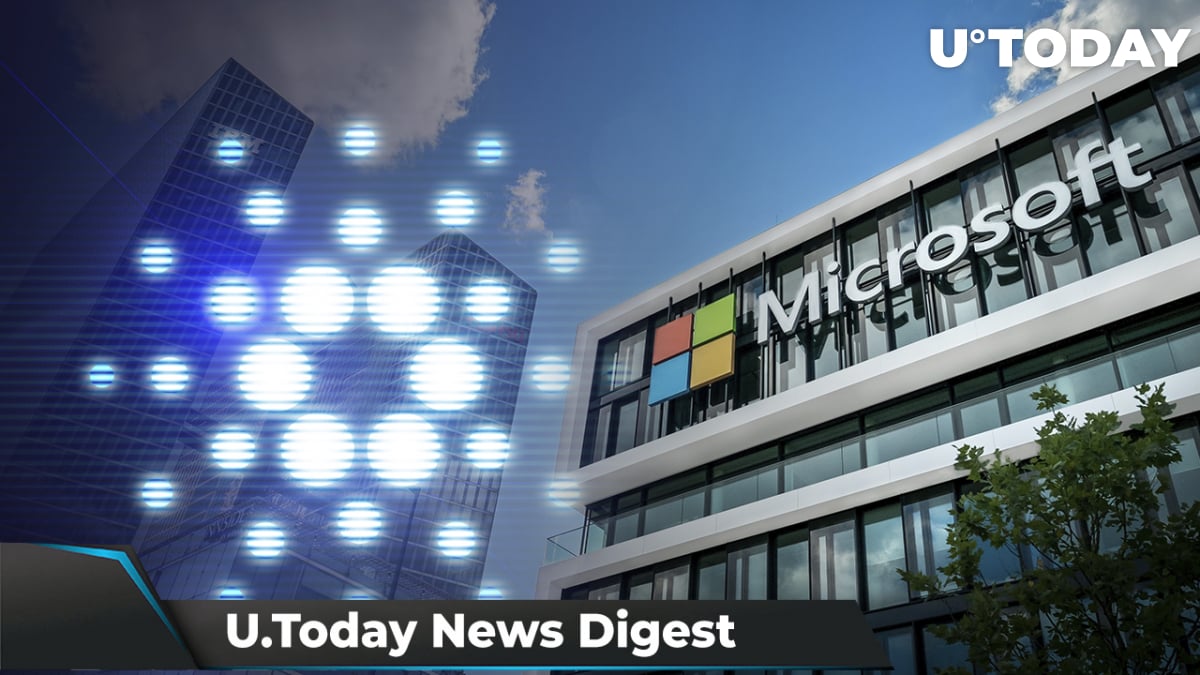 U.Today provides you with an overview of last weekend’s crypto events with the top four news stories.

As reported by Messari on Sunday, Cardano surpassed the two biggest cryptocurrencies, Bitcoin and Ethereum, in both transaction activity and transaction volume. Apart from that, Charles Hoskinson’s brainchild outperformed Bitcoin and Ethereum in adjusted volumes, with a 24-hour volume of $17.15 billion, compared to the latter's $4.67 billion and $4.25 billion. Cardano users also paid lower fees than those who used Bitcoin or Ethereum ($51,985.43, compared to $0.51 million and $19.39 million, respectively).

Microsoft appeared in the center of the SHIB community’s attention after a one-line tweet. The worldwide-known tech giant made a joke about “two types of dogs” that participate in online team meetings, which many crypto community members interpreted as a hint at two popular canine coins. Microsoft has been bombed with replies from the Shib Army; some of them even predicted a potential partnership with the Bill Gates-founded company.

San Francisco-based blockchain decacorn Ripple has become one of the Digital Euro Association’s (DEA) "supporting partners" to help it in its work on a CBDC pilot. According to the DEA’s representatives, Ripple was chosen due to the level of expertise that its team has in the field of central bank digital currencies (CBDCs). Previously, Ripple became the CBDC development partner of the Royal Monetary Authority of the Kingdom of Bhutan.

Here’s how community can burn one trillion SHIB quickly

In his Saturday tweet, Bigger Entertainment owner and CEO Steven Cooper commented on how it can be possible to quickly burn a trillion SHIB tokens. The first step toward this goal is, Cooper says, for the SHIB community to expand to at least one million, and the SHIB Army should hold at least 294.5 million meme tokens. Second, one million holders should start sending $30 worth of SHIB every day. This will help burn one trillion SHIB in total.