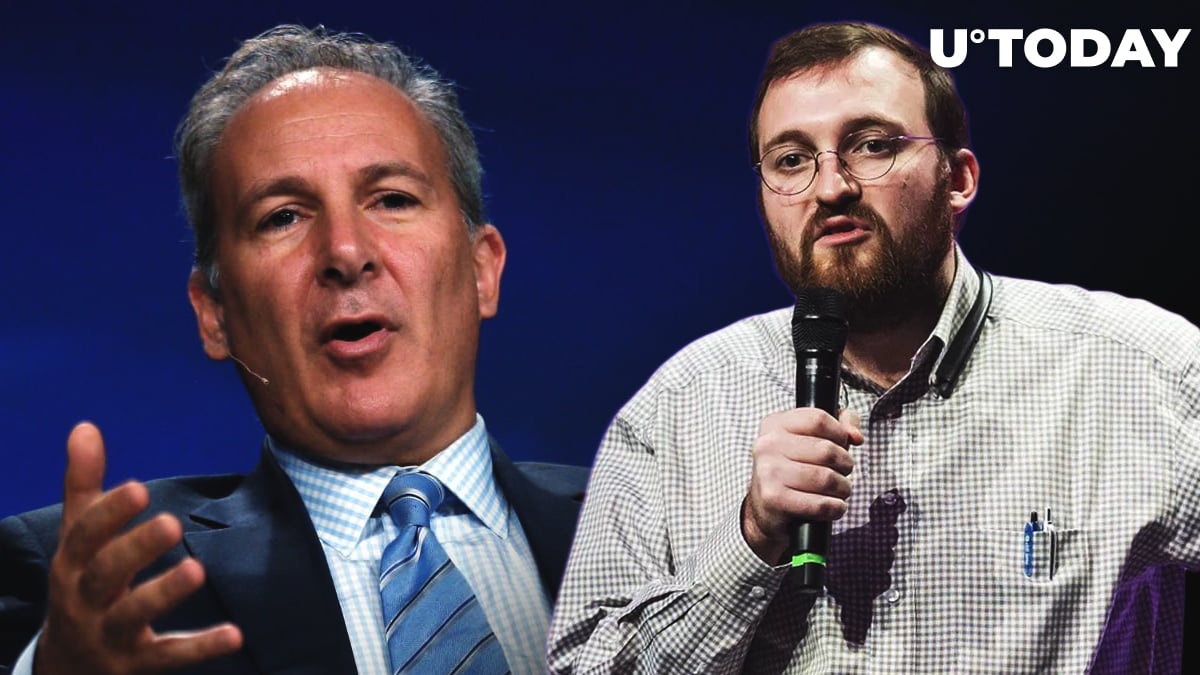 In an expected turn of events, Bitcoin maximalist and RT host Max Keiser praised Peter Schiff as ‘principled and unimpeachable’ in his latest tweet.

Keiser sided with Schiff, an unapologetic crypto critic, to get back at IOHK CEO Charles Hoskinson, who recently responded to the backlash he and other industry participants had faced over ‘PPP’ loans.

Hoskinson was at an impasse

After it came to light that IOHK USA LLC received up to $1 mln worth of bailout money, Hoskinson slammed Cardano (ADA) as a ‘failed project.’

In his video, Hoskinson acknowledged that PPP was a ‘dumpster fire’ and a ‘bad idea.’ That said, he didn’t like the fact that U.S. taxpayers would fund his competitors (and not him):

‘So, I either have a choice of getting some to recover the fact that my competitors just got some free money or to not do that’

Hoskinson also mentioned that Cardano was doing ‘okay’ for a failure. As reported by U.Today, the ADA token recently toppled Litecoin (LTC), becoming the seventh-largest cryptocurrency.

This, evidently, wasn’t enough to assuage Keiser who continued to claim that Hoskinson’s moral flexibility was part of the problem.

Related
Peter Schiff Finally Agrees on Something with Federal Reserve (Spoiler: It's Bitcoin)

After calling Schiff an ‘imbecile’ and routinely bickering with him on Twitter over the price of Bitcoin, Keiser now claims that Schiff shows the cryptocurrency community how to preserve its integrity with his unwavering stance against PPP loans.

The gold bug believes that none of the 600 asset management firms that took the money actually needed it to stay afloat and challenged them to prove him wrong.

Considering how critical the crypto industry is of ‘free money,’ the fact that the likes of ConsenSys and ShapeShift accepted the bailout money sparked quite a controversy.