When Will Bitcoin Be the New Standard in Finance? — Longer Than You’d Think

Jack Thomas
The price of Bitcoin has long been a describer of the progression, but does that mean the cryptocurrency has a long time before it is widely accepted? 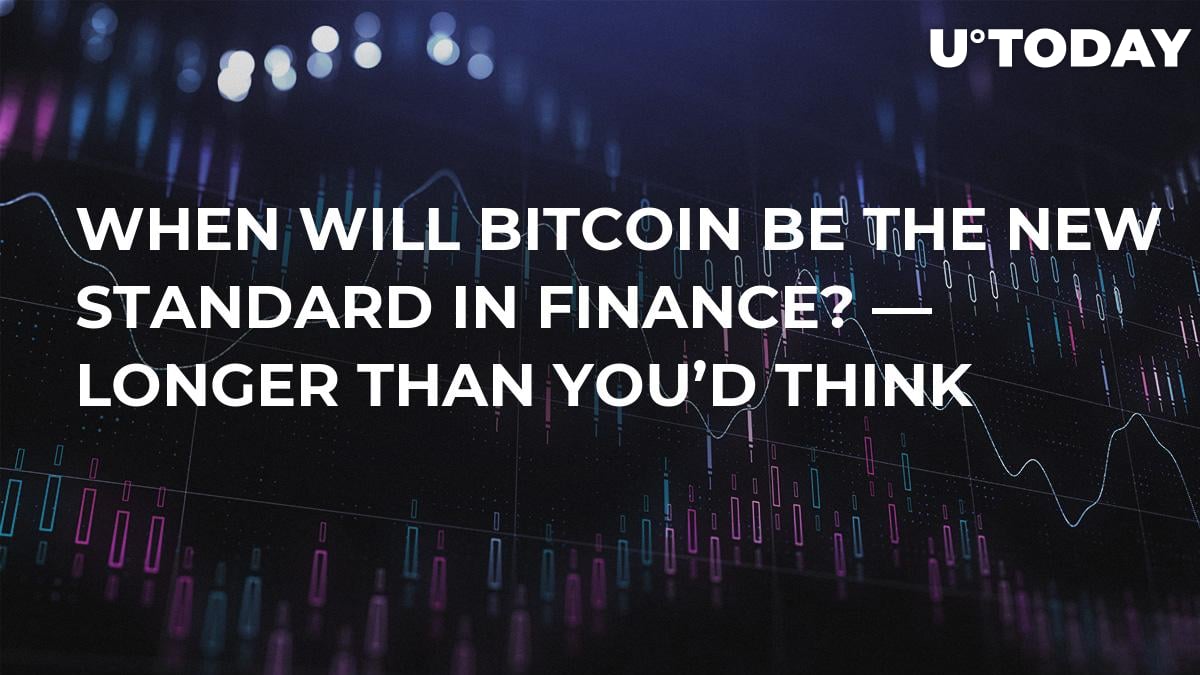 There have been a lot of technologies in the past few years that have garnered a lot of attention in regards to their potential and how they can change the world — blockchain and cryptocurrency have been no different. In fact, the likes of Bitcoin have come to the fore a lot stronger than most in the past few years because of the get rich quick potential that was seen.

Through 2017, especially towards the end, many saw Bitcoin as this revolutionary technology that could not be stopped and would overhaul the financial space especially. However, there is  more than just adoption and interest that determines if a technology, such as cryptocurrency and blockchain, will make it big.

Kaspersky believes that digital currencies will eventually overtake paper money in the future. However, he thinks that will require a new world order, where there’s a single government instead of the many different nation-states that we have today.

“Cryptocurrencies are a great idea, but the world is not ready for them yet. The world must be united if we want to have encrypted currencies. At the moment, governments will want to control them,” said Kaspersky.

It is a big ask, for the entire globe to change its mindset when it comes to financial setting, but for that to happen will take more than an upstart form of technology like blockchain and Bitcoin.

Moreover, Kaspersky believes it could take another century for mass crypto adoption. And even then, the Russian mathematician does not believe that Bitcoin will replace the entrenched legacy of the financial system that’s in place today.

“In the future — perhaps in 100 years’ time — all the world’s governments will be one government. States will unite under the government of the Earth. And only then we will have one currency. Some other currencies may be available, but on a global scale, the currency will be unified.”

“In the future, the currencies will be digital rather than paper. Today’s digital currencies, such as Bitcoin, cannot replace the current financial system.”

“But some of the ideas and techniques on which these currencies are based can be used in the future currency with little modification, leveraging blockchain technology.”

More than a simple change

Kaspersky makes some solid points — Bitcoin has a lot of promise, and it has a lot of potential, but those will not be realised until the the current financial standing is moved. The way money is understood and handled has long been dictated from institutionalised organisations such as Wall Street banks and the likes, and that will need to slowly change before Bitcoin is widely adopted.