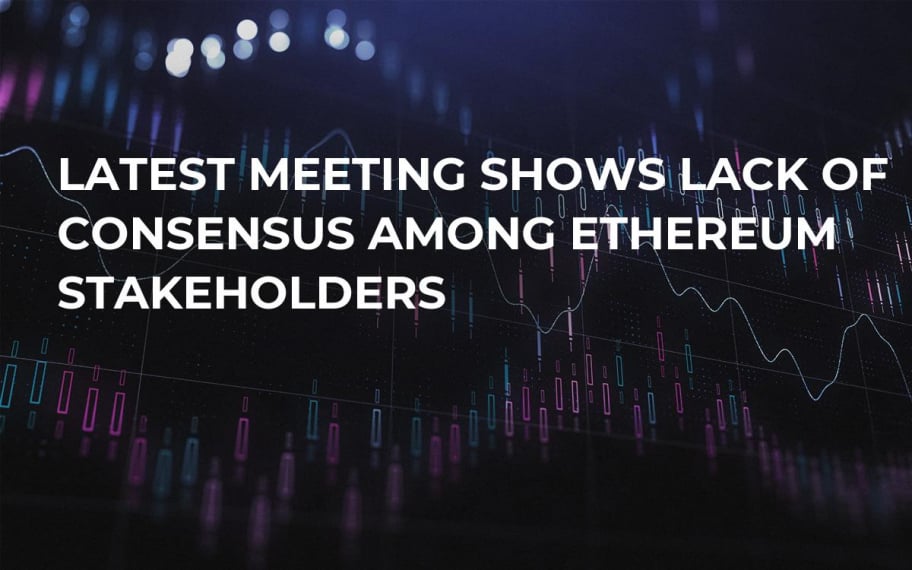 Ethereum stakeholders and developers held a YouTube meeting, which was supposedly designated to determine the future of the second biggest cryptocurrency before a pivotal October upgrade. The much-hyped conversation, however, did not produce any clear outcome, and many top issues remain unsolved, which prompted the need for another meeting that is expected to take place on Aug. 31.

There's a lot at stake

The debate between the stakeholders, scheduled for June 24, was organized by Ethereum's chief communications officer Hudson Jameson. The event was highly anticipated by both ordinary network users and Ethereum investors due to a slew of pivotal questions on its agenda. The network’s core developers were supposed to discuss such divisive problems as coin issuing and ASIC exclusion.

The issuance and distribution of Ether is a matter of paramount importance, so many participants weighed in on the topic. Some of the developers called for the reduction of issued tokens and imposing a limit on the total amount of Ether. Matthew White, one of the proponents of issuance reduction, claims that it would give a substantial push to the coin’s price and subsequently produce a positive impact on the paychecks of Ethereum developers.

However, there were those who opposed the idea. Sparkpool’s chief executive Xin Xu is certain that issuing a different amount of Ether would eventually lead to safety issues.

Ethereum against the ASIC monopoly

Another important topic of their online discussion was devoted to the problem of curbing ASIC mining. By excluding ASIC miners, there would be more room for the slowly dying GPU mining niche. As U.Today reported earlier, Nvidia is already done with crypto because of the plummeting demand for GPU mining equipment. The ASIC ban, which would essentially prevent the establishing of a mining monopoly, is already planned for Constantinople, an upcoming Ethereum’s hard fork.