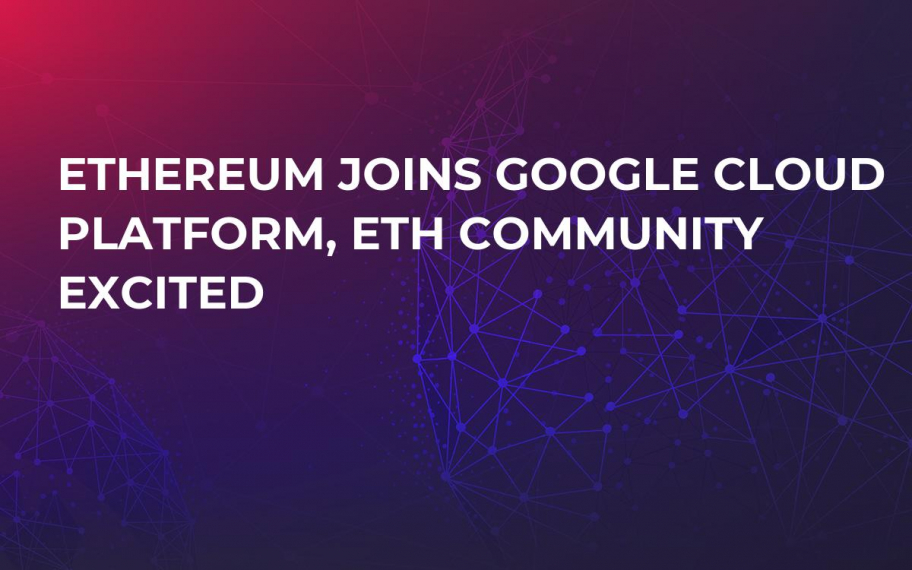 Google’s Sergey Brin recently mentioned to the media that he mines ETH. He also said that for him cryptocurrencies are difficult to understand. However, Google has made partnerships with two Blockchain startups– Digital Asset and BlockApps– in order to create new Blockchain apps for the Google Cloud Platform (GCP) market, enabling users to explore the way Blockchain can be useful for them. Ethereum platform will also take part in this work.

Ethereum users seem to have taken this news with enthusiasm and started openly expressing their excitement on Reddit, being positive that this news demonstrates that tech giants are taking Ethereum seriously.

By making these new collaborations, Google is standing in the line of other tech giants who are beginning to deploy Blockchain and create Blockchain-as-a-service (BaaS) offerings. Among those are IBM, Microsoft and Oracle Amazon Web Services. The latter set up its distributed ledger-powered platform for decentralizes apps in spring 2018.