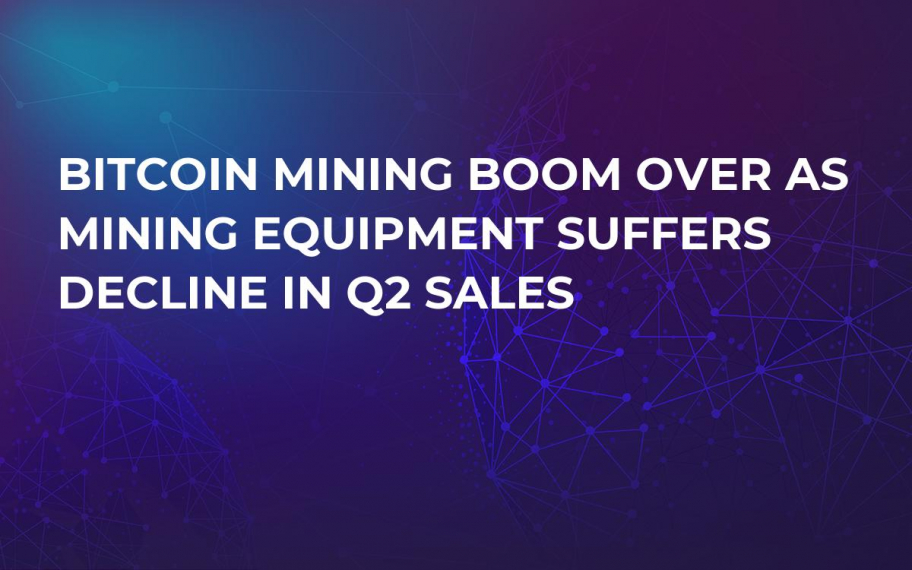 According to a recent AMD report, Q2 definitely wasn’t the season of GPU miners as their sales experience a huge decline. Due to the low demand, AMD isn’t planning to capitalize on Blockchain in Q3.

AMD, while heavily relying on the crypto industry, published a new report, which states that they sold 10 percent less mining hardware compared to the Q1. The California-based microprocessors manufacturer is only predicting a further decline. However, other segments of AMD are expected to mitigate the drop in sales caused by lackluster demand for their GPUs miners. According to ADM’s CEO, they will not rely on Blockchain at all when it comes to their Q3 earnings.

One of the reason why the demand for AMD GPUs miners suddenly fizzled out, may be the prolonging bearish trend in the cryptocurrency industry. Few people want to invest in mining equipment when the whole market is going down.

Other hardware producers are not immune to the dwindling interest in mining as well. As CryptoComes reported earlier this month, NVIDIA currently has GPU overstock issues and faces competitions from mining farms that massively resell old graphics cards at lower prices.

However, Bitcoin’s recent bull run (its current price is sitting at $8,188) may urge miners to buy new mining equipment, so there is a reason for GPU manufacturers to a bit more optimistic.

The dwindling sales may be also contributed to the rising monopoly of ASIC mining manufacturers. Being released for the first time back in 2013, ASIC mining chips are significantly more powerful than GPUs that fail to adapt to the constantly increasing Bitcoin mining difficulty. Bitmain, the biggest ASIC manufacturer in the world, is currently worth $12 bln and has recently occupied a 16-story office in Silicon Valley, so it seems like there was demand for ASIC chips even during Bitcoin’s darkest days. Furthermore, Bitmain’s mining monopoly is expected to extend even further after the recent release of their new flagship miner Antminer Z9.