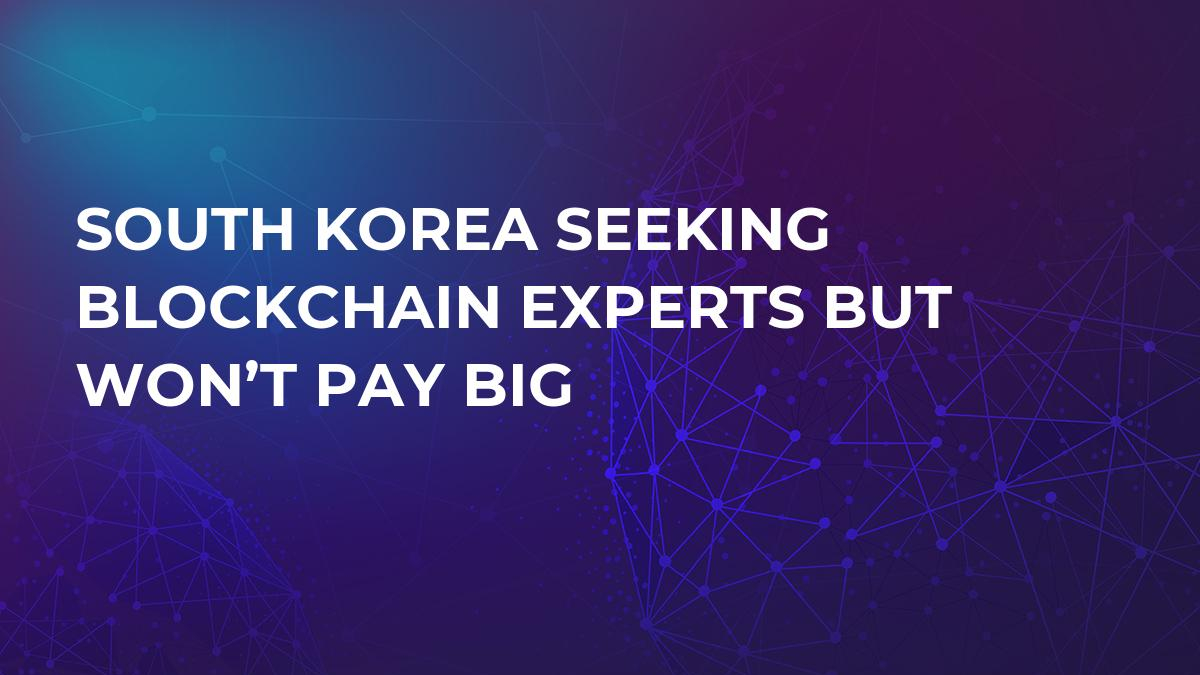 The Blockchain environment is one that is growing exponentially, especially as more and more talent individuals show their worth as employees. However, while there is huge demand for Blockchain talent, South Korea is a nation that is not willing to pay top dollar.

A job fair in Seoul, South Korea, that hosted companies on the scale of Hashed and Bluewhale, who command over $500 mln in capital, was on the hunt for Blockchain developers but they revealed they were being tight with their contract offers.

It is strange to see that developers with Blockchain experience in a country like South Korea are being forced to take packages that are far below the recognised norm for such a big and burgeoning space.

Korea has recently changed its tone with regards to Blockchain with the government looking to build a power Blockchain base by recently licensing cryptocurrency exchanges.

Companies like Bank of America, JP Morgan Chase, and other highly esteemed corporations are exploring the Blockchain market, and because of their interest it is reported that Blockchain developers in the US earn almost $130,000 yearly.

However, anonymous job seeker at the fair, who claims he studied at an Ivy League college, commented that “Korean [Blockchain] companies are cheap. The top guys have no clue what’s going on in the market so they are going to be hurting in the long run.”

“The last place I applied to won’t spend more than three mln Won ($3,000) per month on hires. They raised something like 8,000 BTC! They wouldn’t hire me because they said I make too much money.”

It is symptomatic of a bigger problem in Korea which is suffering a significant unemployment crisis. Highly-qualified Koreans refuse to take up positions that pay low wages, considering it beneath them. This aspect, when coupled with the low pay scales offered by cryptocurrency firms, leads to the startling unemployment rate entering into the sector.

The problem is that because the Blockchain space is so new, experts are hard to come by, but more than that, it is so important to get development of this space right as often projects can have millions of dollars riding on it.

Badly built Blockchain projects made by those with less experience that are happy to take lower salaries can lead to Blockchains that are open to hacks and compromises, which leads to the entire cryptocurrency space picking up a bad reputation.