Monero Blocks Bitmain’s Attempts to Monopolize its Mining With ASIC

Darryn Pollock
After threatening to combat Bitmain’s latest Monero ASIC miner, Monero has gone ahead with an update which will maintain the ASIC resistance 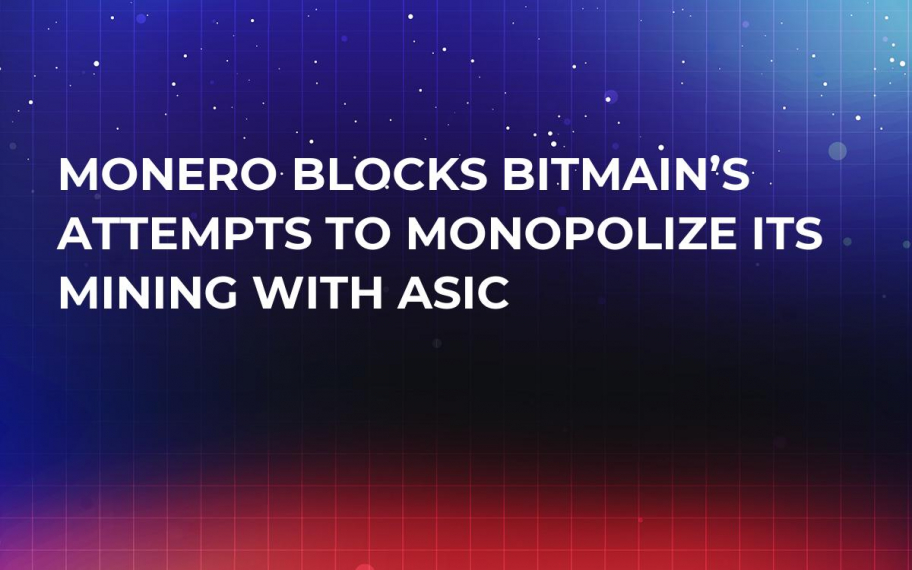 In a battle of cat and mouse, Monero has fired the latest shot at Bitmain after the ASIC mining hardware producer announced it would be releasing their new ASIC-powered Antminer X3 designed to mine Monero.

Monero has gone through with threats they laid out that were designed to prevent the new device from being effective.

The new Monero update, called Lithium Luna, is scheduled for April and the release document for the update states that it “slightly changes the proof-of-work algorithm to prevent DoS attacks by ASICs.”

When the Antminer X3 was added to the Bitmain site, there was an immediate reaction from the author of the Lithium Luna post, Monero lead Dev, Riccardo Spagni. He took to Twitter stating that “this WILL NOT work on Monero.”

It had always been their mandate to fight against any sort of ASIC take over when it came to mining, and back in February, in their blog, they posted as such. Essentially, it stated that they would actively counter any sort of ASIC mining equipment, and have now followed through with this latest update.

Steadfast in their charge

Monero is a cryptocurrency that prides itself on their privacy as well as their ASIC resistance, so much so that despite there being a potential for security risks, the update will go ahead in order to stop Bitmain’s mining influence.