Recently, Justin Sun announced the upcoming release of Sun Network, which he calls Tron’s layer 2 solution in order to provide the blockchain with 100-percent scalability.

Tron already seems to have taken leadership in dApp production from Ethereum and EOS, and now, it is going further.

Tron keeps working to put Ethereum out of business

Justin Sun has been aiming to get Tron to the top of the pyramid of blockchain platforms since it started off on Ethereum. Last year, after Tron got off Vitalik’s platform onto its own mainnet, he openly announced many times that Ethereum is the major rival to be taken over.

Tron has already managed to exceed the amount of transactions per day conducted by EOS and Ethereum together. It has also become the most popular platform for dApps.

Seems like Tron’s founder has been following Ethereum in all of its aspects and improving them. However, it could be that Vitalik Buterin and Justin Sun have been simultaneously working on a layer 2 solution for better scalability of their networks.

Recently, Vitalik has mentioned various ideas for improving Ethereum’s scalability, including the creation of layer 2. 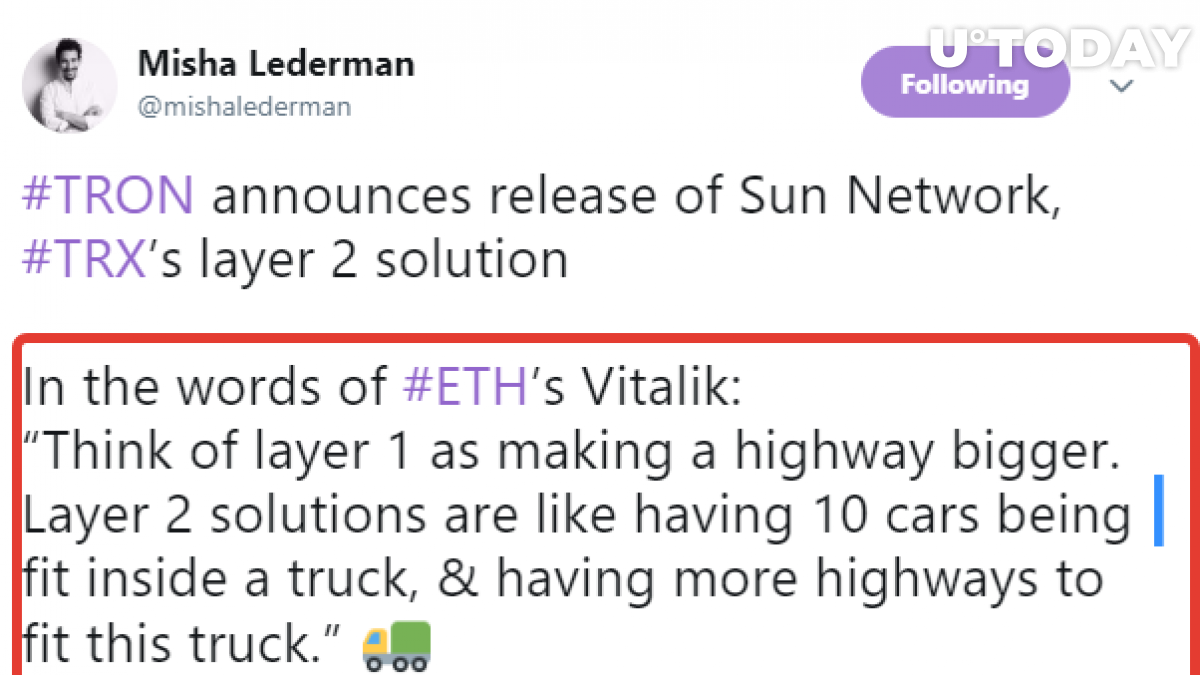 As part of expanding its ecosystem, Tron has recently partnered with Tether (USDT) in order to created Tron-based Tether stablecoins.

Medium reports that in late March, Tron announced an incentive program worth $20 mln to interest USDT users in changing their Tether coins into new Tron-powered USDT. The new stablecoins will be pegged to the USD at a 1:1 rate. The launch of this new asset is expected to boost Tron’s current dApp ecosystem.

The program will be implemented from April 30 to early August. Tron plans to collaborate with major global exchanges, such as Huobi, OKEx, etc, to give financial incentives to users who will convert their USDT-Omni into Tron-USDT. 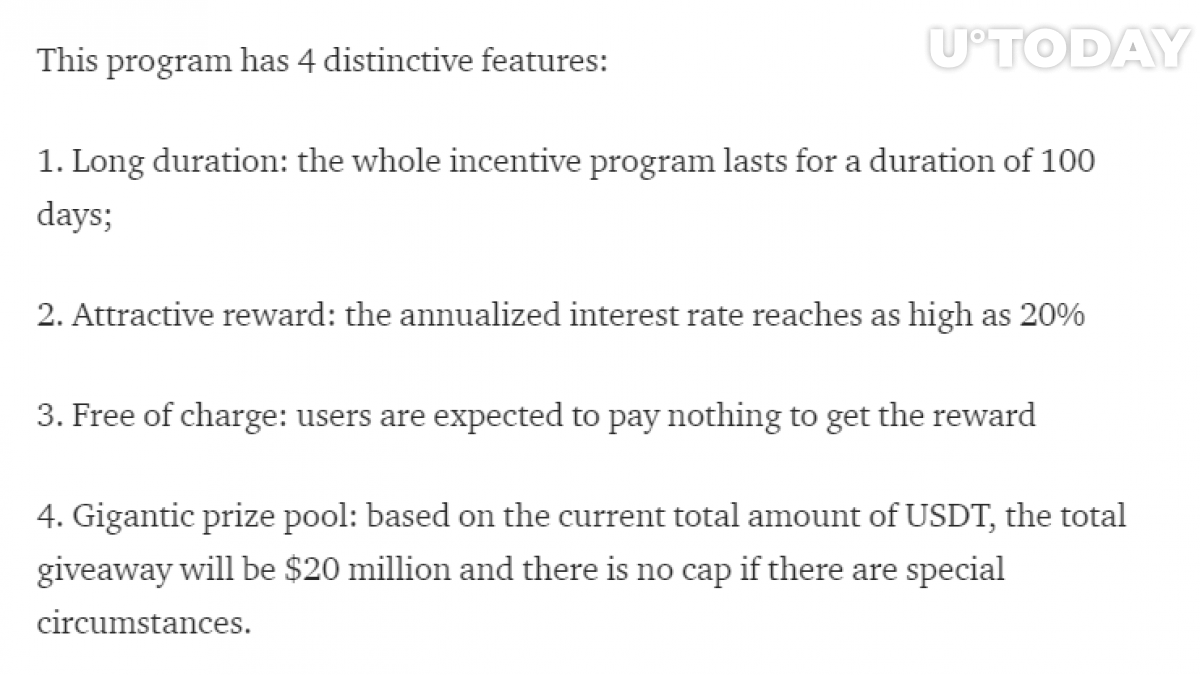