The Economist: Three Reasons Why Bitcoin’s Revival Is Unlikely to Happen

Alex Dovbnya
??‍?❄️The Economist doesn’t rule out a possibility that summer will return after the prolonging crypto winter 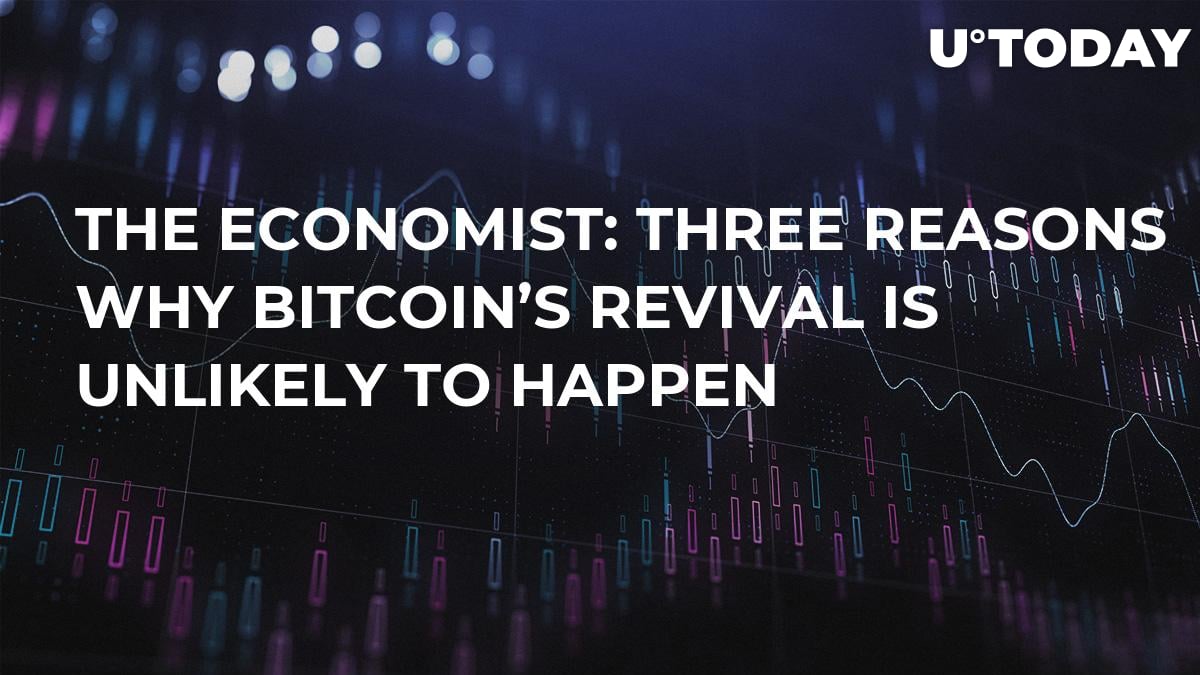 The Economist, one of the leading financial newspapers in the world, has recently published a new op-ed article that crypto bulls won’t like. It states that Bitcoin is unlikely to make a grand comeback after its steep fall in 2018.

Not another dot-com bubble

At the beginning of the article, they bring us back to Bitcoin’s golden times when CBOE launched Bitcoin futures nearly at the peak of the bull market. Bitcoin hit its current ATM of nearly $20,000 and Ripple’s XRP appeared among the best-performing coins of 2017 with a mammoth 36,000 percent price increase in 2017.

However, the bubble eventually popped. CBOE delisted their Bitcoin futures contracts and Bitmain, the mining juggernaut that was once valued at $12 bln, shelved its IPO plans (but not for good). While Bitcoin enthusiasts like to compare it to the dot-com craze in the late 90s that still paved the way to the biggest companies in the world, it might not be the case for crypto.

The three reasons why

The article goes on explaining that there are three major problems that will prevent Bitcoin from testing another ATH: lack of adoption, scalability, and rampant frauds.

Bitcoin, despite celebrating its 10-year anniversary, remains a niche payment option. Only $2.4 bln of Bitcoin's total trading volume in 2018 was attributed to merchant-service providers. On top of that, crypto firm Bitwise Asset Management recently estimated that 95 percent of Bitcoin’s trading volume is a hoax.

Related
Bit…who? How Crypto Exchanges Fake Trading Volumes to Reach For the Top

The second problem is related to scalability – Bitcoin is constantly bashed for the relatively slow transactions that prevent it from reaching mainstream adoption. In all fairness, it is worth mentioning that Bitcoin still greatly outperforms the mainstream remittance services in the scalability department.

Lastly, omnipresent scams are still plaguing this industry. The QuadrigaCX disaster is the latest proof that crypto exchanges cannot be trusted.