Ethereum Is Ceding Ground to EOS and Tron: Bloomberg

Alex Dovbnya
??Ethereum is threatened by its powerful competitors that offer much higher speed 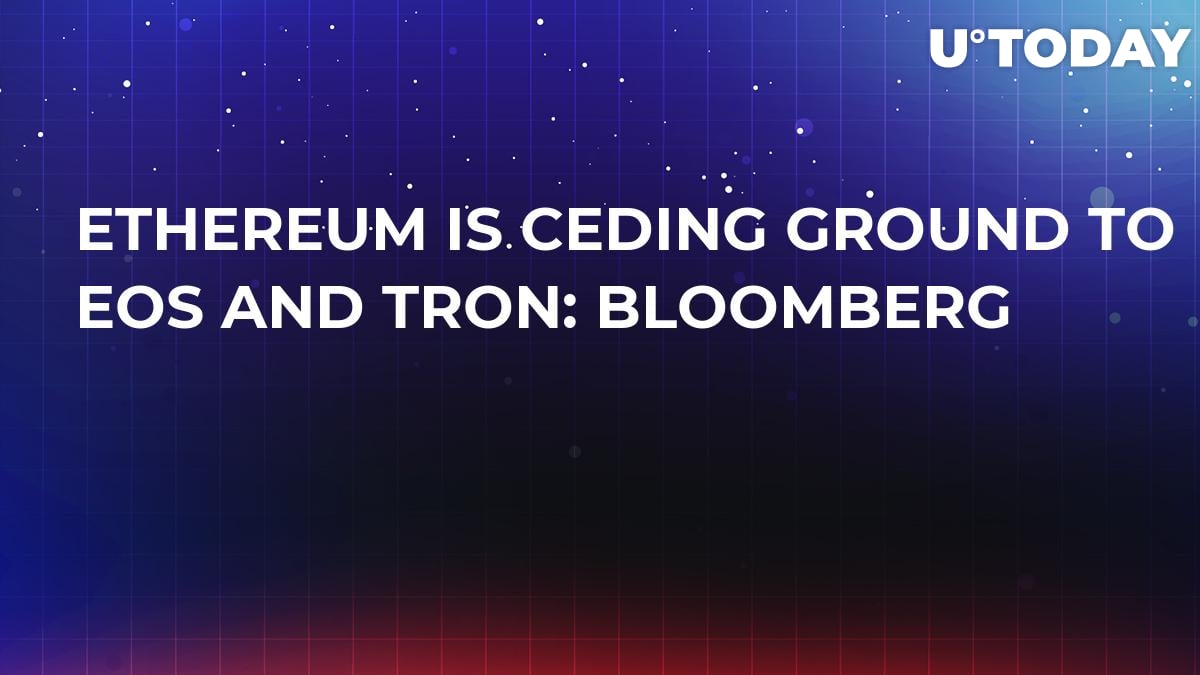 Despite the fact that Ethereum was once considered to be the main contender to overtake Bitcoin in case of the flippening scenario, the second biggest currency is losing its mojo, Bloomberg reports. It is already threatened by Tron and EOS – the two coins offer more robust technology.

Until recently, Ethereum remained practically the only viable choice for investors, but things started to change in 2018. The cryptocurrency space gradually became more crowded, and Ethereum competitors started picking up steam with developers, users, and dApps. Speaking of the latter, Ethereum represents only 28 percent of all dApps (a world of difference compared to its total dominance just a year earlier).

No reasons to stay

DappRadar COO Patrick Barile believes that the main reason why Tron and EOS are outperforming Ethereum in the dApp department is rooted in their transaction speed, which creates a better user experience. The competing network allows confirming transactions in less than a second while Ethereum requires 13 seconds.

Vitalik Buterin, the mastermind behind Ethereum, acknowledges this predicament, but he doesn’t seem to be bothered by the growing competition. The whole process, according to Buterin, is ‘inevitable and unavoidable’.

No matter what doomsayers have to say, Ethereum remains one of the biggest cryptocurrencies with an enormous community and an ICO market that is still pretty much alive. Hence, there is every reason to believe that Ethereum will be able to survive the fierce competition.