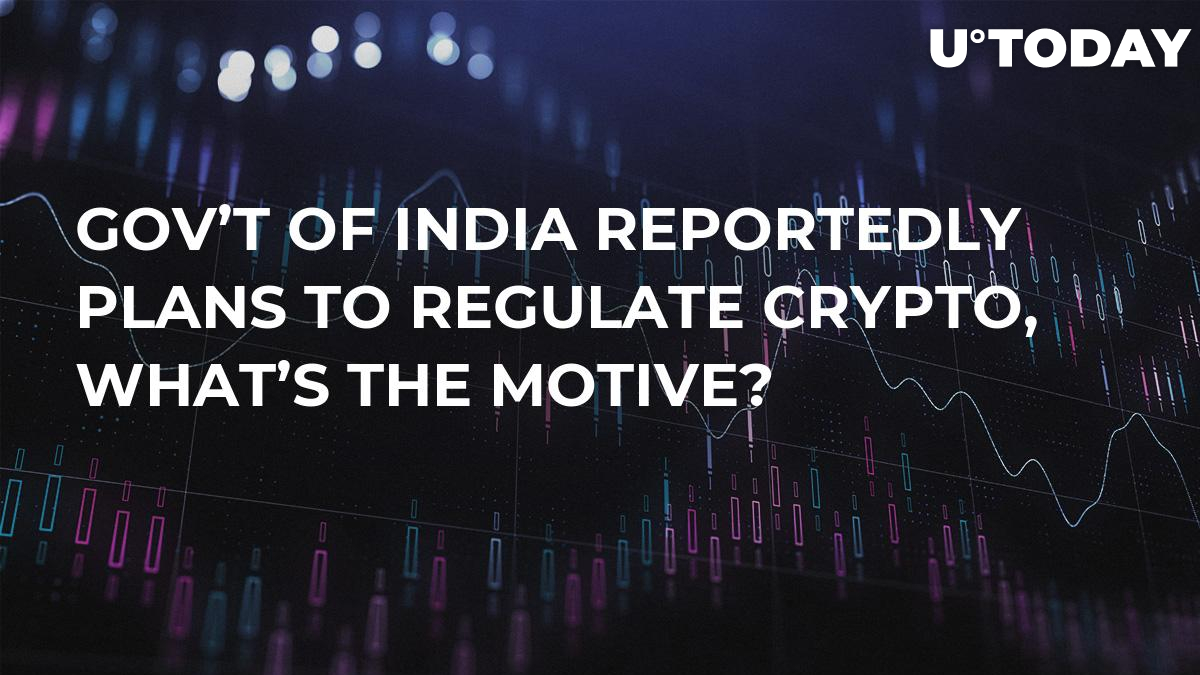 Several local publications have reported that the government of India is exploring the possibility of regulating crypto.

At an official government meeting hosted by the interdisciplinary committee, a task force led by members of the Ministry of Economics and information Technology and the Ministry of Home Affairs, the committee ruled in favor of regulating cryptocurrencies with strict policies.

Sudden Change in Stance Toward Crypto

In April, the Reserve Bank of India (RBI) imposed a blanket ban on cryptocurrency trading, prohibiting the country’s financial institutions from dealing with cryptocurrency-related businesses.

Several exchanges tried to pivot to cryptocurrency-to-cryptocurrency trading but with the dominance of Binance, OKEx, Huobi, and other crypto-only exchanges, local digital asset trading platforms failed to compete and shut down their businesses.

At the time, the RBI threatened to end its relationship with any local bank that deals with digital asset exchanges. A circular released by the central bank read:

“In view of the associated risks, it has been decided that, with immediate effect, entities regulated by RBI shall not deal with or provide services to any individual or business entities dealing with or settling VCs (virtual currencies). Regulated entities which already provide such services shall exit the relationship within a specified time.”

In July, industry leaders, associations, and companies challenged the controversial decision of the RBI by filing a complaint with the Supreme Court of India. Within several months after the filing, the court ruled in favor of the RBI, allowing the central bank to impose a ban on cryptocurrency trading.

However, on December 26, a senior government official told The New Indian Express in an interview that the government believes cryptocurrencies cannot be dismissed as illegal currencies and the asset class has to be regulated with strict policies.

“We have already had two meetings. There is a general consensus that cryptocurrency cannot be dismissed as completely illegal. It needs to be legalised with strong riders. Deliberations are on. We will have more clarity soon,” the official said.

The change in the stance toward cryptocurrencies from the government of India likely comes from its acknowledgement of the risk in unregulated cryptocurrency trading. By placing a ban on digital asset exchanges, it forced investors out of a self-regulated market to unregulated peer-to-peer and over-the-counter markets that are difficult to regulate and monitor.

If the intent of the government is to prevent money laundering through the usage of cryptocurrencies, a more effective way of doing so is to allow cryptocurrency trading on exchanges with strict Know Your Customer (KYC) and Anti-Money Laundering (AML) systems in place.

When Could It Take Place?

With the G20 agreeing to regulate cryptocurrencies to crack down on money laundering, India, which is a part of the G20, could follow the global trend of regulating the asset class.

Given the history of India in the cryptocurrency sector, it may take several months to potentially years before cryptocurrency trading is revitalized and completely legalized with stable banking services provided by local financial institutions.