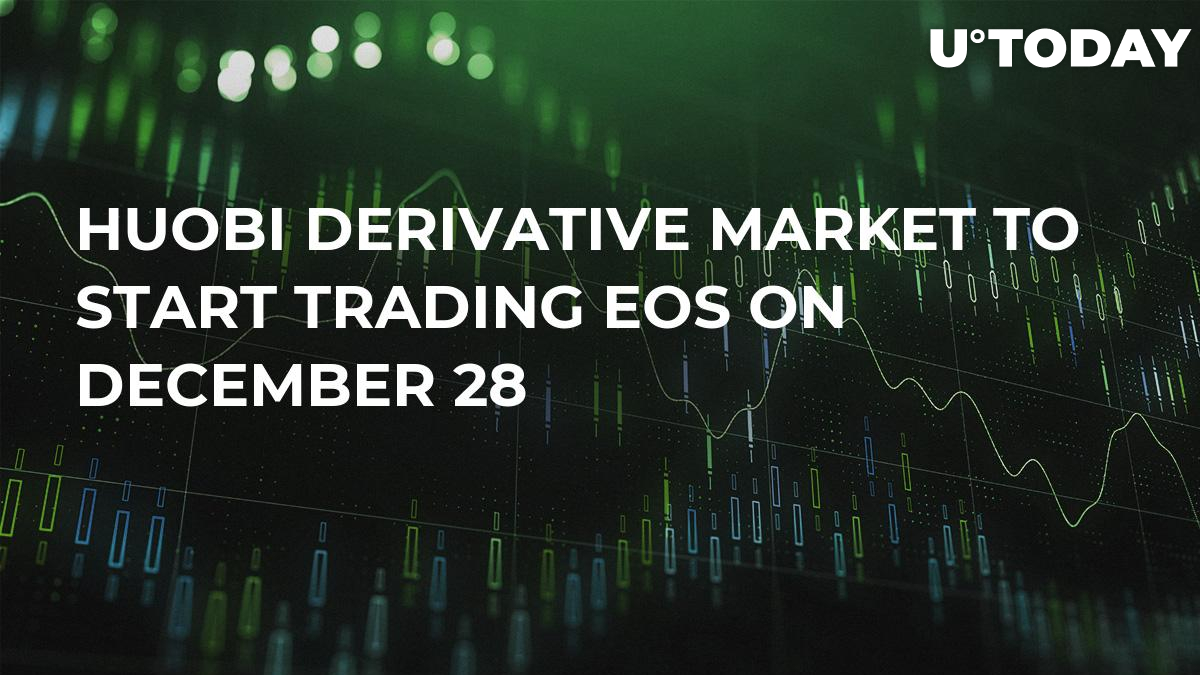 This year, Christmas seems to be the time when various crypto projects are trying to make some final moves before the bearish 2018 expires.

On Christmas Day, the division of Singapore-based Huobi crypto exchange that is in charge of crypto derivatives trading announced that it plans to add the EOS coin to its trading service on Friday, December 28.

Huobi DM, our #cryptocurrency contract trading service, will add #EOS (EOS) on Friday. Users will be to place both long and short positions on EOS, allowing for #arbitrage , #speculation, and #hedging. For more information visit: https://t.co/U52F5PLyOZ pic.twitter.com/aMbReAvoa9

This derivatives spring off was launched only recently, just about a month ago. It was presented at the Cryptofrontiers conference in New York City on November 28. The platform enables customers to trade crypto contracts on various coins. Back then, the division worked in a test mode. Now it is going to expand to EOS.

Among the recent things that have been reported about the Huobi exchange is that it is planning to cut down some of its staff along with the mining chip producer Bitmain and Ethereum startup ConsenSys. The companies say they are optimizing their business policy by changing priorities and focusing on new directions.

In the summer of this year, EOS became separated from Ethereum and its ERC20 token standard, launching its own mainnet. Currently, EOS is part of the top-10 club by market cap value. In the summer, the price of the coin exceeded $6. Then, when bears struck, the coin gradually hit the low of $1.74 in early December, if we talk about the recent movement.

About a month ago, EOS managed to move to position #4 for a short time, pushing out Bitcoin Cash. One of the things EOS is criticized for is the numerous accusations of being centralized, similarly to XRP.