David Dinkins
In a move that will have far-reaching implications for the entire cloud mining sector, the state of South Carolina ordered Genesis Mining to cease and desist 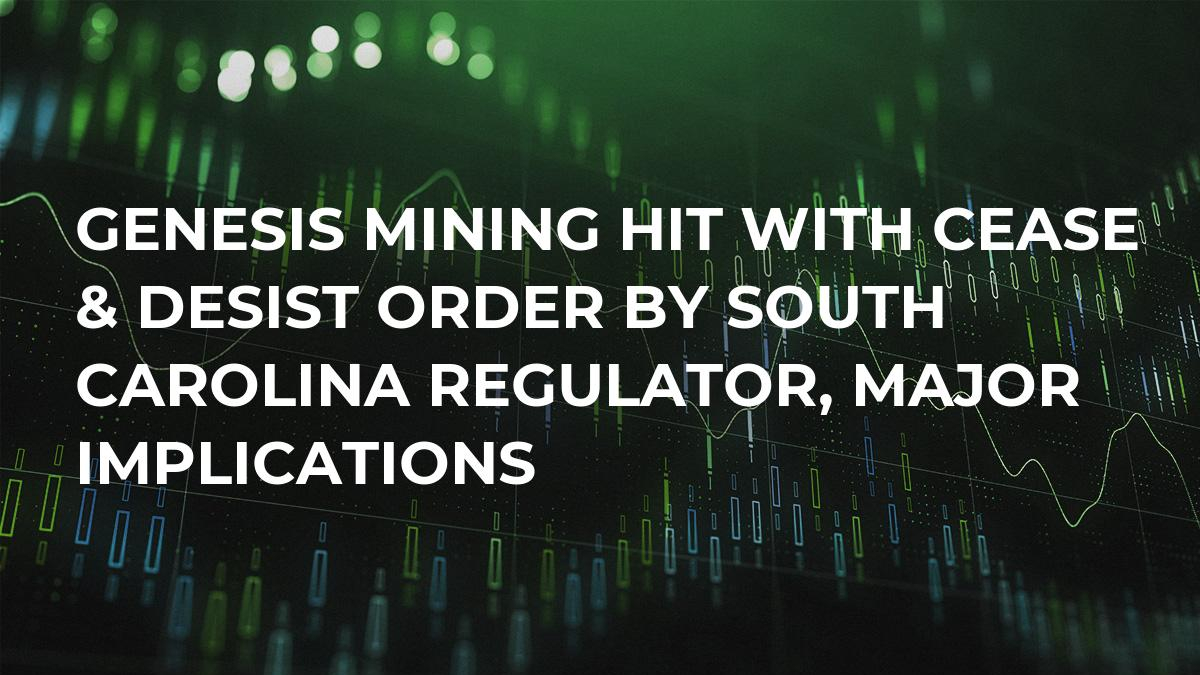 Genesis Mining and its partner Swiss Gold Global have been ordered by the state of South Carolina to cease and desist offering its cloud mining contracts to residents of the state. The Securities Commission of South Carolina considers cloud mining contracts to “constitute investment contracts and are thus securities.” Since neither Genesis Mining nor Swiss Gold Global have registered with state regulators to sell securities, they have been ordered to cease such actions and are permanently banned from offering securities to South Carolina residents.

In the absence of clear federal regulations or enforcement actions by national authorities, US states are becoming more aggressive in regulating crypto-related companies. Texas, in particular, has begun aggressively issuing cease and desist actions against cryptocurrency-related firms whose offerings appear to violate securities laws. Most notably, Texas banned BitConnect from dealing with residents of the state, leading to a massive loss of value for the BitConnect token (BCC).

What is cloud mining?

A cloud mining firm such as Genesis Mining or HashFlare sets up a number of miners in an actual data center, with adequate cooling and bandwidth, in a place with inexpensive electricity. They then lease a small portion of their mining operation to you, in return for a fixed payment. The hash power you rent will be devoted to mining the cryptocurrency of your choice (usually selected from a limited menu of options) and you will receive the currency mined from your fractional share of the operation.

South Carolina’s ruling makes things a great deal more challenging for the entire cloud mining sector. It’s hard to see how regulators could order Genesis Mining to cease and desist without issuing similar orders to HashFlare and other cloud mining providers. If other jurisdictions, either US states or entire nations, follow suit declaring cloud mining agreements to be securities, then the entire cloud mining industry could quickly crumble.