Facebook Token: Can the Media Giant Disrupt Itself? Expert Opinion

Katya Michaels
Facebook’s flirtation with Blockchain may drive mass adoption, but would that be enough to fix everything that’s wrong with the platform? 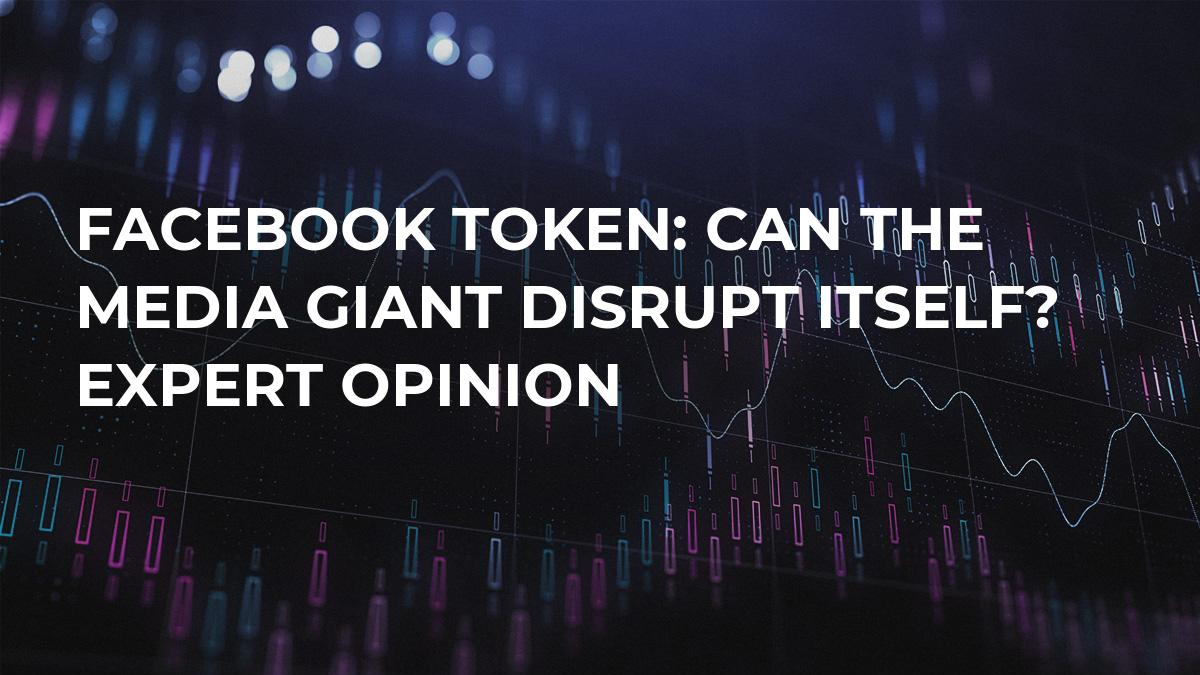 Facebook has been facing a great deal of pressure recently, both from the public and the US government, regarding its exploitation of user data. In the aftermath of Mark Zuckerberg’s Congressional hearing, decentralized platforms have been seizing the opportunity to capitalize on Facebook’s failures and deceptions, highlighting the advantages of storing personal data on the Blockchain.

Friday’s news of a possible Facebook token launch may have a dramatic effect on the scenario of centralized social media disruption. One of the major issues faced by Blockchain startups and decentralized platforms is the rate of adoption – and if Facebook can beat potential competitors to the punch, it could retain the social media hegemony that decentralized network supporters hope to dissolve.

A rising tide lifts all boats

Some members of the community reacted to the news with enthusiasm. Mick Hagen, CEO and Founder of Mainframe, a decentralized communications protocol that has recently been in the spotlight with ambitious and creative airdrops throughout Asia, believes Facebook’s access to a two billion audience will promote worldwide exposure to cryptocurrency and Blockchain technology. Hagen commented on Facebook’s move toward tokenization:

This is a really exciting development. It further validates that blockchain technology is here to stay. They are disrupting themselves before someone else – it's smart... This will bring a lot of new movement and momentum. A rising tide lifts all boats – this move from Facebook will help the entire ecosystem grow.

Not even Facebook can deny the power of decentralization

Others are more cautious, given Facebook’s history with user data and the fundamental differences between decentralized and centralized networks. Bill Ottman, CEO and Co-creator of Minds.com, a crypto social network that has been a harbor for disillusioned Facebook and Twitter users since 2015, is doubtful that Facebook can adopt Blockchain in its true sense.

Facebook's blockchain application will only have any potential value if it is fully free and open source software (which it really can't be unless Facebook open sources all of their code), has fair token economics and exists on a truly decentralized blockchain as opposed to a more centralized one. In reality, blockchain itself will never fix Facebook's deep underlying unethical practices. A total corporate and techno overhaul would be required, and even that can't fully undo the damage they've already caused.

At the same time, Ottman recognizes that Facebook’s move to get onboard with Blockchain shows the growing power of free software and the decentralization movement.

At the end of the day there's room for a diversity of dApps and the best will inevitably rise to the top.

If Facebook could give its two billion users the advantages of a true decentralized Blockchain economy on a platform that they are already using, it might have a chance of beating decentralized social media at its own game and fueling worldwide adoption of the technology.

On the other hand, it may turn out to be a case of “teaching an old dog new tricks,” or worse – “a wolf in sheep’s clothing,” adding to the misunderstanding of and disillusionment with Blockchain technology by the public. Only time will tell which scenario will come to be realized.