Valeria Blokhina
The latest crypto news from the weekend is waiting for you in U.Today’s news digest! 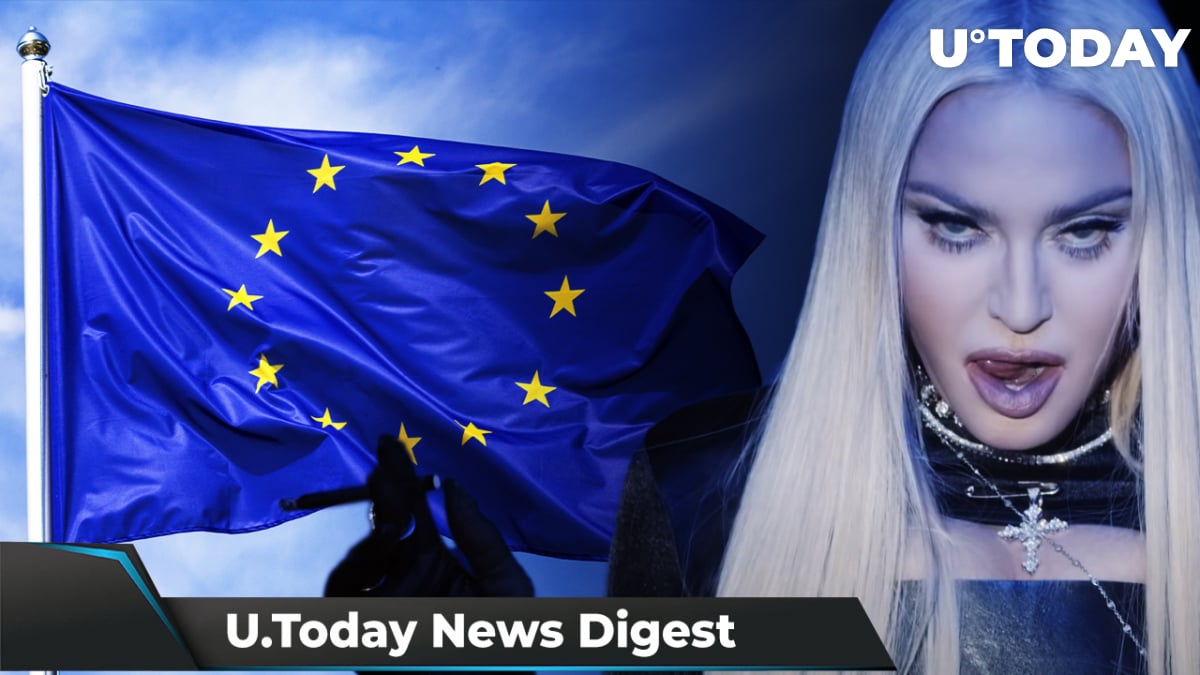 What’s new in the world of crypto? Read the top four news stories over the past weekend to find out!

EU cracking down on unhosted wallets

Patrick Hansen, head of growth and strategy at decentralized finance start-up Unstoppable Finance, started a worrying Twitter thread, stating that the European Parliament is about to vote to include unhosted wallets in the anti-money laundering package as part of the Transfer of Funds Regulation. While the FATF travel rule requires businesses to verify transactions that exceed 1,000 euros, the draft does not include any lower limit, meaning that all crypto transactions will be accompanied by sharing of personal information.

The Economic Affairs Committee is set to vote on the de-anonymizing all cryptocurrency transactions to self-hosted wallets tomorrow, on March 29.

In their recent letter to Magistrate Judge Sarah Netburn, Ripple executives’ lawyers have condemned the SEC’s conduct and called for immediate "sanctions" against the regulator. The lawyers state that the SEC has not "met its burden to prove" that Dr. Metz's last minute "expert report" is pertinent to the trial and will not prejudice the outcome. Also, according to the letter, Dr. Metz's unauthorized reply added new opinions entirely that were not present in his original report.

The Queen of Pop, Madonna, has joined Justin Bieber and Eminem in buying a Bored Ape NFT, according to her announcement on Instagram. The superstar’s NFT piece features a bored-looking ape wearing a black leather cap, matching the style of its new owner. Madonna’s fans, however, were not impressed by her foray into NFTs, with some of them even saying that the pop star is destroying her musical legacy by promoting questionable crypto projects.

Madonna is not new to the crypto industry. In 2018, she partnered with blockchain company Ripple to raise funds for orphans in Miami.

Cardano might be set to hit a major interoperability milestone amid the debut of Milkomeda, an EVM-compatible Layer 2. The launch of the Milkomeda C1 mainnet is expected on March 28. Previously, Milkomeda launched a bridge testnet between Cardano and Ethereum. Now, the bridge is expected to go live in mainnet. Once deployed, assets can be sent back and forth between the two blockchains via the bridge. Users holding tokens on the connected chain can move these assets to Cardano and vice versa. Once wrapped, these tokens become native assets on Cardano mainnet and perform the same functions as native assets on Cardano.