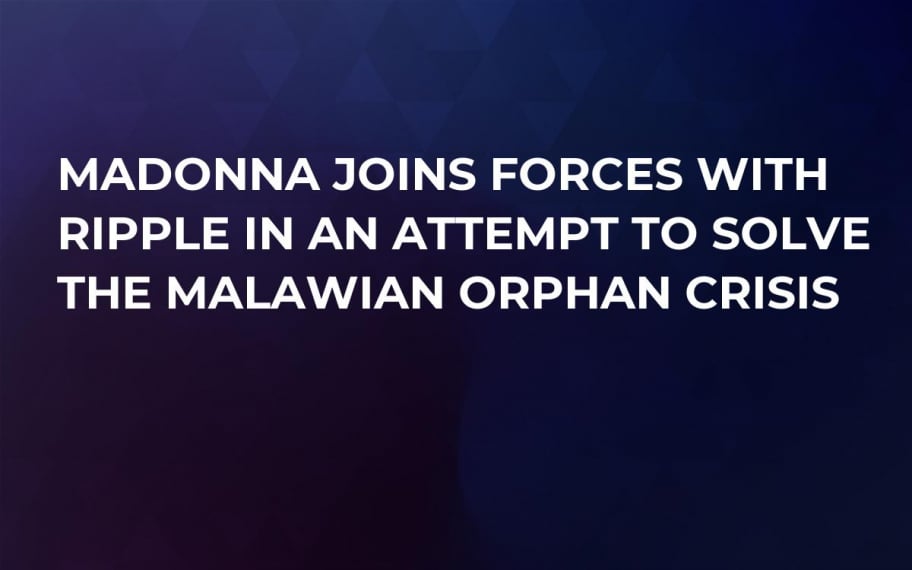 Healthcare and schools for Malawian orphans seem to be Madonna’s only wish for her upcoming 60th birthday as the pop star starts a new fundraising campaign that involves a crypto heavyweight Ripple.  Ripple vows to double the amount of all public donations.

Madonna is already an established philanthropist with decades of charitable work.

This time, while celebrating her 60th birthday, the original queen of pop is teaming up with many big names in tech (including Facebook and Ripple) to raise money for her new foundation.

The foundation named ‘Raising Malawi’ (founded in 2006) addresses the Malawi’s orphan crisis, which currently affects more than one mln children. Such a staggering amount of orphans is the result of a rampant HIV epidemic.

Funds raised during this campaign will be used to improve education and healthcare provision in the country. Having adopted four children from Malawi, the singer urges everyone to support her initiative in order to fight this humanitarian disaster.

As crypto companies try to expand their influence in order to reach mainstream adoption, they also get actively involved in charitable work. Ripple is particularly famous for its exceptionally generous donations.

In March, the San Francisco-based company donated more $29 mln to a non-profit organization which funds classroom projects. Because of this huge contribution, every sixth public school in the US got the necessary resources for having an effective learning experience.

Coinbase, while trying to become the Amazon of crypto, went even further by introducing its own charity fund that is expected to raise as much as $1 bln worth of donations. Coinbase’s CEO Brian Armstrong believes that charity would help to enhance the industry’s reputation and destroy the rather common ‘bros in Lambos’ stereotype.