Thomas Hughes
While Bitcoin is battling to stay above the $4,000 barrier and the market cap continues to swell, some of the Top 20 coins are posting gains. 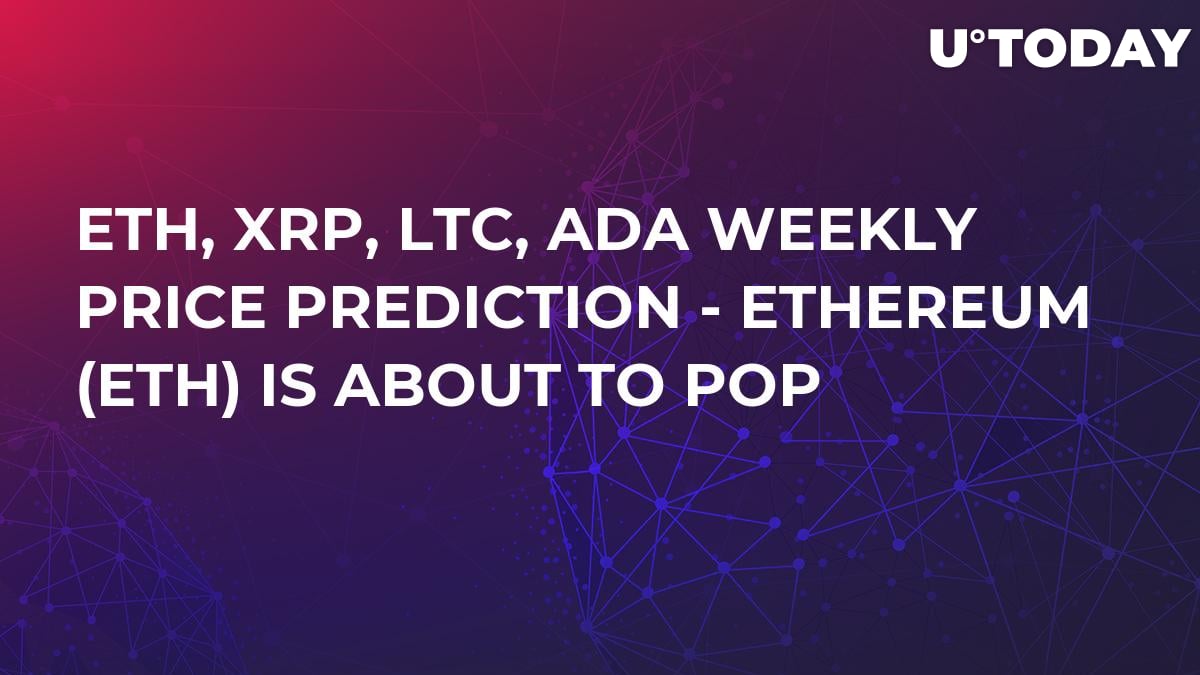 While Bitcoin is battling to stay above the $4,000 barrier and the market cap continues to swell (currently over $142 billion, up from $136 billion just 2 days ago), some of the Top 20 coins are posting gains, while others are just drifting sideways.

Valued near $140 right now, Ethereum enjoys the number two spot in CoinMarketCap rankings with a circulating supply worth $14,742,835,337. For the last 7 days, ETH has been stagnant and trading within a tight range. ETH/USD is trading in a very tight range, above the support at $134 and right on the 100 days EMA, which is completely flat showing a market with very little momentum.

This chart warns that price could jump to either side but an extended period of sideways movement is not out of the question either. The main levels to watch are $134 - $130 followed by $100 as support and the double top at $165 to the upper side. A break of the latter would score a major victory for the bulls, opening the door for a stronger climb. Based on Wednesday’s bounce from support I tend to think a move to the upside is coming. 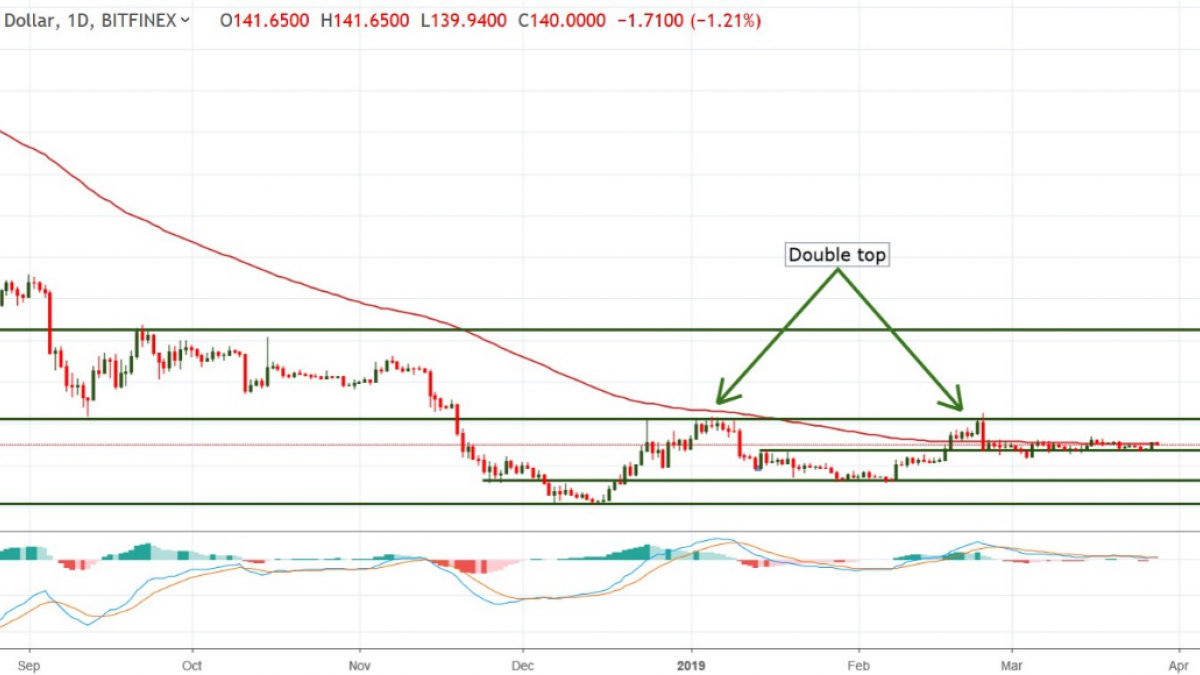 Trading at 0.3080 against the US Dollar, Ripple’s XRP is ranked number 3 with a circulating supply worth $12,882,410,160. The last 7 days change of -2.77% doesn’t look awesome but it’s not bearish either. The good news is that volatility has subsided and the pair is just traveling sideways. The sideways movement is despite a constant stream of positive announcements coming from Ripple Labs, Inc that I think will eventually push this token up to new highs.

The MACD lines are squeezed together and the histogram is barely visible, which is further proof of the pair’s lack of volatility. For the time being, caution is recommended because the pair could jump in either direction. A move above the 100 days EMA would open the door for further upside action but until that happens, the picture is blurry. 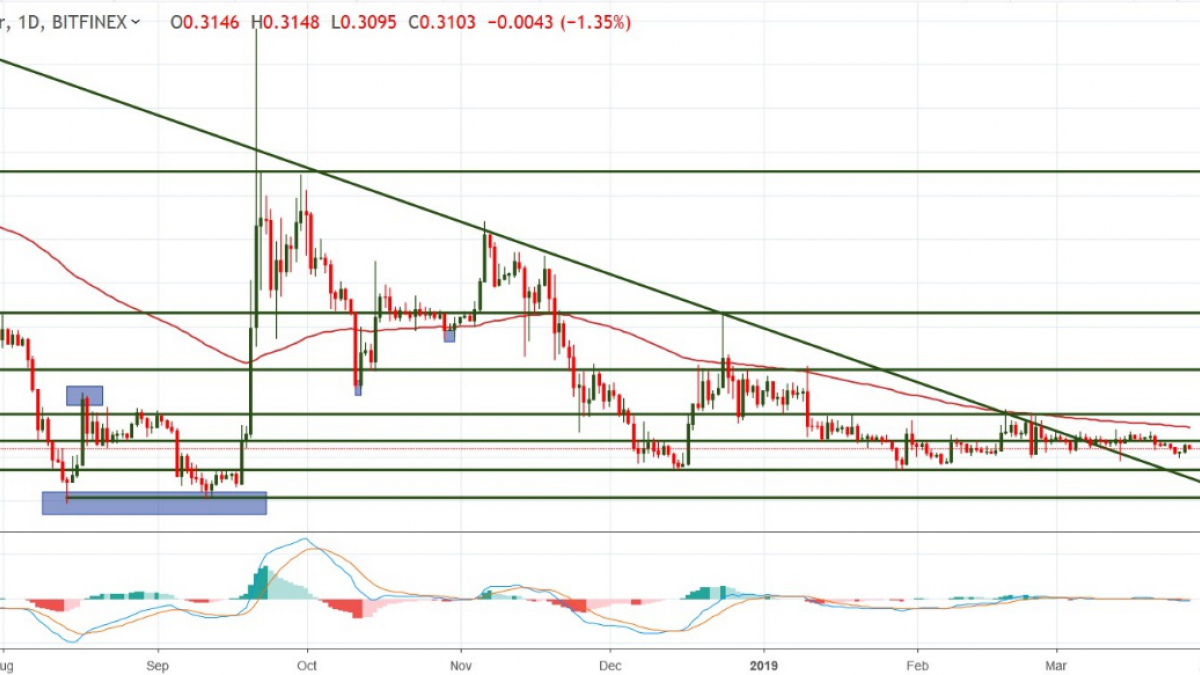 Currently sitting in the number 5 spot in the CoinMarketCap rankings, Litecoin is trading just above $61 and has a circulating supply valued at $3,749,070,363. Its price increased by 2.23% over the last 7 days which makes it one of the more bullish coins. Litecoin is one of the better performing cryptocurrencies so far in 2019 and its medium-term movement could be considered an uptrend. However, the price seems overextended to me which calls for a pullback that may find support in the $56 area, maybe lower at around $47. It’s possible to see a touch of $66 resistance but I don’t expect a substantial climb above said resistance before a pullback takes place. 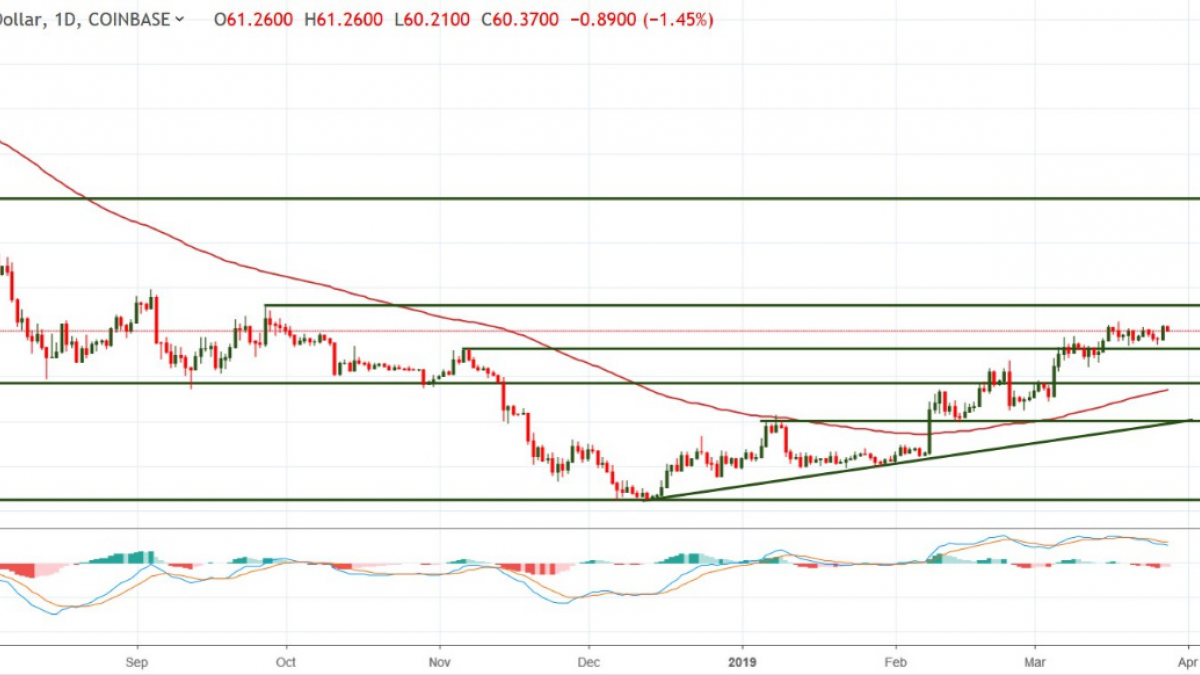 With a circulating supply worth $1,696,480,336, ADA is currently occupying the 10th spot in the market cap rankings and is trading at 0.065 against the US Dollar. Out of the 4 coins analyzed today, ADA is the best performing having climbed 22.50% in the last 7 days.

With the recent move above its 100 days EMA and break of $0.055, Cardano’s ADA seems poised for a climb into the resistance zone between $0.080 and $0.082. The MACD lines are crossed bullish and moving upwards with a histogram that is increasing in value, all things that point towards a continuation of the current trend. Thus, we may see a touch of $0.080 area in a week or possibly longer, but a drop below the $0.055 would invalidate this scenario for the time being. 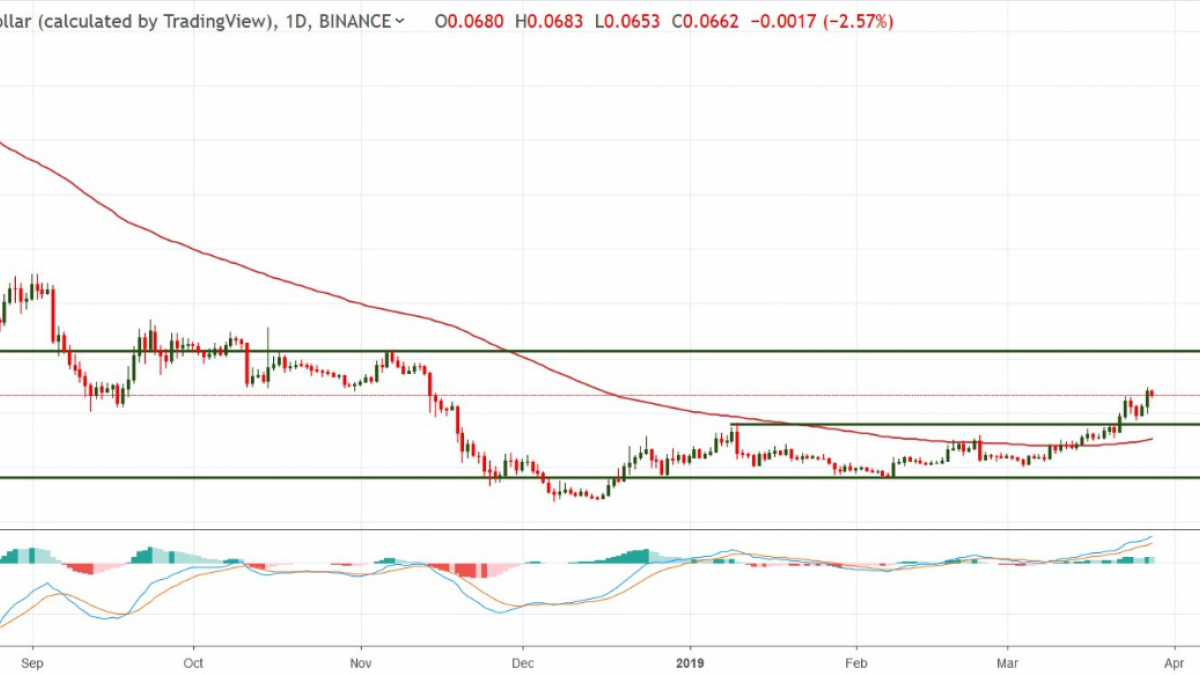