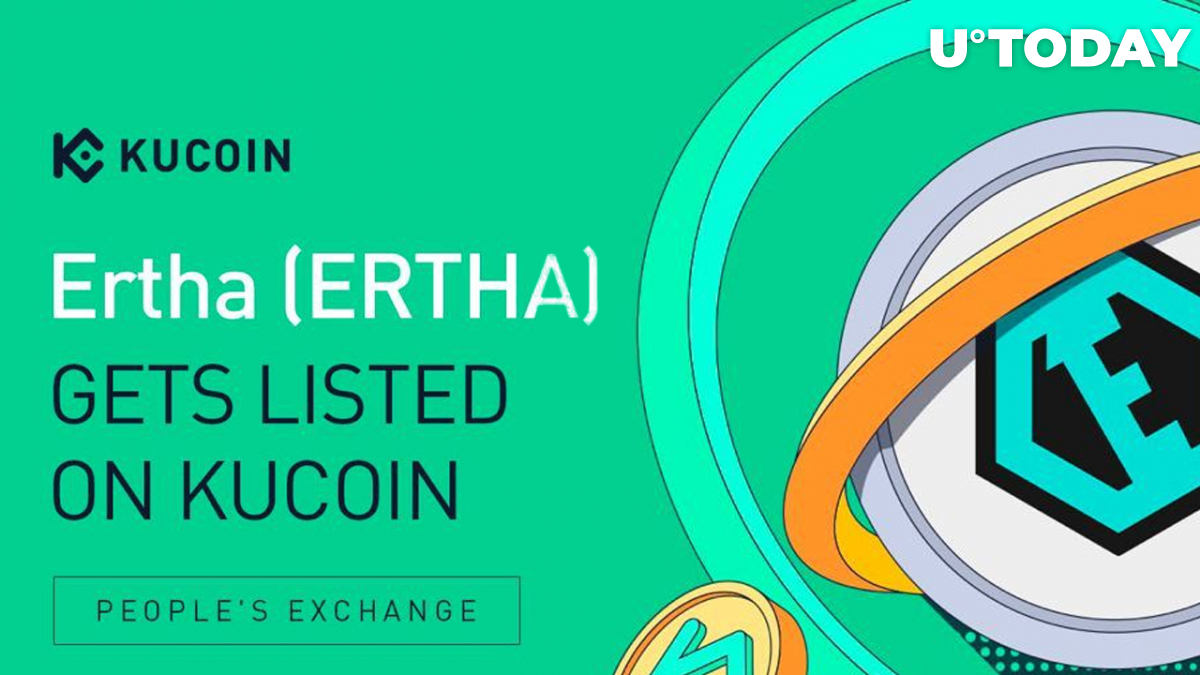 One of the most talked about and largest gaming Metaverses has announced the listing of its ERTHA token on the KuCoin cryptocurrency exchange with more than $5.6 billion trading volume.

With more than 10 million users, KuCoin becomes a perfect exchange partner for Ertha. The project's community is also more than happy to trade its favorite token on the exchange with one of the lowest fees in the cryptocurrency trading industry.

We're delighted to announce that the ERTHA Token will be listed on @kucoincom on Friday, January 21st, 10AM UTC! ??

We're keeping the project's momentum up, as we aim to launch 2022's biggest metaverse! pic.twitter.com/ayD9MMF9Oo

The news of the listing comes after the project announced that it completed its funding round. Ertha has already raised $5.4 million and launched a record-breaking IDO on three widely known and respected GameFi and blockchain gaming launchpads: Speedity, GameFi and RedKite. Each community pool has completely sold out in less than a minute.

With the help of the project's image on the market due to constant expansion, Ertha has already sold 19,200 revenue-generating land plots.

Ertha is a digital world with its own lore in which humanity and world leaders failed to save Earth from crucial climate change and the natural disasters that come with it. Players can be "first-movers" that will settle the new world order and civilization.

Each player's actions will most likely have a fundamental impact within an ever-evolving metaverse.

The world of Ertha is a large sandbox that allows the creation of new governments, economies and alliances between players. It is divided into 350,000 land plots. Each land plot collects taxes, fees and other forms of revenue for transactions taking place on its territory. In order to maximize the income of each land plot, a player will have to balance production resources, a budget and trading.

The ERTHA token itself is being used as a utility token for purchasing land, developing real estate and much more.