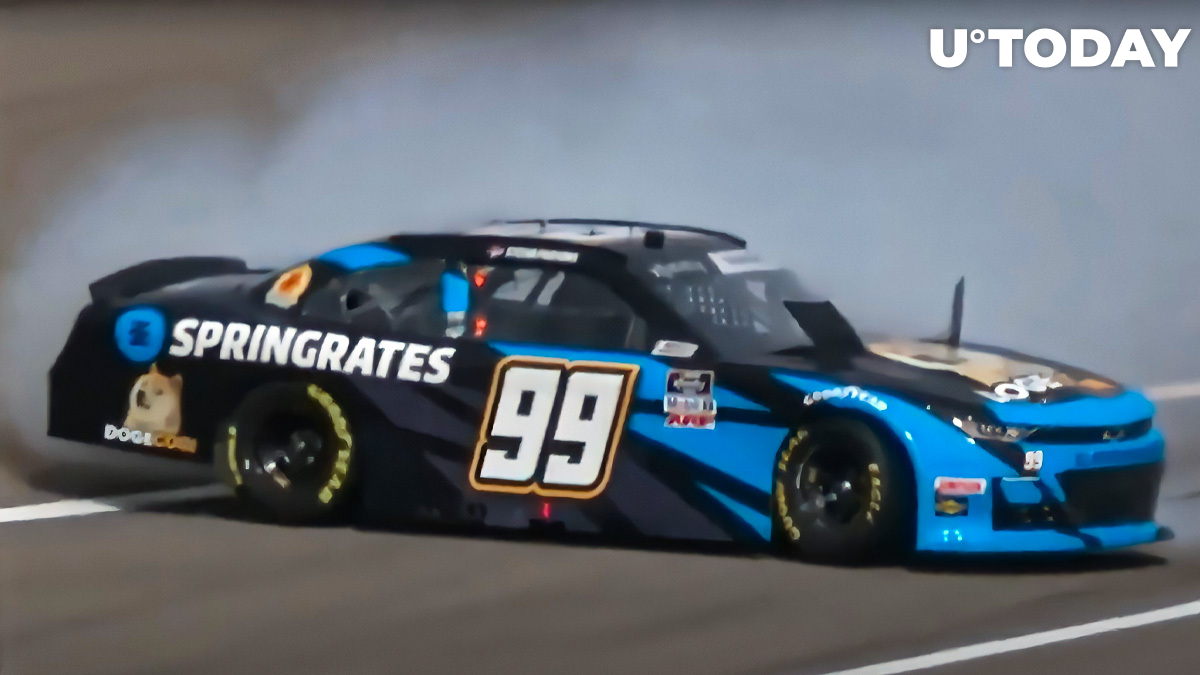 During a NASCAR Xfinity Series race that took place on Saturday, Stefan Parsons’s No. 99 Chevrolet Camaro crashed into the exterior wall and its bumper ended up being crumpled.

Parson finished in the last place because of the incident.

The hype surrounding the car—which was embellished with the meme crypto on its hood and side panels—was immense within the community. The #dogecar hashtag even briefly made it to worldwide trends on Twitter.

Dogecoin has already had several appearances in NASCAR Cup Series races. It made its debut all the way back in May 2014 after Redditors donated 65 million DOGE to driver Josh Wise.

Ripple CTO David Schwartz joked about the crash actually being bullish for Dogecoin.

The meme cryptocurrency is currently down 7.69 percent, according to CoinMarketCap data.

Some members of the community, however, saw the silver lining: more publicity for the meme coin.