Denys Serhiichuk
Can one expect a Santa rally on the cryptocurrency market on the last few days of December? 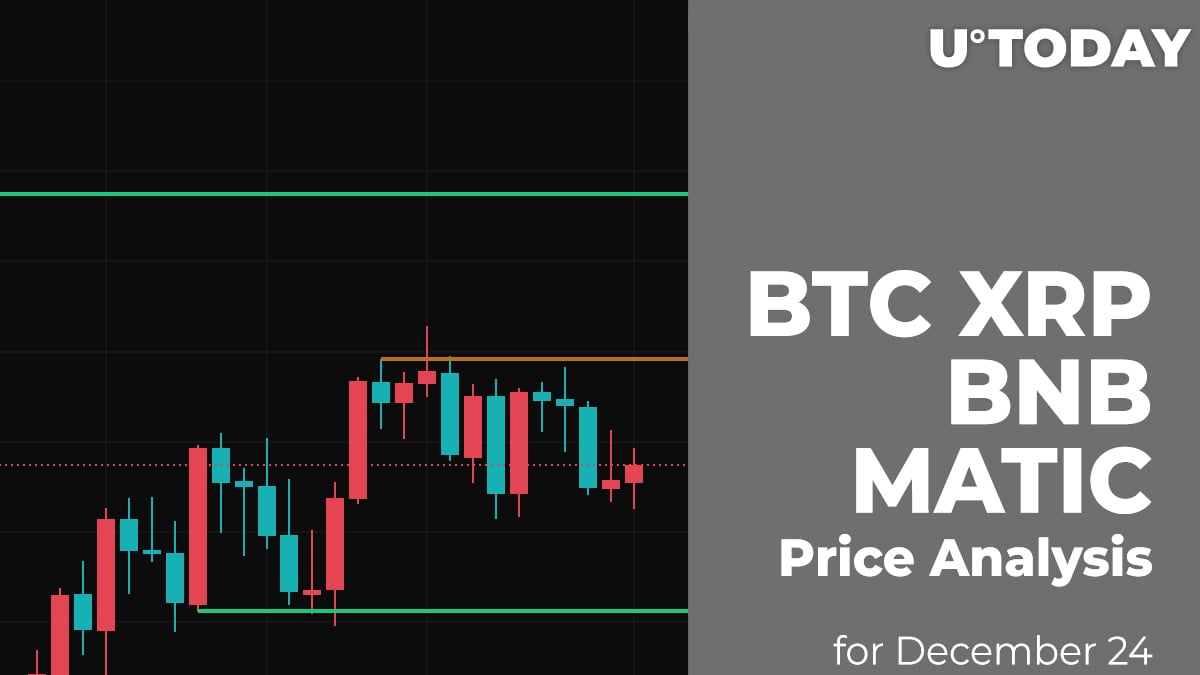 The last working day of the week has turned out to be bullish for the cryptocurrency market as the majority of the coins are in the green zone. XRP is the only exception from the rule, falling by 1.63%.

On the daily time frame, the Stoch RSI indicator lines are going off the charts in the overbought zone.

If the bulls intensify the pressure today, the price can test the reversal level of $53,400.

Yesterday, the XRP price traded sideways between the $0.96 support and $1 resistance. During the day, the pair tested the lower boundary of the indicated corridor, and at the end of the day, it pierced the psychological level of $1, setting a maximum around $1.016.

As of this morning, the pair continues to struggle in a sideways range, and in the near future, it may test the support of $0.96. If the lower boundary of the sideways channel is broken, the pair can roll back to the area of the two-hour EMA55.

Binance Coin (BNB) is also following the bullish trend, rising by 3.54% since yesterday.

Analyzing the daily chart, Binance Coin (BNB) may have accumulated enough energy for a rise. The selling trading volume is low, which means that sellers are weaker than bulls at the moment. Respectively, if the rate of the native exchange coin can hold above $540, there is a chance to see the test of the liquidity level around $582 soon.

Despite today's slight growth, MATIC remains bullish until the price trades above the support level at $2.521. The buyers' power is also confirmed by an increasing trading volume, which means that bulls are ready to get the rate up to new peaks.

In this case, if MATIC can fix above yesterday's high, the vital mark of $3 can be attained by the end of the month.