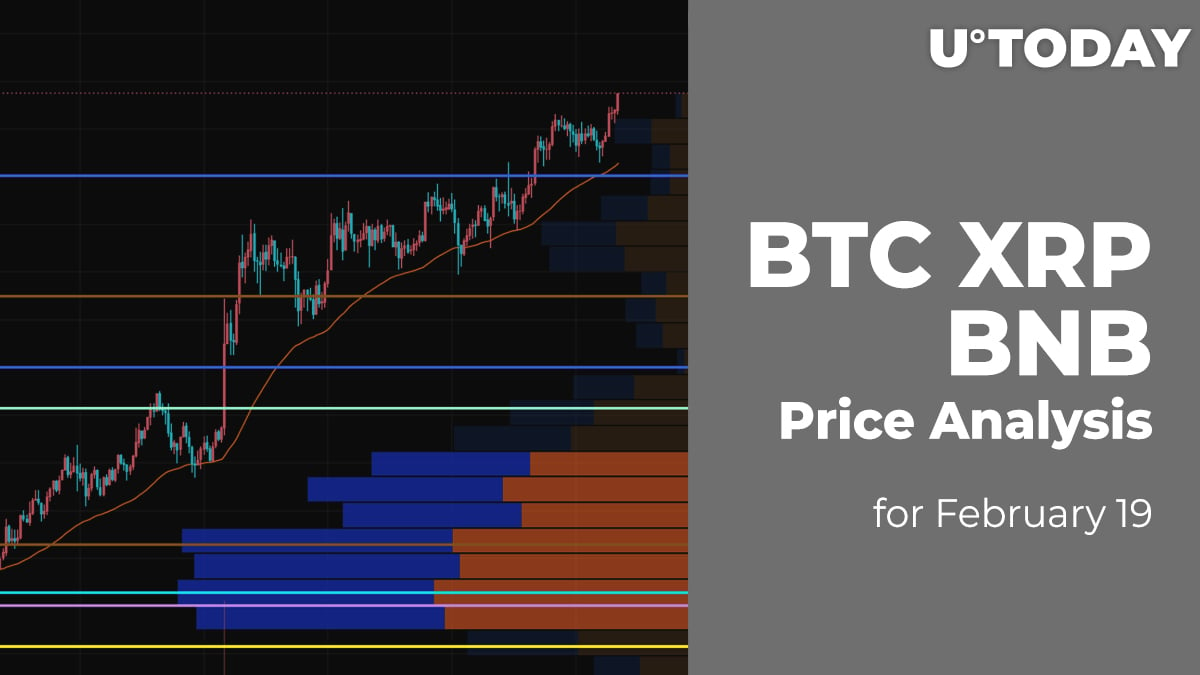 The cryptocurrency market keeps setting new peaks; however, there are some exceptions to the rule. Mainly, Cardano (ADA) is the only coin from the top 10 list that is in the red zone.

Yesterday morning, bulls were unable to continue the race to a new high. Sellers on small volumes pushed through the support of $52,000 and set the new peak at the level of $53,000.

If today the pair manages to stay in the ascending channel above the trend line, then before the end of the week, one can expect a continuation of the bull run to the area of $​​54,000.

If the bears push the trend line around the psychological mark of $50,000, then the price might turn to a decline and the market would expect a significant correction. The first support level for such a pullback may be the line at around $48,000.

Yesterday morning, after another unsuccessful attempt by buyers to break through the resistance of the uptrend line, the pair rolled back to the average price area and, by this morning, consolidated in a narrow sideways corridor with support at the four-hour EMA55 level.

Bears are trying to break this moving average, but sales volumes are still too small. If, during the day, the selling pressure increases, then the bears will roll back the XRP price below the psychological level of $0.50. If the trades are held at the same small volumes, then the movement in a narrow sideways range will continue.

Binance Coin (BNB) is the top gainer today. The rate of the native exchange token has rocketed by 61% over the last 24 hours.

On the 4H chart, Binance Coin (BNB) might face a short-term decline as it is overbought based on the RSI indicator. In this case, one can expect a drop to the mirror level at $328, where bulls might seize the initiative again.

Binance Coin is trading at $315 at press time.