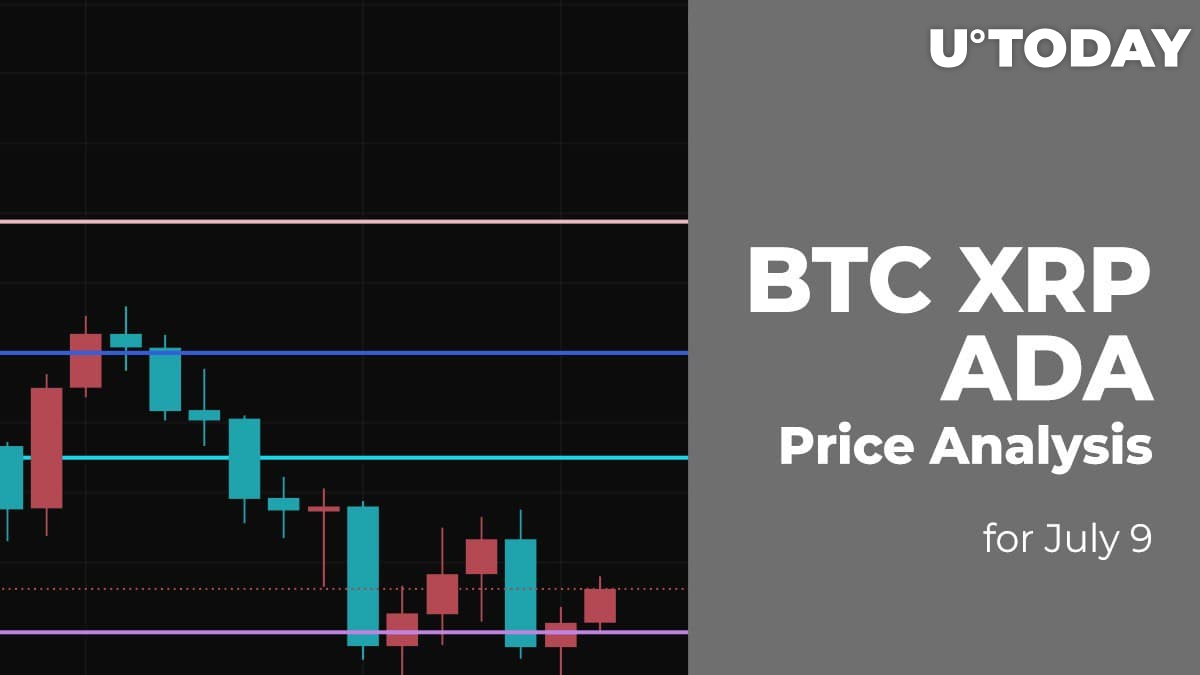 The last working day of the week is neither bullish nor bearish for the cryptocurrency market as some coins are in the green zone, while others remain in the red.

Yesterday morning, bears intensified the onslaught, and the price of Bitcoin (BTC) rolled back to the support of $32,500. During the day, sellers tried to pierce this weak support several times. The daily minimum was set around $32,100, but the decline has not yet been continued.

The support at $32,500 stopped the fall and the pair is consolidating in a narrow sideways range.

If buyers are unable to seize the initiative today and form a false bullish impulse in the resistance area around $36,000, then by the end of the week the pair may roll back to the $30,595 level.

Yesterday, the XRP price continued to decline and, at the end of the day, it reached the support of $0.60. The bears pierced this support tonight, marking a minimum at the point of $0.592 but, in the morning, the price bounced to the area of the $0.620 mark.

During the day, buyers may try to continue the recovery. But if the volumes are low, then they may not be able to return to the average price area. There is a high probability of a continuation of the rollback and the renewal of the July low in the area of $0.56-$0.55.

Cardano (ADA) is the least gainer from the list as its rate has risen by only 0.51% since yesterday.

Even though Cardano (ADA) has shown the least growth, it has successfully bounced off the support at $1.27, having confirmed the bulls' pressure. If the trading volume increases, there is a good chance of seeing a test of the resistance at $1.47 soon.

Old Bitcoins Now Account for 74% of Realized Cap
Show all