BTC, ETH, XRP, ADA and BNB Price Analysis for May 19

Denys Serhiichuk
Was today's dump a prerequisite for continued growth? 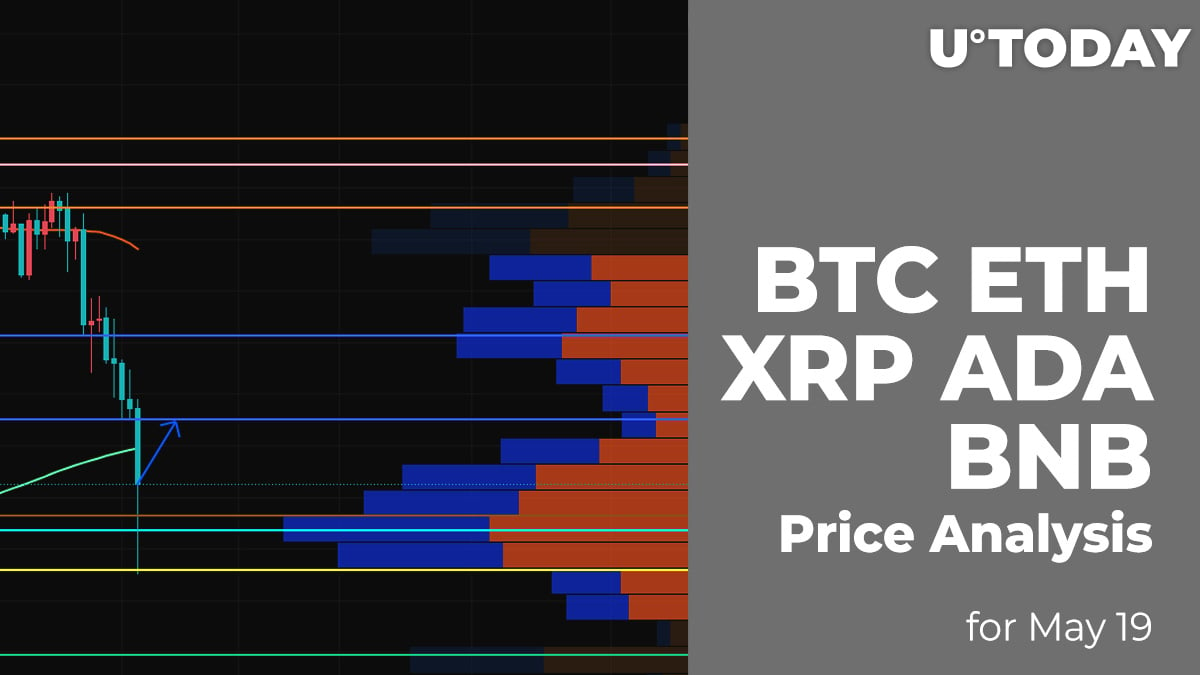 The market has faced a deep correction as all top 10 coins are located in the red zone. Bitcoin (BTC) has fallen the least among them, going down by 18% over the last 24 hours.

Bitcoin (BTC) has tested the zone of $30,000 where most of the liquidity is focused. In addition, it crossed the MA 200 on the daily chart that confirms ongoing bearish pressure. However, one may expect a short-term bounceback from the current levels to the nearest resistance at $42,000 soon.

Related
BTC, ETH, XRP and LTC Price Analysis for May 18

But this does not mean that the bullish trend is about to come back as the selling trading volume remains high.

Ethereum (ETH), as well as other altcoins, is more bearish than Bitcoin (BTC) as it has dropped by a whopping 21%.

Despite the sharp dump of Ethereum (ETH), the rate has successfully bounced off the levels around $2,000. From a technical point of view, the situation is similar to Bitcoin (BTC), as the bulls may seize the initiative now and return the rate of the chief altcoin to $3,000.

The rate of XRP has fell down even deeper than that of Ethereum (ETH), with a drop of 24%.

The current dump might be viewed as gaining more liquidity for a future rise as the selling trading volume is even lower than the decline on April 17. In this case, the correction to the created level at $1.315 is the more likely scenario for the upcoming days.

Binance Coin (BNB) is the biggest loser today as the the native exchange coin has lost 30% of its price share since yesterday.

Binance Coin (BNB) is not an exception to the rule as it has also bounced off its support zone at $260. At the moment, BNB might keep growing as it is already oversold on the daily time frame. A rise to $480 may happen shortly.

Binance Coin is trading at $369 at press time.

Cardano (ADA) has also been under bearish influence recently, and the drop over the last day has constituted 18%.

Cardano (ADA) has tested the MA 50 and almost reached the MA 200 on the daily chart. While the altcoin keeps trading above $1.33, the bullish scenario remains relevant. Regarding the short-term prediction, the retest of the resistance at $1.763 may occur within the next few days.