Denys Serhiichuk
How great are the market's chances to keep up the rise? 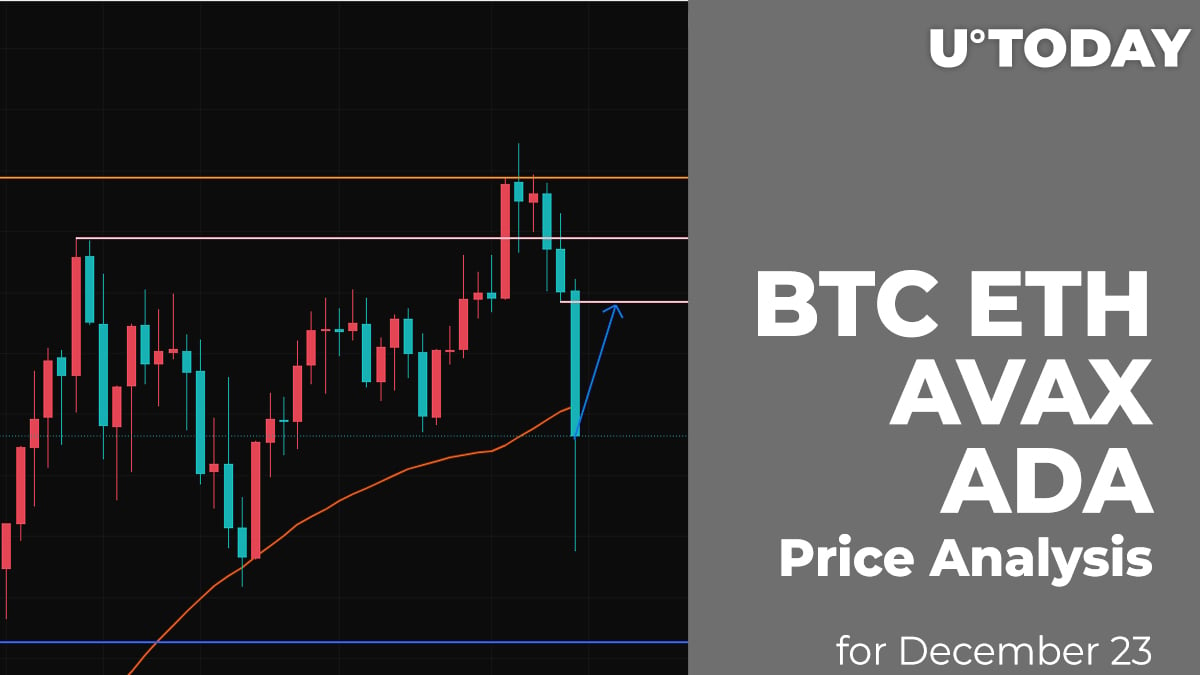 Bulls may have started fixing their positions as some coins are again in the red zone.

Trading volumes were below average yesterday and buyers were unable to continue the recovery of the BTC price. In the afternoon, sellers had a slight advantage on the market, thanks to which they managed to push the BTC/USD pair back to the average price area. As of this morning, the Bitcoin (BTC) price tested the two-hour EMA55, which halted the pullback.

The first strong support level for such a decline may be the $42,447 level.

Yesterday, buyers failed to overcome the POC indicator line ($4,070). The dominance of sellers on the market led to a rollback of the Ethereum (ETH) price below the psychological mark of $4,000.

In the afternoon, the decline stopped at the two-hour EMA55. The bears pierced this moving average tonight. At the moment, there is not enough confidence that this weak support can cope with the onslaught of sellers today.

If the level of average prices is still able to keep the pair from further decline, then one can count on a recovery to the area of $4,200.

Despite slight growth since yesterday, Cardano (ADA) remains trading in the green zone, going up by 1%.

From the technical point of view, Cardano (ADA) may have accumulated enough power for a rise. Such a statement is also confirmed by an increasing trading volume, which means that bulls are ready to continue the growth. In this case, there is a good chance that the rate of ADA can get to the vital mark at $1.50 by the end of the month.

Avalanche (AVAX) is the biggest loser from the list today, falling by 3.78% over the past 24 hours.

Despite the fall, AVAX is located in the wide channel between the support at $101 and the resistance at $147. The trading volume is low, which means that traders have not accumulated enough energy for a sharp move. However, if the price approaches the resistance and makes a breakout, the altcoin may set a new peak up around $160.