Denys Serhiichuk
Can Ethereum (ETH) and XRP rise against a falling Bitcoin (BTC)? 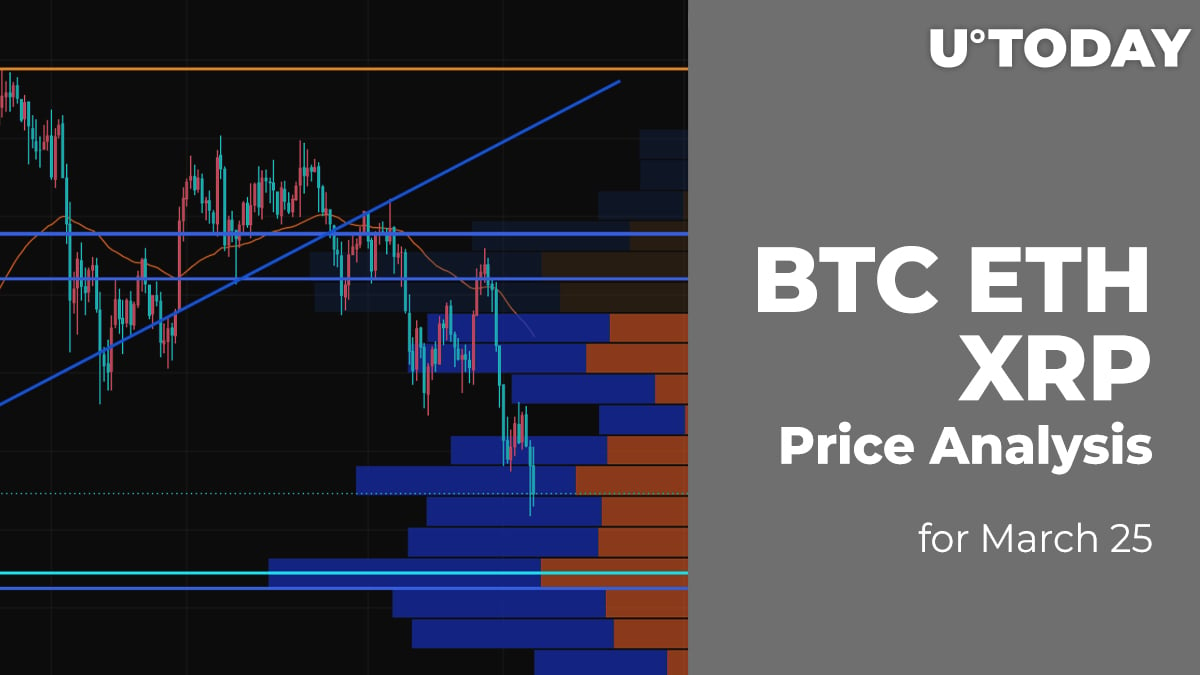 The correction has continued on the cryptocurrency market as all of the top 10 coins remain in the red zone.

The key statistics on Bitcoin (BTC), Ethereum (ETH) and XRP:

Yesterday, buyers were unable to gain a foothold above the two-hour EMA55, and the Bitcoin (BTC) price continued to decline. Late in the evening, bears broke through the support of $53,400 and, at the end of the day, the pair rolled back to the level of $51,600.

Selling pressure eased tonight, and by morning, the price consolidated in a narrow range in the support area of ​​$51,600. If buyers are able to seize the initiative, they will try to restore the pair to the level of $53,400. However, it will not be possible to gain a foothold above this level in small volumes.

In the event that the bearish onslaught strengthens, there is a danger of a breakout of the psychological level of $50,000 and a pullback to the area of $​​49,500.

Yesterday in the first half of the day, buyers took advantage of the support at $1,660 and tried to restore the pair to a wide two-week corridor. However, the Ether price failed to break through the lower blue border of the sideways range. The two-hour EMA55, which was at that moment right on the border of the corridor, turned the pair down, and by the end of the day the Ethereum (ETH) price reached $1,600.

Sales volumes decreased overnight, but the price continued to decline until it marked a local minimum at $1,520. As of this morning, the pair is trying to gain a foothold in the area of ​​$1,600 USD. However, most likely by the end of the day, the price of ETH may fall back to the support of $1,500.

Yesterday, buyers were unable to increase their purchases. In the afternoon, the price of the asset began to decline. Late in the evening, selling pressure increased sharply and the bearish momentum broke through the psychological level of $0.50, setting a local minimum near the upper border of the channel ($0.450).

The XRP price has rebounded, but whether it will be able to recover today to at least the coveted $0.50 is unclear. On the daily timeframe, the Stoch RSI indicates a continued decline. The price may roll back to the lower border of a narrow sideways range ($0.430).