Denys Serhiichuk
Has the correction of the market finished yet? 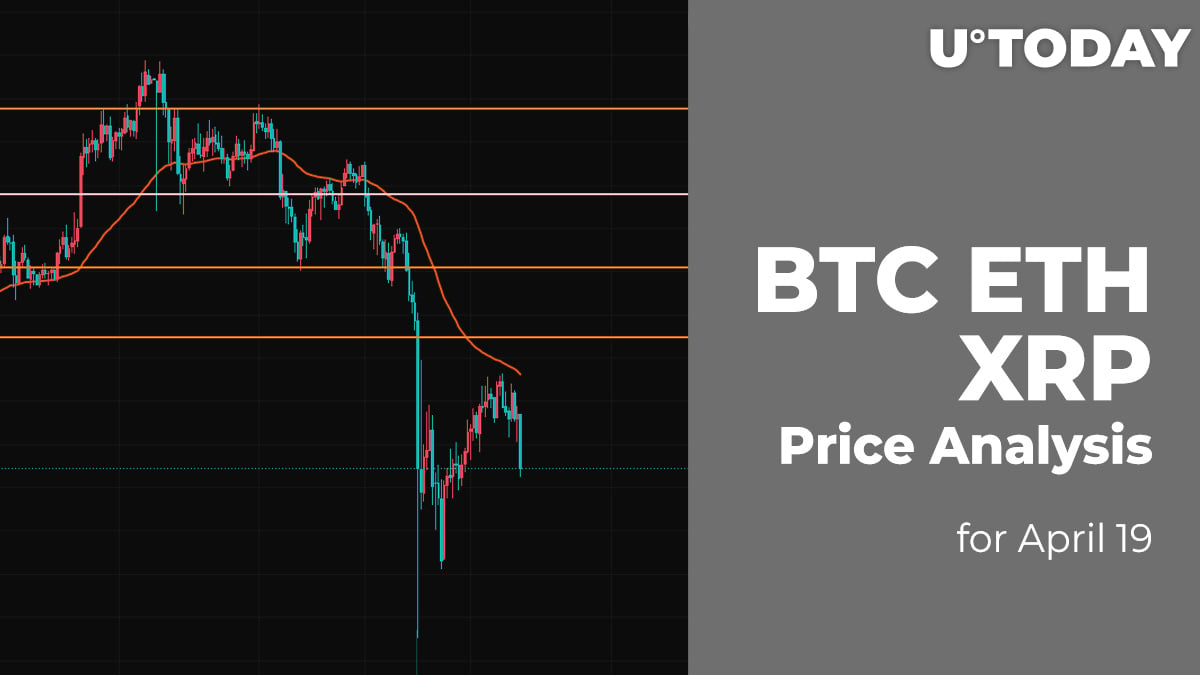 After a slight bounceback yesterday, most of the coins keep trading in the red zone. However, there are some exceptions. Mainly, DOGE is the top gainer, rising by more than 10% over the last day.

The vital data on Bitcoin (BTC), Ethereum (ETH) and XRP:

Last Saturday, the bulls could not gain a foothold above the level of average prices, and the pair rolled back beyond the lower border of the ascending channel. On Sunday, sellers formed a strong bearish momentum that broke through the support of $60,000 and forced the Bitcoin price to test the yellow support at $51,600.

Today, the recovery may continue to the resistance of $58,000. However, buyers are unlikely to be able to gain a foothold above this level. One believes that, at this line, the price will reverse downward and roll back to the psychological level of $50,000.

On Saturday, the upper border of the ascending channel turned the Ether price down and, in the second half of the day, the pair broke through the middle line of the channel, rolling back below the level of average prices.

There was a weak attempt to recover on Sunday morning, but the bearish momentum broke through the support of the lower trendline and tested the psychological level of $2,000. The local minimum was set around $1,952. After a dump, the price of Ethereum (ETH) has recovered to the lower border of the ascending channel, but it has not yet been possible to return within this channel. Most likely, the moving average EMA55 will reverse the price downward and, in the near future, the pair will roll back below $2,000.

Last Saturday, the XRP price failed to gain a foothold above the $1.96 price tag and, at the end of the week, the pair rolled back to the support area of $1.20.

At the beginning of this week, buyers slightly recovered the price, but they may not be able to continue the recovery above the resistance of $1.50. Most likely, the hourly EMA55 will reverse the pair to decline and, in the near future, the XRP price will return to the psychological level of $1.00 per coin.