Denys Serhiichuk
Can Ethereum (ETH) and Litecoin (LTC) grow faster than Bitcoin (BTC) for a while? 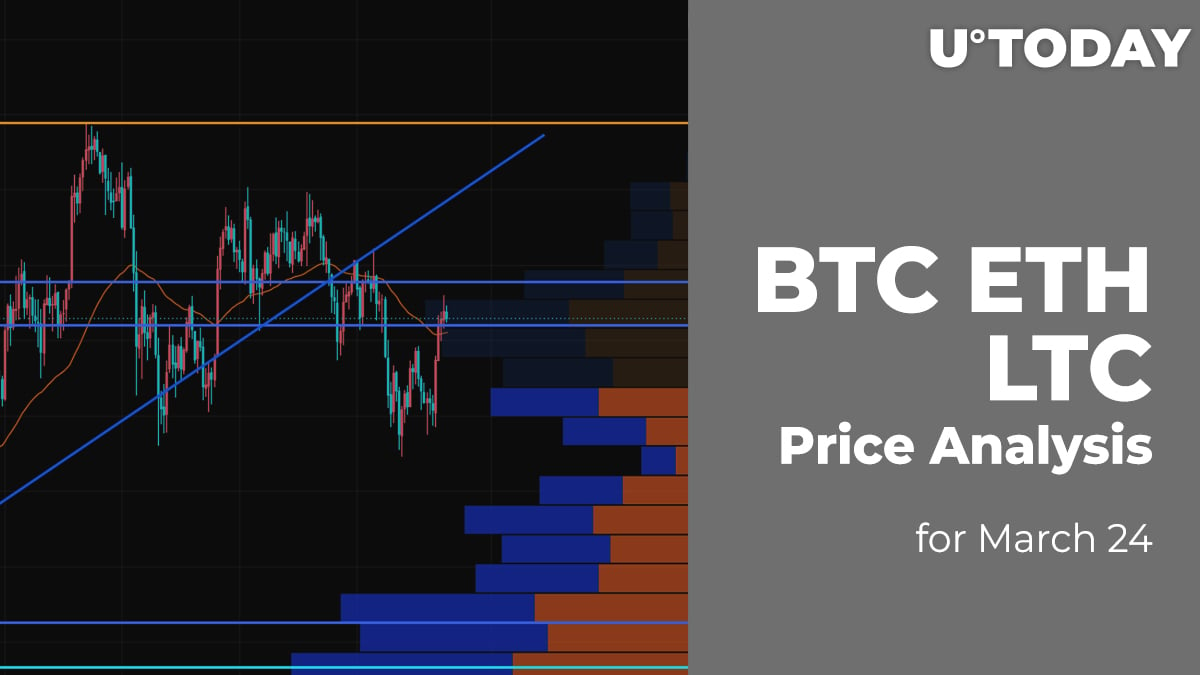 Even though most of the coins are in the green zone, there are also some exceptions to the rule. Mainly, Uniswap (UNI) is the main loser out of the top 10 assets, falling by 6.32% over the last day.

Yesterday morning, the support at $53,400 withstood the bears' onslaught. Sellers pierced this level, but the price was able to recover to the area of the $55,800 mark. In the afternoon, trading volumes began to decline, and the Bitcoin (BTC) price returned to the support of $53,400.

The forecast of a decline to the area of $51,600 remains relevant; however, if buyers are able to fix above the two-hour EMA55 by the end of the day, then bulls will resume their attempts to return the pair above the uptrend line.

Yesterday, the level of $1,660 was holding back the selling pressure. The Ethereum (ETH) price has pierced this level several times but is still holding above it.

If buyers are unable to return the pair within the wide two-week corridor today, then the decline will reach $1,600.

Litecoin (LTC) is the biggest gainer on our list today. The rate of the "digital silver" has gone up by 4.35% since yesterday.

On the daily chart, Litecoin has bounced off the support at $180 having confirmed the power of bulls. Buyers are still accumulating power to keep the growth according to the liquidity level. In this case, there are chances of seeing LTC at the resistance around $208 soon.