Yuri Molchan
Pseudonymous Bitcoin developer known as Cobra has made the Bitcoin white paper and Bitcoin Core software unavailable for downloading in the UK on Bitcoin.org 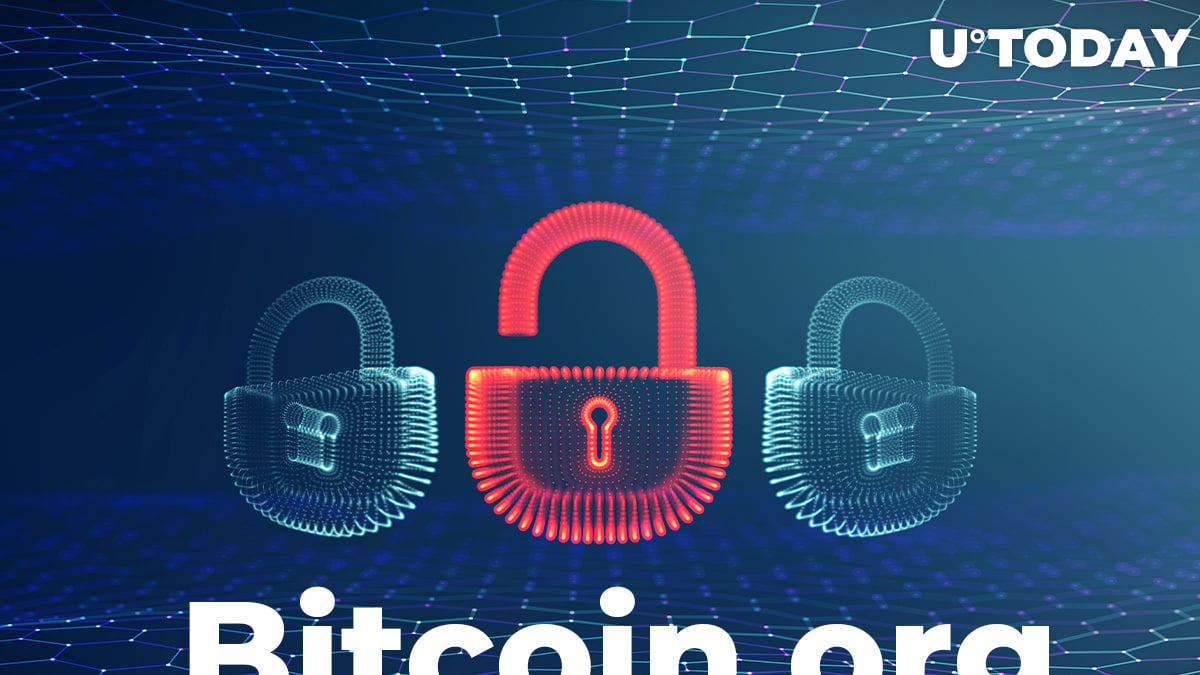 After the ruling made by the court, the anonymous Bitcoin dev Cobra has had to take down the Bitcoin white paper from Bitcoin.org website to prevent spreading it in the United Kingdom.

However, he has also suspended downloads of the Bitcoin Core software for users in the UK.

When questions arose, and Blockstream CEO Adam Back was among those who asked them, Cobra explained that the BTC white paper is stored on the blockchain and can be obtained through this software.

As he is prohibited from spreading this document in any way, the developer decided to shut down the downloading of the Bitcoin software as well. 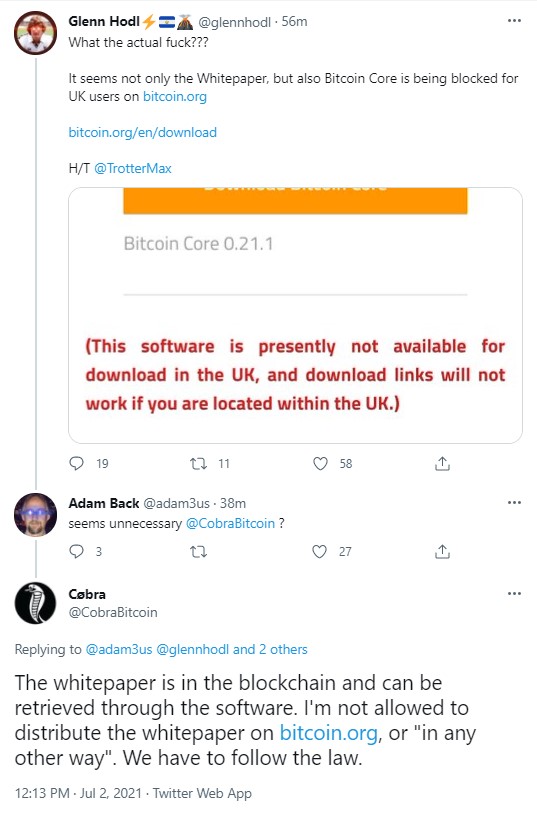 As reported by U.Today earlier this year, the self-proclaimed Satoshi Nakamoto, Australian IT scientist and entrepreneur Craig S. Wright (CSW) demanded that the two websites – Bitcoin.org and Bitcoin Core – had to take down the Bitcoin white paper as they allegedly violated his copyright as the Bitcoin creator.

Wladimir van der Laan, the lead maintainer of the Bitcoin repository on GitHub after Gavin Adresen’s resignation, yielded to the demands of CSW’s lawyers and took the document down immediately.

Cobra refused to do so. However, Wright sued him. As covered by U.Today, since the pseudonymous Bitcoin dev refused to reveal his actual name to the court to defend himself, the victory in the case was granted to Craig Wright.