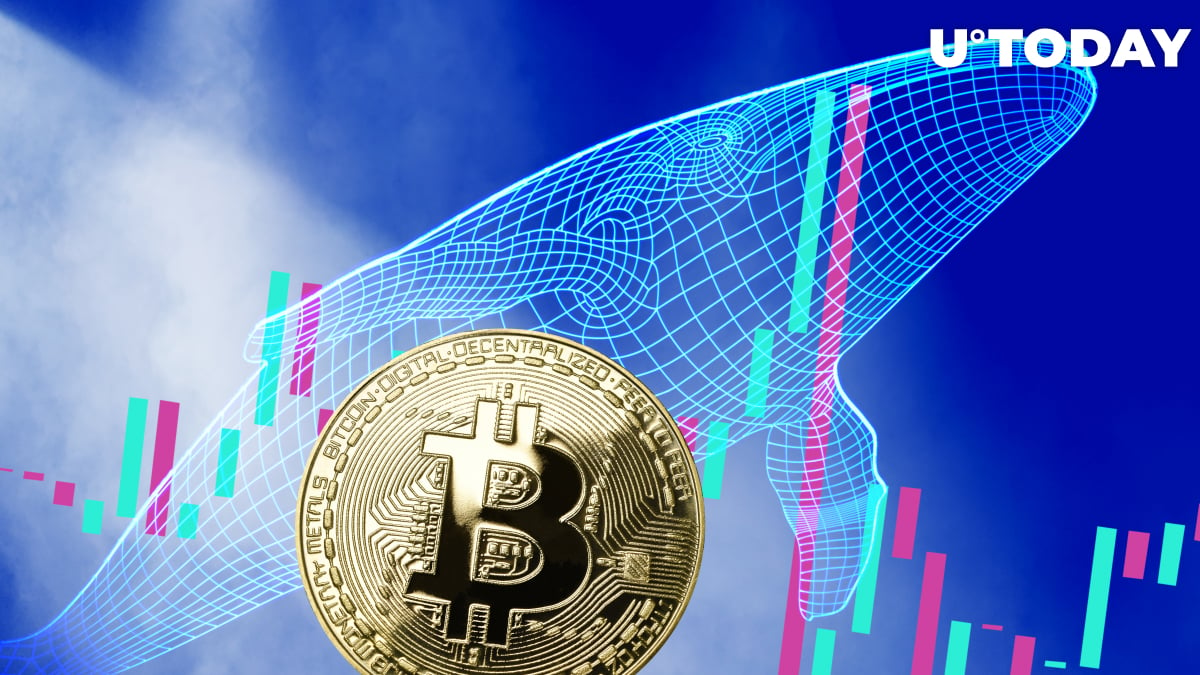 According to data provided by Glassnode, the number of Bitcoin whales that hold at least 1,000 BTC ($18.9 mln at press time) has reached an all-time high for the first time since 2016.

The whale population has once again surpassed 2,000 addresses after the leading cryptocurrency approached its current peak of $19,666. 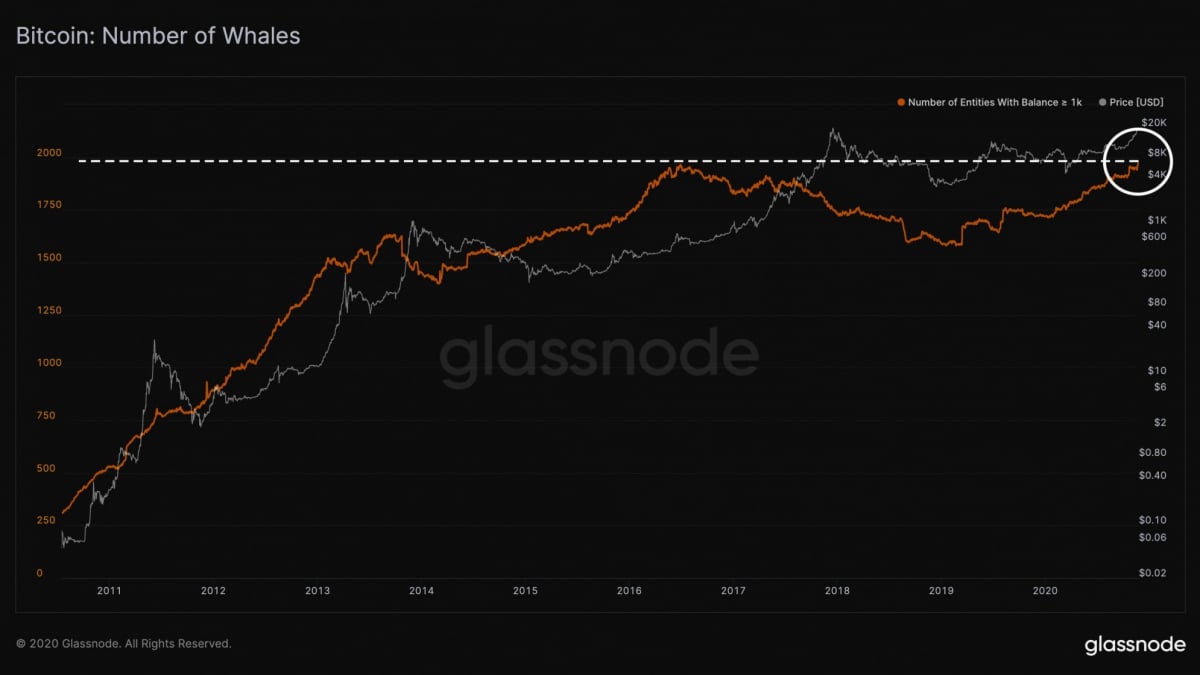 Bitcoin whales have the strongest hands

Deep-pocketed holders accumulating more Bitcoin typically signals the start of a new bullish cycle, which is exactly what happened back in 2016.

Santiment data shows that wallets with over 1,000 BTC tend to have the strongest hands given that they are still accumulating above the $19,000 level.

In the meantime, BTC holders with less than 1 BTC starting to take profits at the $13,000 level, thus likely missing out on Bitcoin’s monster rally.

As reported by U.Today, whales are now in control of the lion’s share of Bitcoin supply, which obviously raises centralization concerns even among some of the cryptocurrency’s proponents.

New whales on the block

In the meantime, payment giants PayPal and Square have emerged as new Bitcoin whales on the block that, according to hedge fund Pantera Capital, are already absorbing almost 70 percent of Bitcoin’s newly minted coins.

On top of that, over 842,351 BTC are currently held in corporate treasuries, which represent 4.01 percent

There appears to appears to be a consensus among analysts that this supply crunch is one of the main reasons why Bitcoin is currently trading near its 2017 high.