Bitcoin on Track to Drop Below $10,000, Peter Schiff Warns 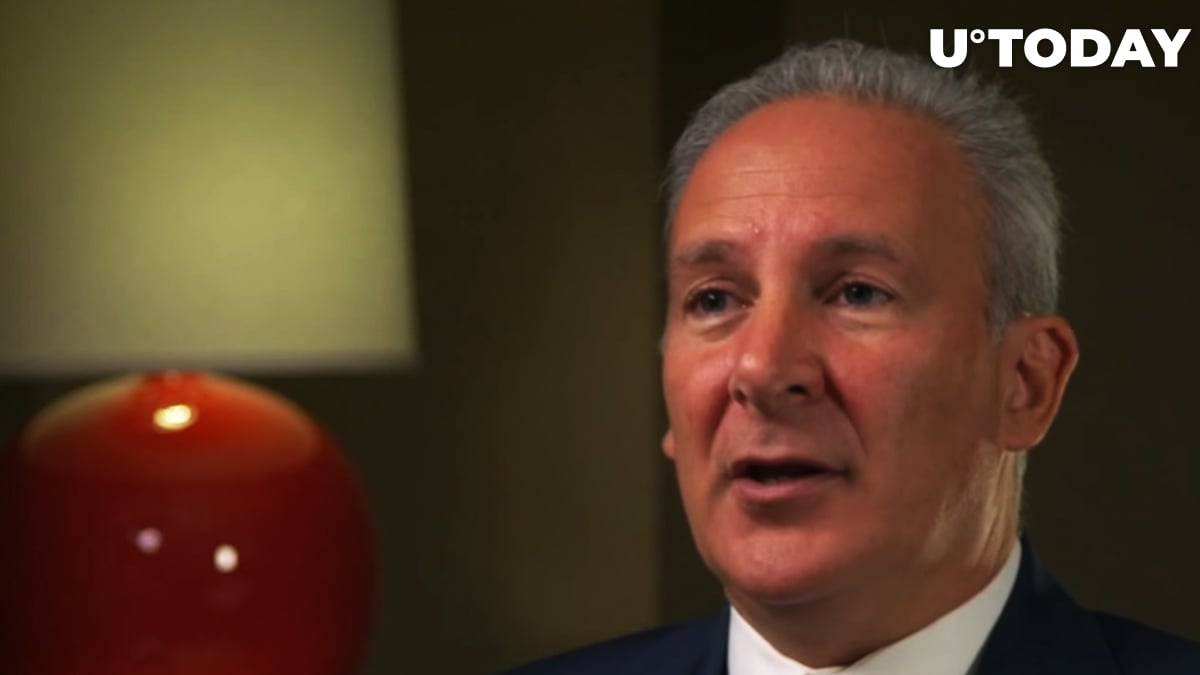 In a recent interview with Kitco, gold bug Peter Schiff predicted that the price of Bitcoin could still drop below the $10,000 level due to forced selling.

He is convinced that Bitcoin topped out at the $69,000 level last November. “I don’t think it’s going to make a new high,” Schiff predicted.

Speaking of Bitcoin’s recent rally, the investor claims that it’s just a sucker’s rally. The largest cryptocurrency is trading slightly below the $24,000 level on major spot exchanges.

Schiff claims that the supply of cryptocurrencies continues to grow. He believes that there’s little difference between Bitcoin and other 20,000 tokens.

Related
Ethereum Price to Soar After Merge If This Scenario Plays Out, Arthur Hayes Says
The prominent investor, who has been bearish on the world’s largest cryptocurrency since 2011, described the largest cryptocurrency as a “greater fool scheme” that will inevitably fail. “All these greater fool schemes always fail. You run out of fools, and the last fool is the bagholder,” Schiff said.

It is worth mentioning that Schiff’s price predictions should be taken with a pinch of salt. Back in August 2019, the libertarian economist and money manager forecasted that the price of Bitcoin would never reach $50,000. Due to the impressive number of failed price calls, some traders now treat Schiff as a contrarian indicator. The gold bug has been predicting the demise of Bitcoin for more than a decade.

Still, even a broken clock is right twice a day. In mid-May, he correctly spotted an ominous formation on the Bitcoin chart. Back then, Bitcoin was trading slightly below the $30,000 level.
#Bitcoin Price Prediction #Peter Schiff