Yuri Molchan
The world's flagship cryptocurrency has surged above the $24,000 level after breaching it briefly two weeks ago - for the second time today 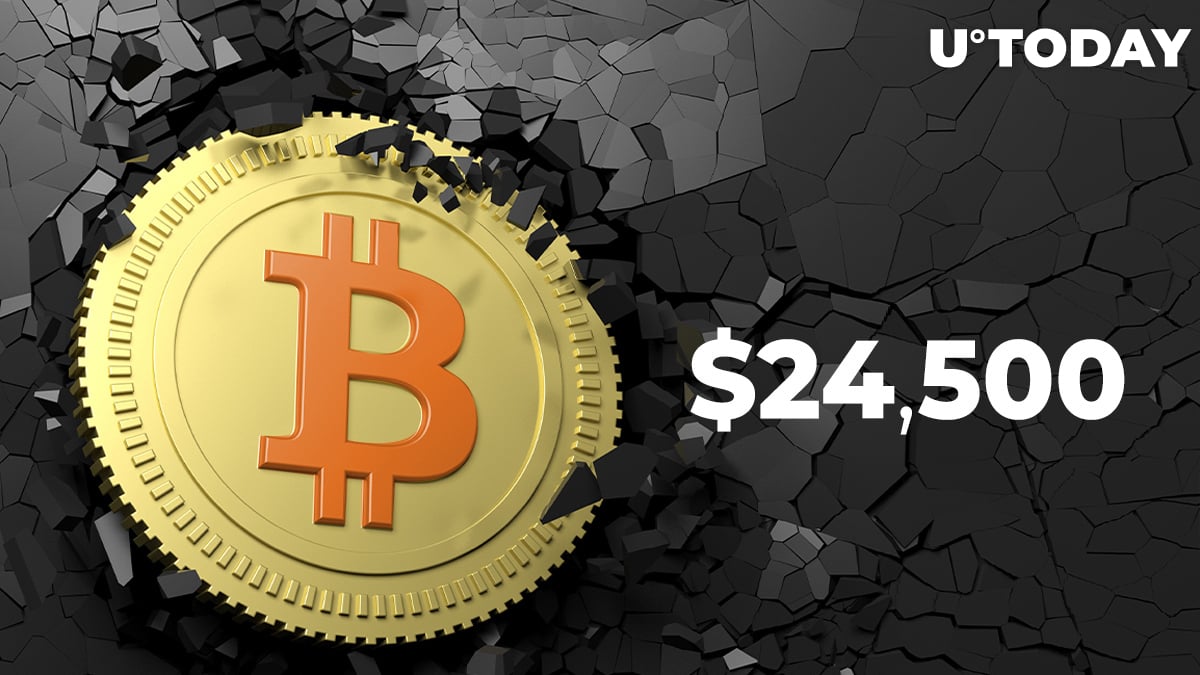 Bitcoin has again surpassed the $24,000 level on charts after breaking above it briefly on Dec. 14.

However, back on that day, Bitcoin trading closed below this historic mark.

It has already ventured above the mark earlier today but did not stay there. Now, it has exceeded the $24,500 level.

Bitcoin gained momentum this autumn after numerous institutional investors rushed into Bitcoin to hold it as a reserve currency to save their cash from devaluation.

The greatest amount of BTC among them was acquired by MicroStrategy (helmed by Bitcoin enthusiast Michael Saylor) and Grayscale Bitcoin Trust.

The latter holds a mammoth-sized $16.3 billion worth of crypto assets under management.

At press time, Bitcoin is changing hands at $24,655, according to figures from TradingView as the asset keeps rising.