Darryn Pollock
Bitcoin is slowly shaking off negative sentiment as it crosses $7,000 after dipping below $6,000 earlier this month 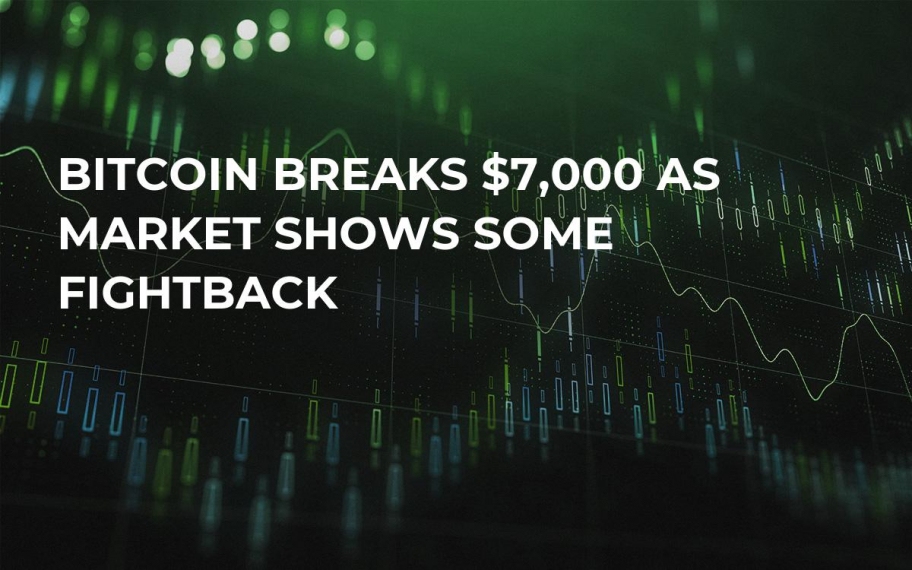 Bitcoin crossed an important milestone, breaching the $7,000 mark on a couple exchanges, such as Bitfinex, after a week of steady growth. The major cryptocurrency shook off the two bouts of bad news that first saw it dip below $6,000 on Aug. 14, relating to ETFs.

The SEC has denied and delayed a number of ETFs in the past few weeks which has played havoc with the price of Bitcoin, yet, despite the limbo in which the market finds itself in when it comes to a decision on ETFs, the move above $7,000 is very welcomed.

The potential for a Bitcoin ETF is being seen as a major opportunity for the cryptocurrency market, as well as for institutional investors as it would offer a chance for new money to flood into the space.

However, the SEC in the US has been coy on granting an ETF license to a number of companies that have put forward such products. It has seen denials of some, delayed decisions, and even reviews and dissents.

The news of the Winklevoss ETF denial, followed by the delayed division of VanEcks saw the Bitcoin market shed off almost $2,000 as it fell from over $8,000 to below $6,000, almost reaching a new year low of below $5,900.

The fightback from that low has been measures and steady as the price of the cryptocurrency has managed to make its way up without too many big pumps or dumps.

The positivity in the Bitcoin market is doing wonders for the rest of the major cryptocurrencies as the likes of Ethereum, EOS, Ripple and Bitcoin Cash are all up between three and four percent.

But the biggest winner is the 13th biggest cryptocurrency, Dash, which has grown a massive 21 percent in 24 hours. This could well have something to do with the way in which Dash is looking to establish itself in places like Venezuela and Zimbabwe where the nation’s fiat currencies have hyperinflated.

In fact, of the top 100 coins, there are hardly any that are suffering losses, and if they are, they are less than a percent.