Darryn Pollock
While it was disappointment at another SEC decision to deny a Bitcoin ETF, there is a brewing of discontent from inside 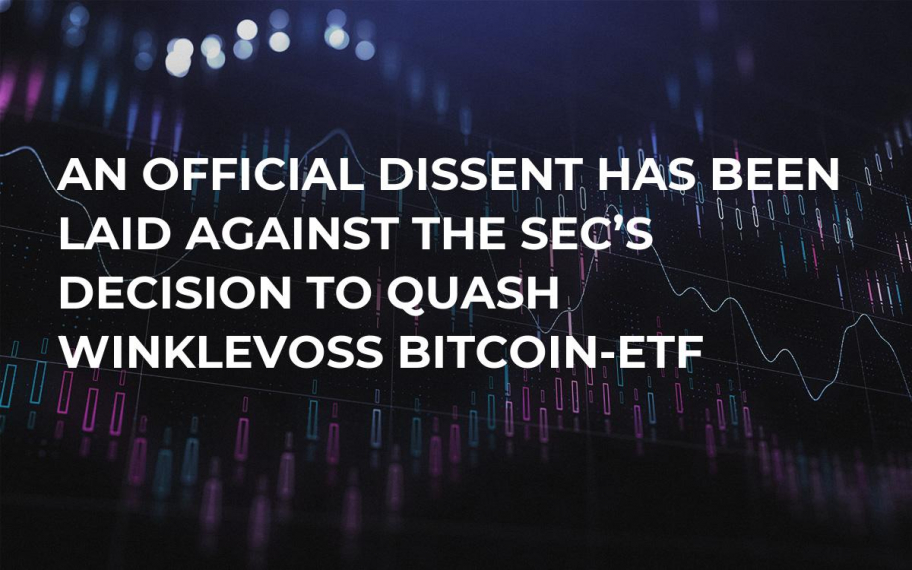 There was a lot of hope and excitement about the potential for the first Bitcoin ETF to be launched, but those who tried to get it done the first time around, the Winklevoss twins. However, their second attempt was quashed by the SEC in a similar manner.

However, while the decision may sound similar to the last time, there is some positive news that has come from this decision. Commissioner Hester M. Peirce has now filed an official dissent to the ruling as she believes that Bitcoin is not being treated fairly or with due process.

Nothing new from SEC

Many believed that, with the influx of ETF applications crossing the SEC’s desk, that there would be a change in attitude from the regulators. However, they have shot down the Winklevoss ETF with reasons that are very similar to a few years ago when they first tried.

In essence, they state that Bitcoin is to easily subject to fraud as well as market manipulation across the cryptocurrency ecosystem. It also concerns the SEC that there is no true and full regulation to control the cryptocurrency market, despite the Winklevoss twins doing all they can to be regulatory compliant with the Gemini exchange.

“Although BZX [the applicant] argues that its proposal can satisfy these requirements because Bitcoin markets are inherently difficult to manipulate, and because alternative means of identifying fraud and manipulation would be sufficient, the Commission concludes that, as discussed above, BZX has not established that these proffered means of compliance—alone or in combination—are sufficient to meet the requirements of Exchange Act Section 6(b)(5),” the refusal read.

In the meantime though, there are those in the SEC who believe that this refusal is not the way forward. Commissioner Peirce has put out a lengthy response to decision stating that there seems to be a bit of an agenda against Bitcoin  and that more participation would help settle and grow the digital currency.

Apparently, bitcoin is not ripe enough, respectable enough, or regulated enough to be worthy of our markets. I dissent: https://t.co/gH5zXaKtmj

“I am concerned that the Commission’s approach undermines investor protection by precluding greater institutionalization of the Bitcoin market. More institutional participation would ameliorate many of the Commission’s concerns with the Bitcoin market that underlie its disapproval order. More generally, the Commission’s interpretation and application of the statutory standard sends a strong signal that innovation is unwelcome in our markets, a signal that may have effects far beyond the fate of Bitcoin ETPs,” Peirce wrote.