Alex Dovbnya
Bitcoin price has seen some major volatility this week, but the market is back in the green 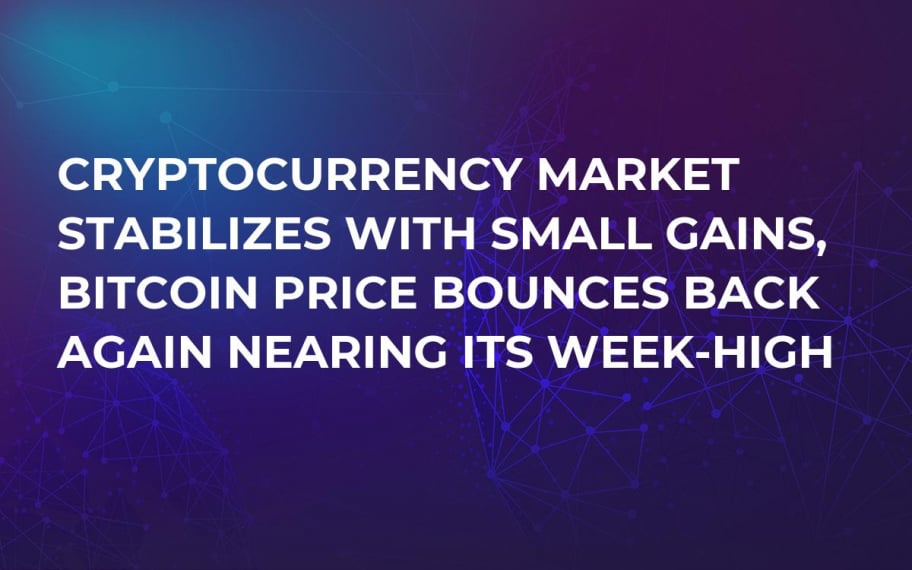 Bitcoin price has recently surged to $6,700, but it is still early to definitely call another proper bull run. Meanwhile, the cryptocurrency market is recovering after a week-long turmoil.

Market ups and downs this week

Speaking of Bitcoin price, this week turned out to be a rather turbulent one for the world’s biggest cryptocurrency. Starting at the $6,400 range on Aug. 20, BTC later witnessed a major uptick on Aug. 22 when its price reached a two-week high, peaking at $6,816. The total crypto market cap also reflected Bitcoin’s bullish trend, rising to $221 bln.

The reason behind this short-lasting rally was the upcoming SEC decision on nine Bitcoin ETFs. Experts also suggest that it might be attributed to the BitMex exchange, which was temporarily shut down. However, the following day a real bloodbath started– the SEC’s rejection made the Bitcoin price plunge to $6,310. The majority of altcoins followed suit. 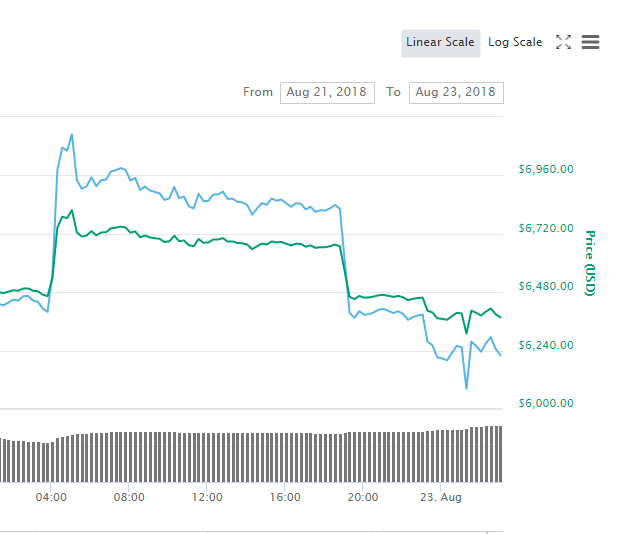 Now, the Bitcoin price is testing $6,700 again. As U.Today reported yesterday, this is due to the fact the cryptocurrency market is still dealing with a minor bear correction.

The total market valuation is currently estimated to be around $215.4 bln.

What to expect from now on?

The bearish trend is obviously continuing, but investors will closely watch what is going to happen on the cusp of an upcoming mid-term rally. As the week is coming to an end, Bitcoin price is setting up a positive momentum. It is worth mentioning that the GTI VERA indicator has recently shown a potential market reversal, so there is a good reason to believe that we are going to witness another bull run in the nearest future.