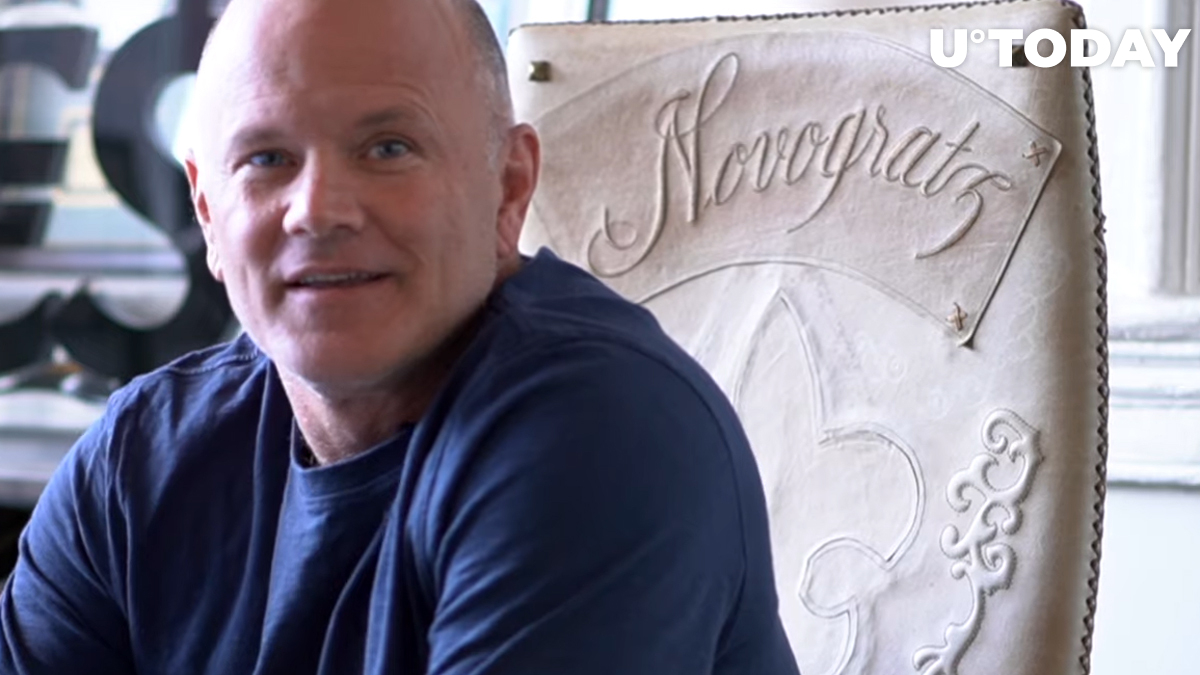 During his interview with a fresh Squawk Box show, Mike Novogratz, CEO and founder of Galaxy Digital crypto hedge fund, shared his view as to why the liquidity crisis of the Chinese Evergrande Real-Estate Group has pushed Bitcoin, Ethereum and the rest of crypto down so hard.

He has also suggested what price levels are important to watch now for BTC and ETH holders.

Hater of Bitcoin, Peter Schiff, has again slammed CNBC for allegedly being biased on BTC.

As reported by U.Today on Monday, the plunge of Bitcoin and other crypto markets has been caused by the liquidity crisis of the second-largest real estate company in China—Evergrande Group—that holds almost $2 trillion in debt from its shareholders.

Its debt securities are due by the end of this week, while the cash reserves of the company to make the necessary payouts are low at the moment.

Novogratz believes that the reason why this has hit the price of Bitcoin, Ethereum and other cryptocurrencies is that many investors believe that a lot of Tether's USDT supply is backed by the securities of Chinese companies, and Evergrande in particular. USDT has managed to perform well over the past few days, while BTC and other crypto were plunging.

USDT is the most popular stablecoin in the market, and it is often used for purchasing and selling Bitcoin, ETH and other digital assets on crypto exchanges.

"One of the biggest worries in #crypto has been the stablecoin called #tether. Tether has performed very well through this entire thing but people have this idea that tether has got lots of their stablecoins backed by Chinese commercial paper," says @novogratz on #evergrande #btc pic.twitter.com/Wwb5wK3crP

However, Chinese crypto journalist Colin Wu tweeted on Monday that Tether confirmed not holding any commercial paper issued by Evergrande.

Galaxy Digital CEO also shared his take on the current plunge of Bitcoin and Ethereum in particular. Novogratz believes that $40,000 for Bitcoin and $2,800 for Ethereum are very important levels to watch at the moment.

As long as the first- and second-largest cryptos hold above them, he states, the market is in good shape.

At press time, Bitcoin is changing hands at $43,179, and Ethereum is sitting at $3,031, according to data provided by CoinMarketCap.

During this plunge, Bitcoin has hit the lowest level since August.

"We held $40,000 overnight in #bitcoin and $2,800 in #ethereum. Those are very important levels for people to watch. As long as those hold, I think the market is in good shape," says @novogratz on #crypto during #evergrande. pic.twitter.com/hcKuhUssAq

Vocal Bitcoin critic and lover of gold Peter Schiff has taken to Twitter to pour some more criticism on CNBC regarding the leading digital currency.

The Euro Pacific Capital founder tweeted that CNBC is a "paid marketing platform" after the interview with Mike Novogratz took place. As for Novo, Schiff has doubted that his opinion on Bitcoin is totally unbiased.