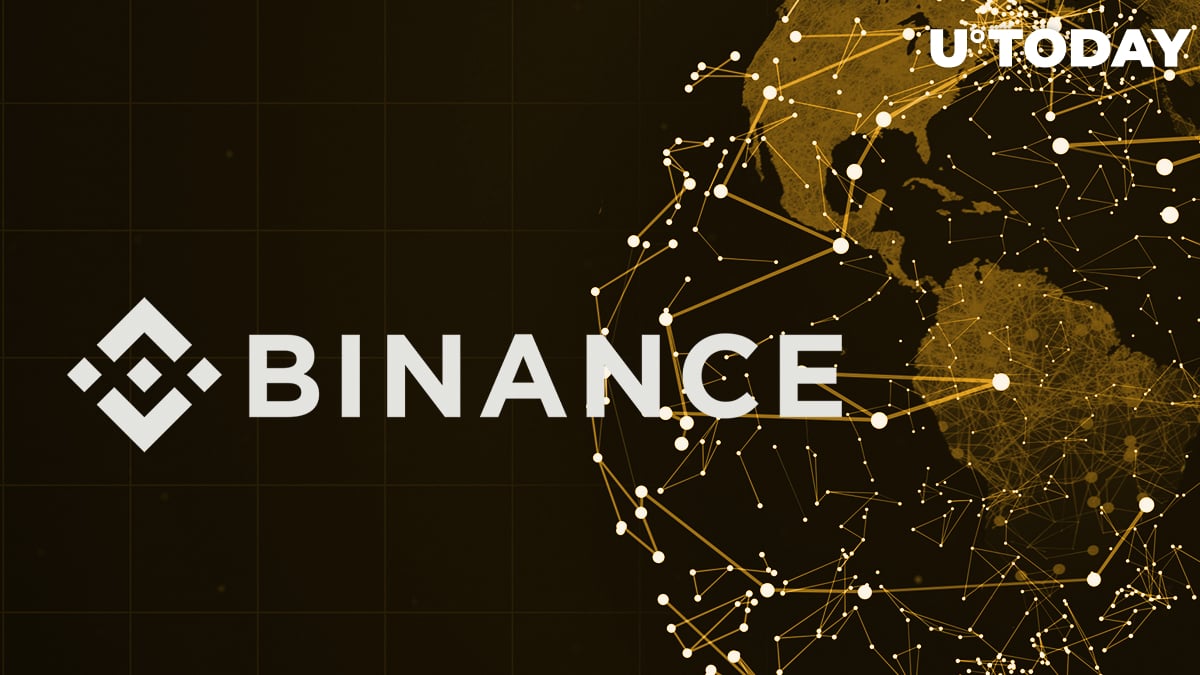 An hour ago, the head of the largest exchange, Binance, CZ, tweeted that trading operations on Binance had resumed. An hour before that Binance reported the completion of upgrading the spot trading system. 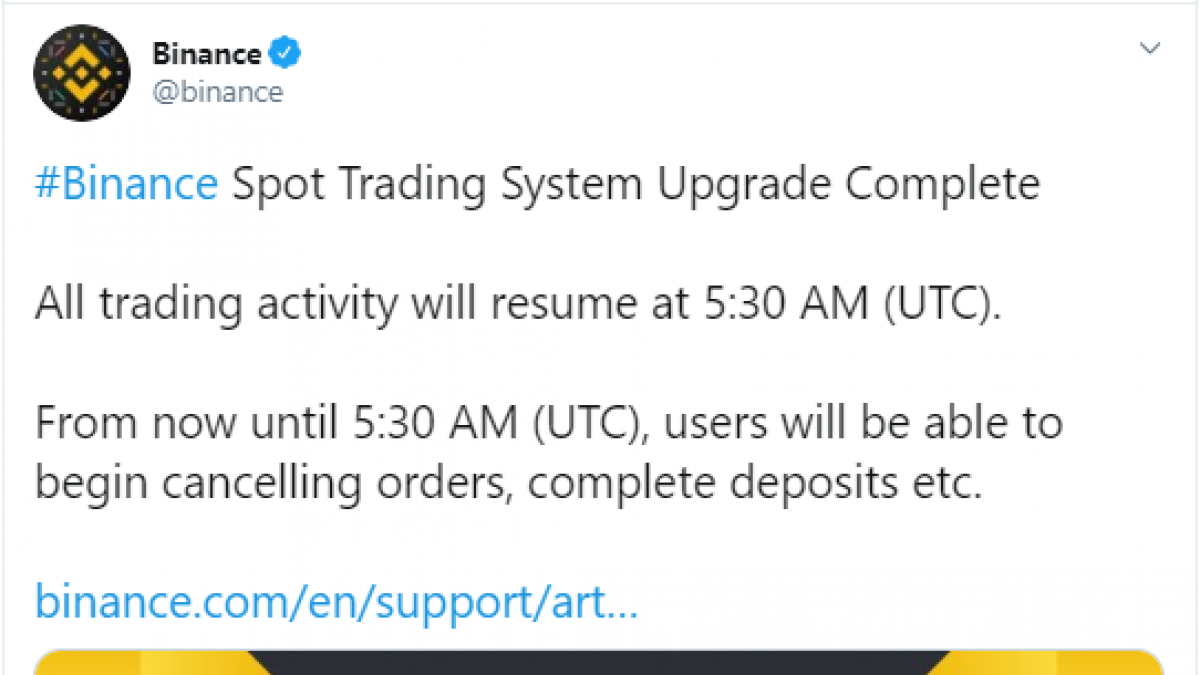 CZ has called it the largest upgrade to date. The entrepreneur stated that in the course of working on upgrading the system, Binance switched its matching engine to a new programming language. The team rewrote all codes from scratch.

The head of the exchange emphasized that the major upgrade that has just been implemented took two years to prepare. It is now expected to improve the exchange performance. 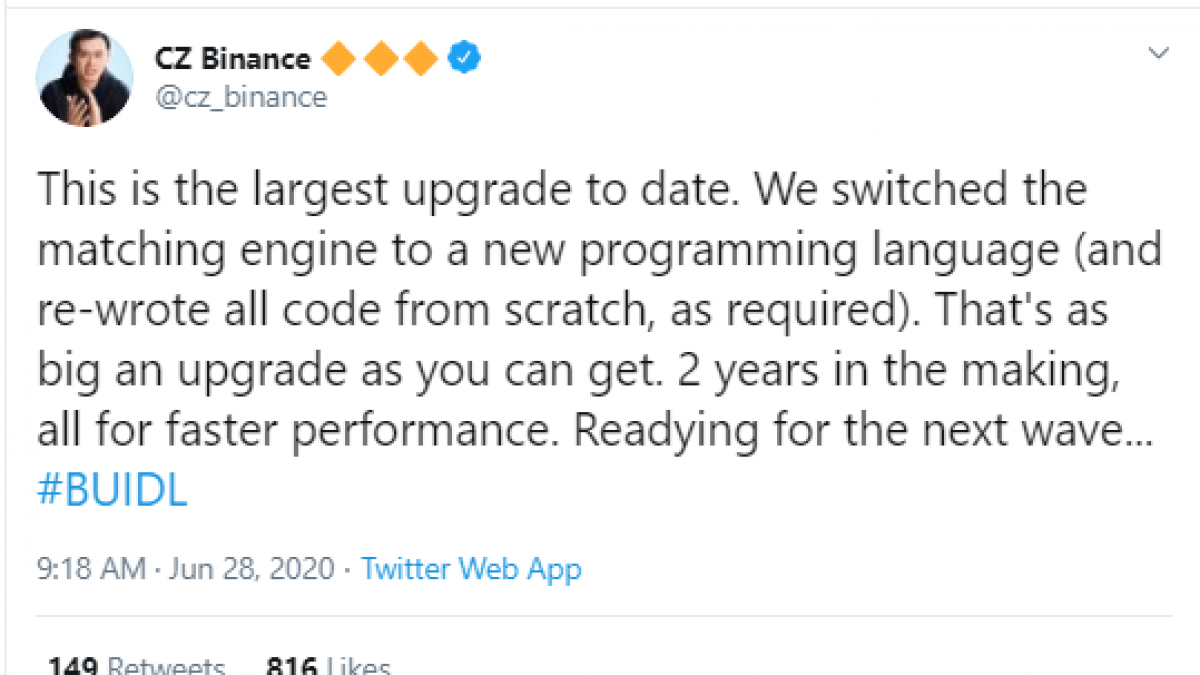 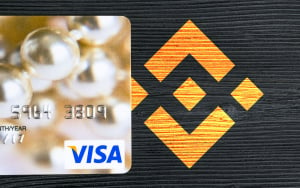 Previously, many traders criticized Binance for slow performance and numerous glitches in the system, insisting that the bugs should be fixed before adding more trading pairs and futures contracts on new coins.