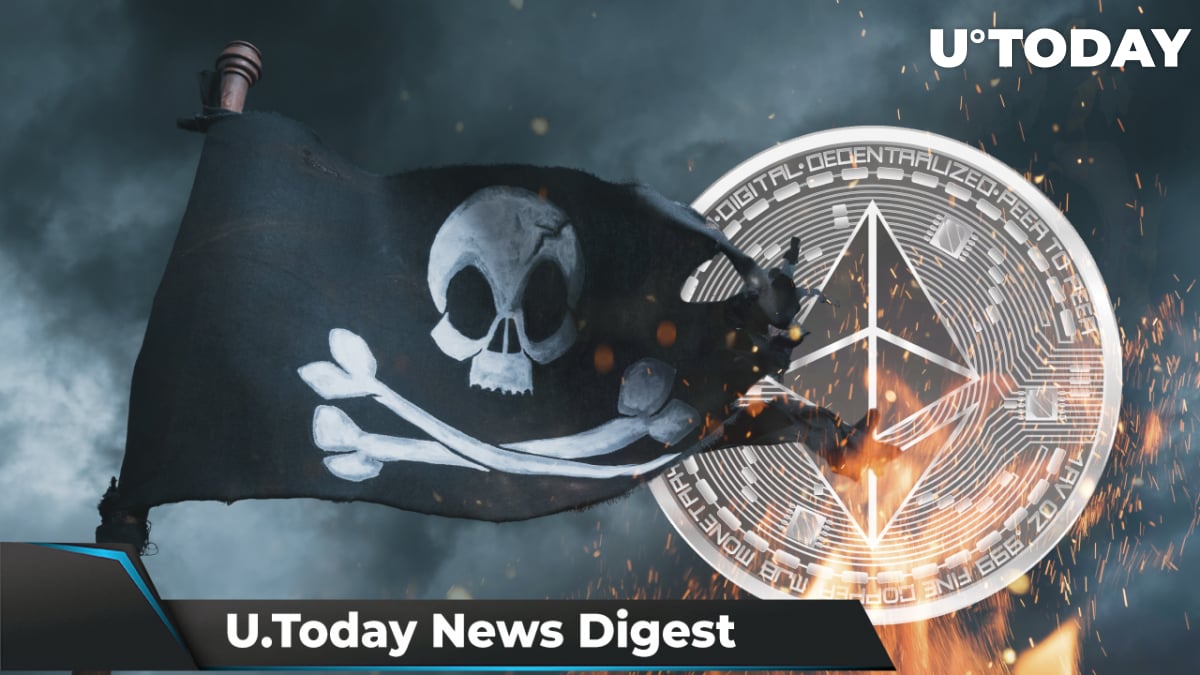 Australian man “pirated” all NFTs on Ethereum and Solana

Yesterday, Twitter users were shaken by a post from a software developer from Australia, who appeared to right-click all NFTs minted on Ethereum and Solana. Geoffrey Huntley, the man behind this mind-blowing stunt, created a 17.96 terabyte torrent website called The NFT Bay, where one can find a gigantic collection of NFT screenshots. Huntley calls his work an “art project,” adding that it is meant for others to study "this generation's tulip mania."

The burning mechanism that takes a large portion of ETH coins out of circulation is one of the main things fueling Ethereum’s bullrun. At the moment, the mechanism presented in the EIP-1559 update has helped to burn more than 930,000 ETH. With the current burn rate at around 12,000 coins per day, the network will see the millionth coin being burned in the next 4-5 days.

Shiba Inu can now be traded against euro on Bitpanda

Yesterday, Peter Thiel’s Bitpanda announced that it added a euro trading pair for the Shiba Inu cryptocurrency. The pair was promised to become fully available for trading today, on Nov. 19. Initially, Bitpanda added support for the SHIB token in early October, which came before the cryptocurrency's eye-popping rally that took place last month.

According to Whalestats, despite Shiba Inu's poor market performance, large investors are still interested in purchasing some tokens for their portfolios. The on-chain data shows that they have decided to increase their position in the meme-based tokens, making Shiba Inu gain additional dominance compared to previous periods. As of yesterday, 21% of the biggest wallets hold Shiba Inu, compared to 17% on Wednesday.