A Need to Demand to be Regulated in Cryptocurrency Space

Darryn Pollock
Instead of shunning the regulators, Bitcoiners should demand their service providers embrace it 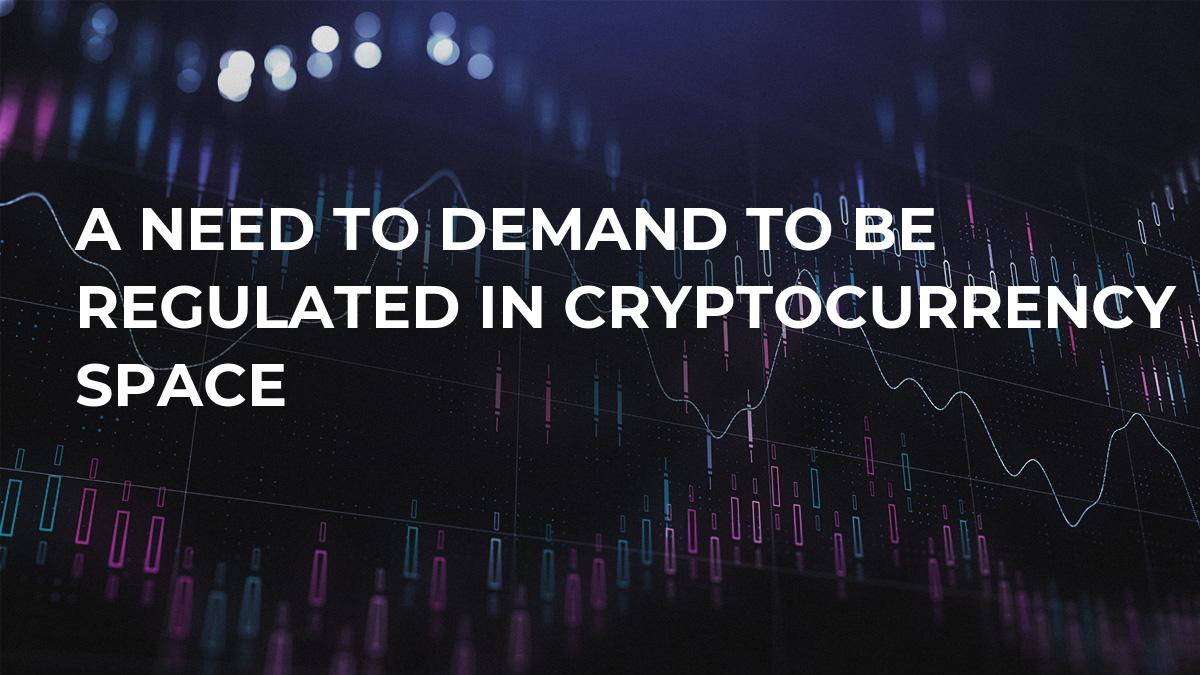 Bitcoin, Bitcoiners, and those who operate in the cryptocurrency space face a new threat, one that attacks at their very core. Since its inception, Bitcoin has been intended to help escape the clutches of the banks and governments, and deliver economic freedom, but that is more idealistic than realistic.

Bitcoin, while trying to be the path to economic freedom, also has to try and break into the mainstream and become mass adopted. This, however, can only happen if it is allowed to in normal society. There is no breakdown in society where Bitcoin can rise up, it has to be allowed to flourish.

It is the regulators and governments that will set the tone and pace for Bitcoin to succeed as a mainstream and mass adopted currency, and, to fight against this, will only drive it back into the obscure reaches of the dark web and less known places.

Demand to be regulated

Currently, those Bitcoin and cryptocurrency operators who offer digital currency services, exchanges as a key example, walk a line with the regulators as they have mostly not decided on their way forward.

Thus, while these services battle on those fronts, it is important for cryptocurrency users to push the same regulatory need from the grassroots. Only then with the Bitcoin services, the companies and the opportunities fall fully into line with what is needed to exist.

Of course, it still all remains quite varied as country by country try and make their own path in crypto regulations. Some have gone to the extreme, such as China, while others are much more open to finding out more.

While the general impression of regulators is that they want to stamp out the entire crypto market, that is probably not a true reflection. There are more and more uses for Blockchain emerging, and governments like the idea of Blockchain technology, so they are more likely to look for that balance.