ZRX Rallies by 40% While Having Anemic Performance for Last Year 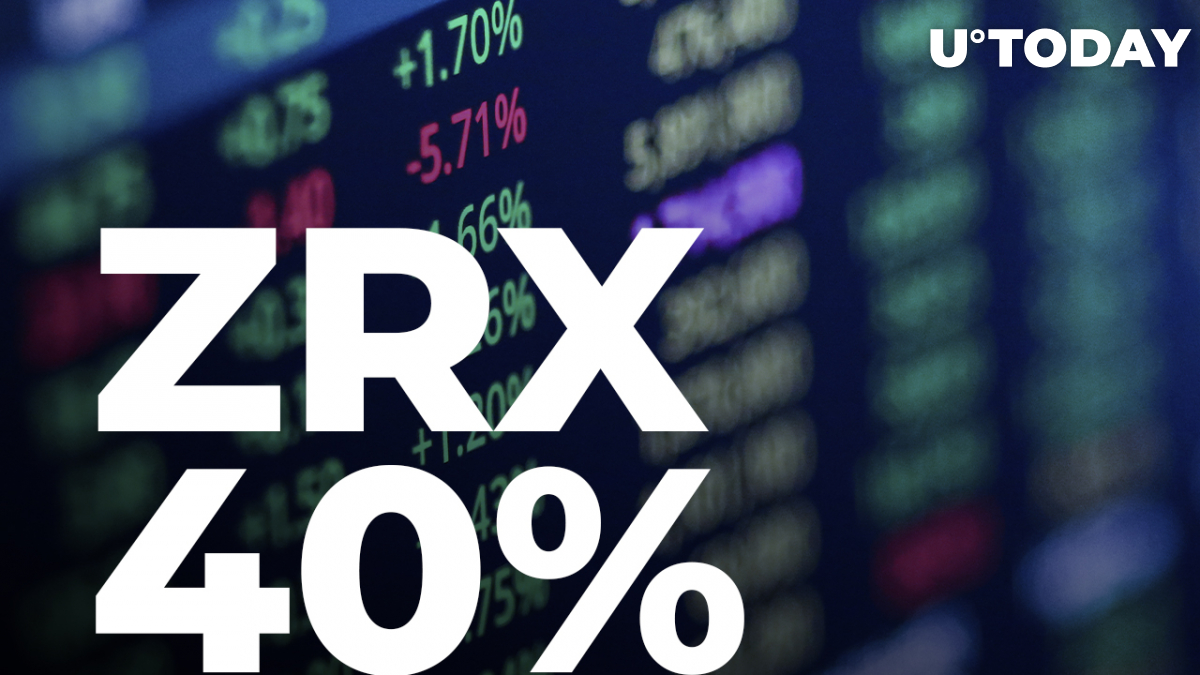 Another coin that had been around in the cryptocurrency industry since 2018 0x (ZRX) unexpectedly rallied by more than 30% despite showing no outstanding moves since 2021, dropping the correlation with the majority of altcoins and Bitcoin.

At some point, ZRX 24 hour performance showed a 59% price increase but then the coin retraced for approximately 20%. Such a volatile price performance is usually tied to the speculative nature of a price rally.

According to data provided by Santiment on-chain metrics tracker, a large whale transaction volume followed the 29% pump. The number of large transactions hit a four-week high as 52 transactions larger than $100,000 appeared.

Such a large transactional volume among whales should not be considered as something extremely positive amid a rapid price increase as it may be tied to the incoming selling pressure, and investors tend to move the asset for profit on the market.

According to the IntoTheBlock data, 0x is one of the most profitable assets on the cryptocurrency market with 72% profitability. Cryptocurrencies with profitability above 50% and below 75% are considered relatively stable as most investors remain in profit but do not massively take profit.

0x is an infrastructure protocol that allows exchanging ERC20 tokens and other Ethereum-powered assets with no third party like CEXs. Projects mostly function on open-source smart contracts with easy-to-implement products.