XRP Price Stays Green in Red Market — Late to the Party or Another Reason for Price Spike?

Jack Thomas
?️?XRP, after being stuck in a rut, has ridden the latest rally’s wave, but even had a late individual rally of its own – what’s the reason? 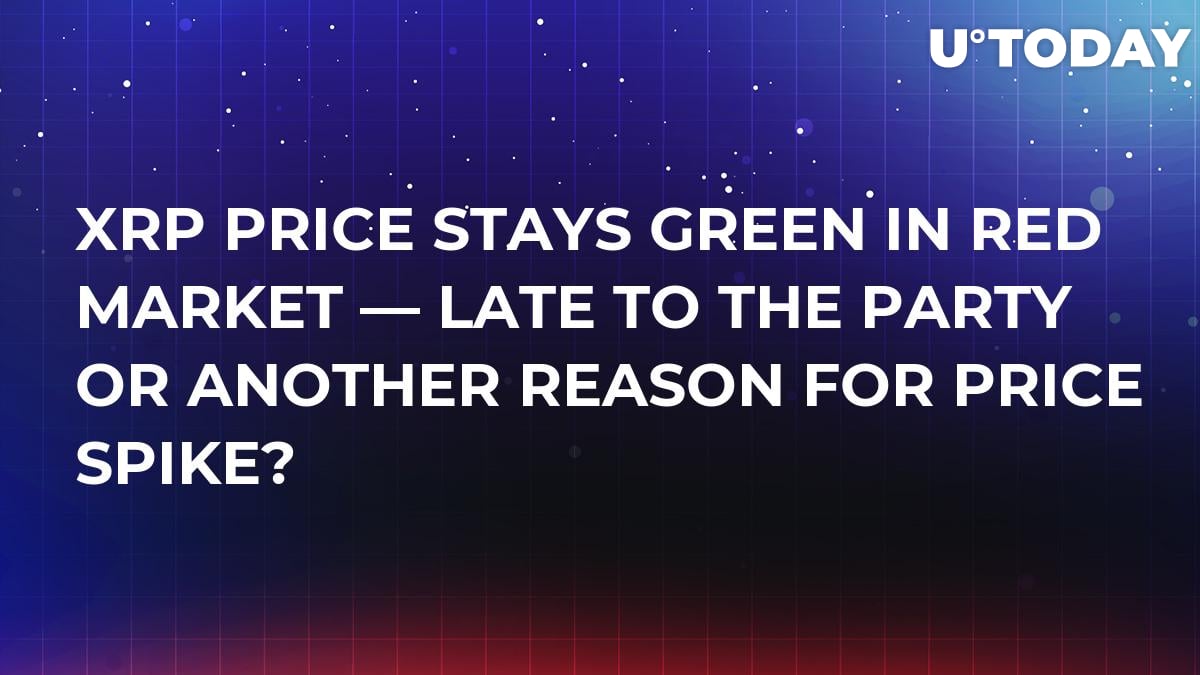 The recent cryptocurrency rally has been an interesting one to dissect. First there was the change in sentiment through Q1 of 2019, thanks quite heavily to Litecoin’s doubling in price. Suddenly, Bitcoin joined in and managed to jump beyond $5,000 after hovering just below $4,000. Now, in a little correction, XRP has come to the party.

However, rather than just riding the coattails of this rally, XRP has finally come into its own with a price spike on a day when most of the other top cryptocurrencies are all seeing red, and even Bitcoin is back below the $5,000 mark.

The question now is whether Ripple and its token are doing something good on the back of this rally to further push its price up, or is it simply a case that XRP is a little late to the party.

Currently, XRP is up nearly six percent over the last 24 hours, and this compares to Bitcoin being down near two percent. In fact, other coins, like Bitcoin Cash, which was rallying hard through this week, is now down almost six percent.

The Ripple token has actually surged 13 percent from its 24 hour price taken early this morning. The move has taken XRP from an intraday low of $0.330 to its highest level since early January, $0.373.

The coin managed to break the shackles of the $0.33 mark thanks to the general market rally, but its continued growth has also predominantly been about the movement of Bitcoin rather than anything it has done.

In saying that, Ripple has been busy behind the scenes with more partnerships coming to the fore. A recent partnership announcement with UK finance firm RationalFX yesterday may have driven momentum.

The timing of such a partnership is also key as there have been other announcements when XRP was in its price bubble and yet there was hardly any movement.

It has also been reported that Gmail users will now be able to send XRP to each other via a new Chrome plugin called MoneyMessage.