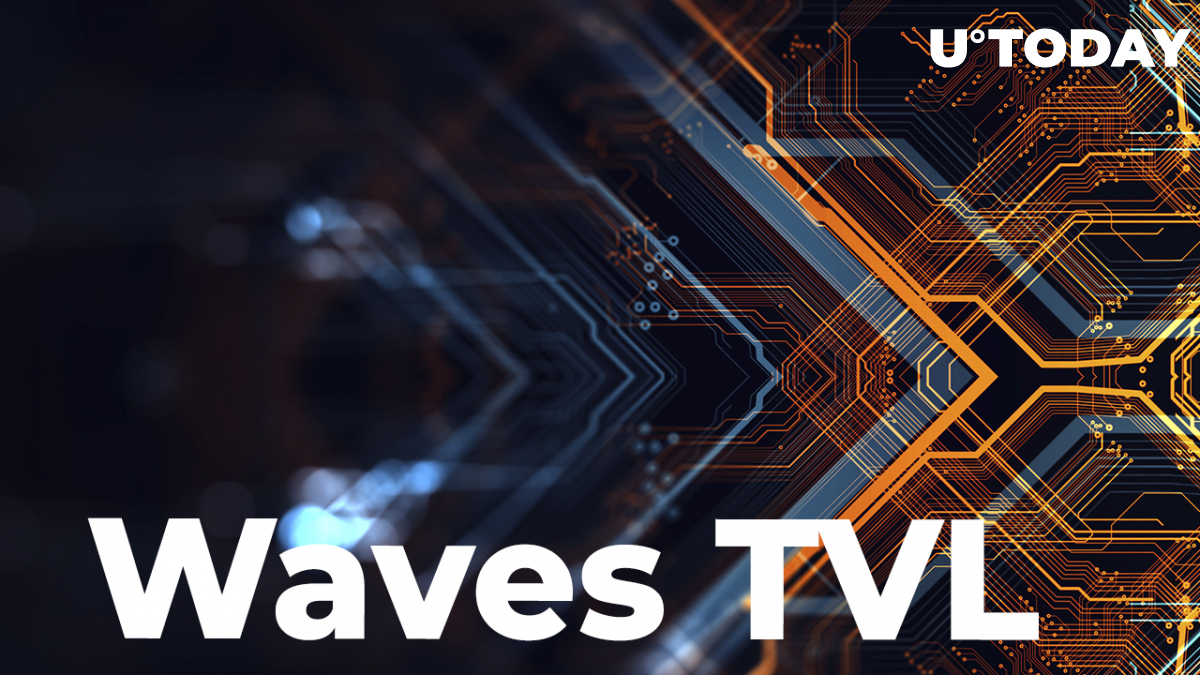 The total value of funds locked on Waves smart contracts platforms increases massively after the token's price spikes by more than 60% in the last 24 hours, as DeFiLIama reports. The total growth since March's bottom is currently at approximately 530%.

As the decentralized services tracker suggests, the total value of funds locked on the blockchain exceeds $4.18, which makes Waves one of the biggest TVL providers on Ethereum network.

Waves is placed eighth among the presented chains at the top. The biggest TVL provided for Ethereum is still Terra (LUNA) with $28.4 billion, while Binance Chain is in second place with $13 billion in TVL provided.

Projects on Waves blockchain, like Neutrino and Vires Finance, are the largest TVL providers for the network, with a total of $4.29 billion of locked funds, which puts the dominance of first and the second places at around 99%.

The cryptocurrency gained a spotlight on the market after a mind-blowing price performance, which ended with a 530% rally since the bottom reached in March. Shortly after the slight recovery of the market in general, Waves, for whatever reason, reached the September's high of $34.

According to both the technical and fundamental analysis, there were no signs of such a rapid and strong price increase in a matter of days for Waves as no major updates have been made or planned.

The most likely reason behind the 530% and 60% pumps is speculative interest toward the coin that remains actual thanks to the DeFi industry and would have recently attracted institutional funds in a similar way to blockchains like Cardano or Solana.