Shiba Inu Comes Back with Massive 30% Spike in March, Whales' Transactions Increase by 349% 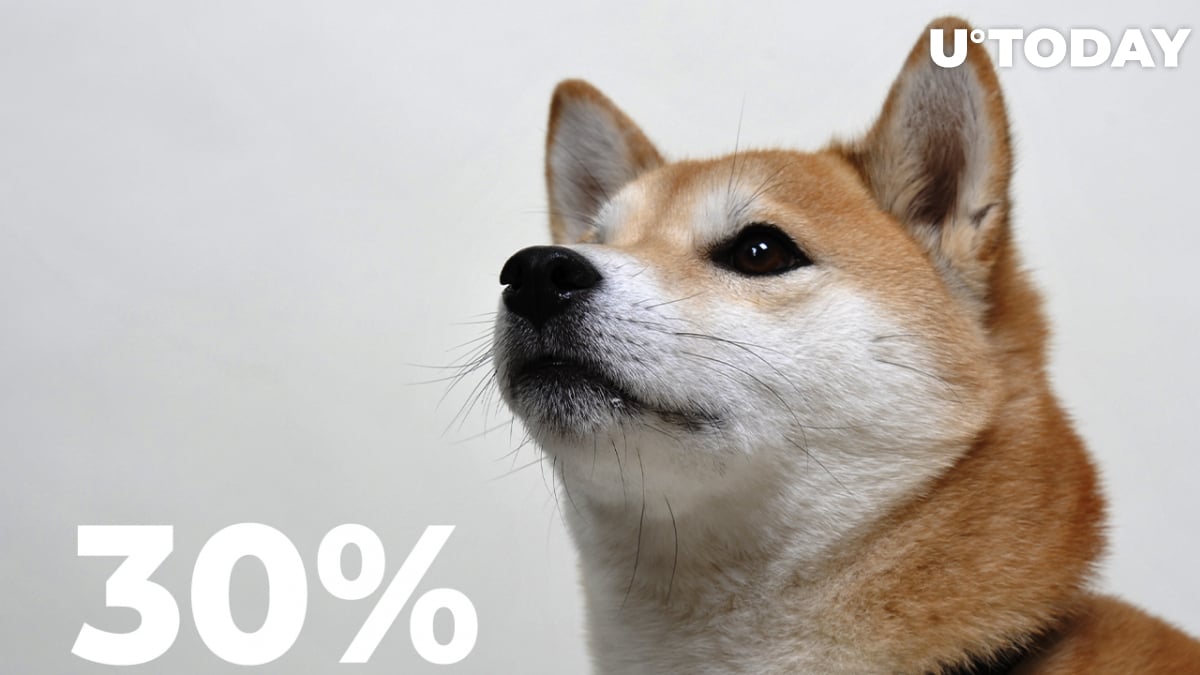 Shiba Inu once again disrupts the cryptocurrency market with a strong comeback on the scene in March. Since the lowest trading point in March, SHIB has gained around 30%, which caused an immediate reaction among whales that started actively moving their funds, according to TradingView.

As the Shiba Inu chart suggests, the asset is currently moving in a 25% rally for the last two weeks, showing that risk-on tendencies have returned to the market. We should also point out that SHIB trading volume also saw a major spike on March 28, which made the day the most intense trading one in the last month.

It is also noticeable that the number of large transactions made by whales increased by almost 350% which is a mind-blowing number for a relatively small-cap altcoin like Shiba Inu. Despite the absence of major buying power, whales are most likely redistributing funds to sell or buy additional SHIB tokens.

Previously, because of the absence of almost any kind of volatility on Shiba Inu tokens, it was relatively hard to use various technical analysis tools; hence, the majority of market participants were unable to properly use this method of price movement prediction and analysis.

But thanks to increased volatility, indicators like the Relative Strength Index and Moving Averages became useful again. According to data provided by indicators, Shiba Inu's spike in volatility was followed by the tightening of various moving averages, including 50- and 200-day lines.

As for the RSI, the indicator's value reached 65, which puts the token close to the "overbought zone," which quite often becomes a reason for a price reversal. At press time, Shiba Inu trades at $0.00002759 with a 4% price increase in the last 24 hours.